She accidentally drove into a pond, but her call for help reached a 911 center in the wrong county. Five years later that center is the first in GA to overhaul 911. 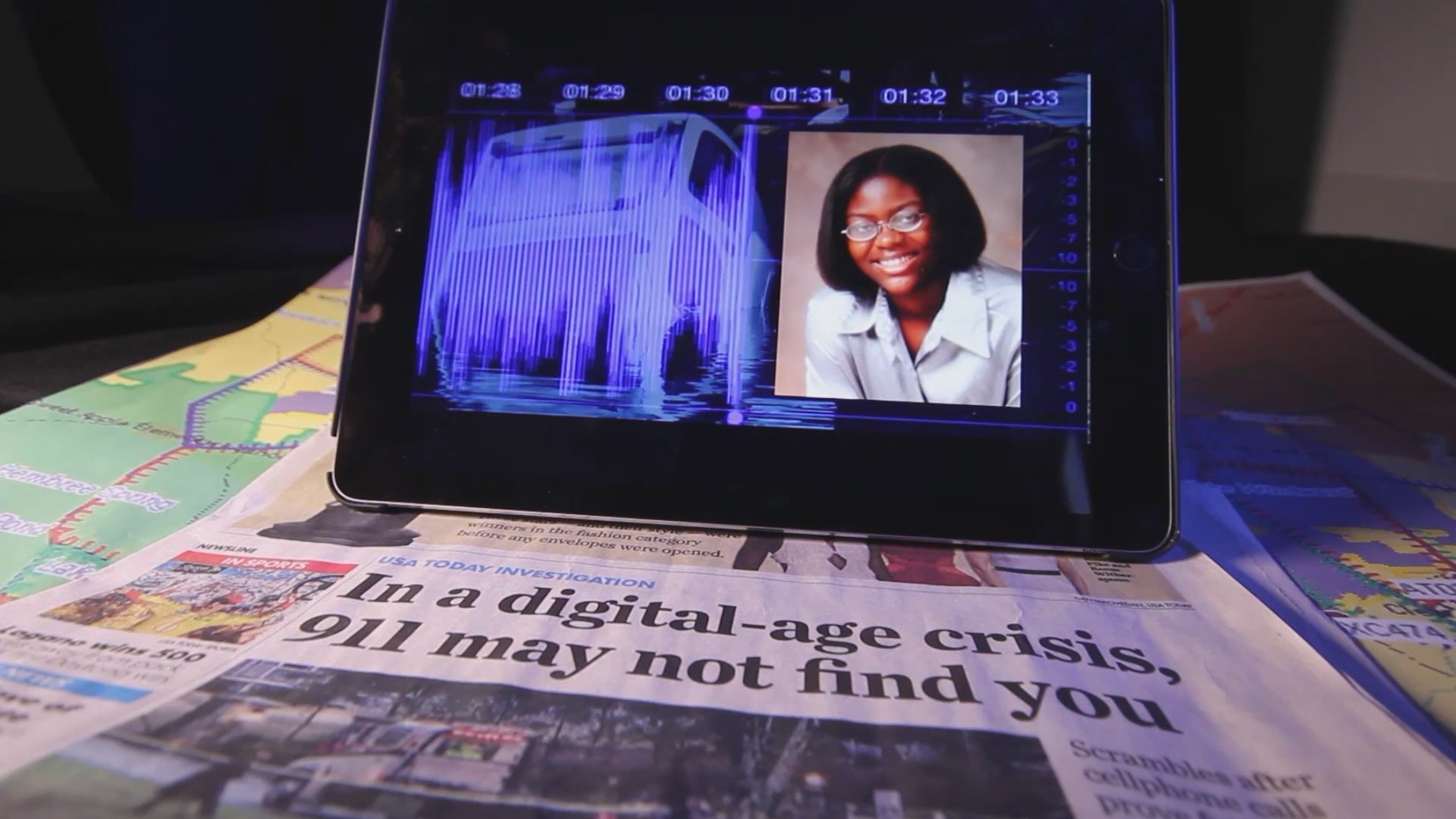 ALPHARETTA, Ga. — Alpharetta now has the first Next Generation 911 center in the state of Georgia.

It’s no coincidence that this 911 center answered a call for help from a woman trapped in her sinking SUV five years ago.

Shanell Anderson accidentally drove into a Cherokee County pond in the early morning darkness of Dec. 29, 2014. As water surrounded her doors, and the vehicle slipped below the surface, Shanell called 911.

She reached Alpharetta 911 because the call from her cellphone was picked up by a tower in the next county.

It took rescuers 19 minutes just to find the correct pond. By the time they reached her, Shanell had drowned. They revived her, but she never regained consciousness and died days later in the hospital.

11Alive Chief Investigator Brendan Keefe began investigating 911 as soon as he heard a recording of Shanell’s call. That first series of 14 reports over two years would reveal stunning weaknesses in the nation’s 911 system, and uncover Georgia’s surrender to local jurisdictions while the state pocketed more than $13 million in 911 fees for the state’s general fund.

In 2014, 911 centers had difficulty locating cell phones in about half of all emergency calls nationwide. Proprietary maps used by dispatchers often stopped at the county line, which is why Shanell’s address never plotted on Alpharetta 911’s computers. And calls were routed by the cell tower address, not the caller’s actual location, resulting in misroutes like the one that killed Shanell.

11Alive confronted then-Governor Nathan Deal multiple times over two years, asking why he was not following his own 911 commission’s recommendation to create a statewide agency to oversee and modernize 911.

The Georgia Emergency Communications Authority (GECA) was created by Gov. Deal after the Georgia General Assembly passed a bill pushing for it. The GECA now oversees all 911 fees in the state, disbursing more than $200 million to local 911 centers per year.

Georgia also received a nearly $4 million dollar federal grant this year to fund the state’s conversion to Next Generation 911.

Without Chief Hall, we would never have known about the nationwide issues locating cell phones during a 911 call. In our first interview in January 2015, Chief Hall told us, “every day we get calls from cell phones, and we get a tower address and that’s it.”

It was a stunning admission, and one that led to 11Alive's now five-year investigation.

RELATED: He died on the line with 911. They couldn't find him.

In January 2019, we reopened our investigation.

The problem locating cell phones was mostly solved, but all 911 calls across the nation were still routed by the tower address instead of the location of the actual emergency.

The Reveal uncovered previously-unknown 911 calls from the Marjory Stoneman Douglas High School shooting in Florida. We found that every single call from inside the Parkland high school went to the 911 center in the next city, Coral Springs, which could not dispatch police.

Similarly, we showed how calls reporting a fatal plane crash in Atlanta one year ago went to three different 911 centers, including one in another county. Callers were transferred from live dispatchers - in the wrong 911 centers - to recordings at Atlanta 911 saying all operators were busy.

The first — and only — Next Generation 911 center in Georgia

Chief Hall told us that he is still haunted by Shanell Anderson’s call for help five years ago.

“Change has been affected one hundred percent solely because of her,” Hall said. “Legislature, FCC, Washington.”

The FCC cited our investigation - and Shanell’s death - when launching a notice of inquiry to explore new regulations that would require wireless companies to route calls by the phone’s location.

Now, Alpharetta 911 does exactly that.

Chief Hall pushed Alpharetta city leaders to approve a first-in-the-state conversion to Next Generation 911. They funded it entirely from existing 911 fees without spending any additional taxpayer money.

“Our number of transfers has been greatly reduced,” Hall said.

That’s because all 911 calls picked up by towers inside Alpharetta are correctly routed by the caller’s actual location, not the tower address.

RELATED: She called 911 when a plane crashed. 'They put me on hold'

But Alpharetta is an island, for now. It’s not just the first 911 center in the state to make the conversion to the upgraded system - it’s also the only Next Generation 911 system in Georgia.

The new GECA, created after of our investigation, is working hard to change that. The state agency is spending millions of dollars to help local 911 centers move to Next Generation 911, and they’re creating new curriculum at the state public safety academy to train dispatchers and 911 directors on how to use the new technology.

The GECA is also collecting and consolidating all of the proprietary maps from Georgia cities and counties, sharing them among 911 centers, so no caller can fall off the map like Shanell did in 2014.

Chief Carl Hall of Alpharetta sums up what still needs to be done: “Additional 911 centers will have to come on board to the Next-Gen format. That will allow us to improve how we route calls, because everyone is playing in the same sandbox,” Hall said.

All of this started the day Shanell Anderson’s life ended. Her death has inspired changes in Alpharetta, Georgia, and in the federal government. Shanell’s call for help will end up saving an untold number of lives.