After missing a court appearance while grieving the death of her two-month-old, Janae went back to court and was told she had to prove her child's death on the spot. 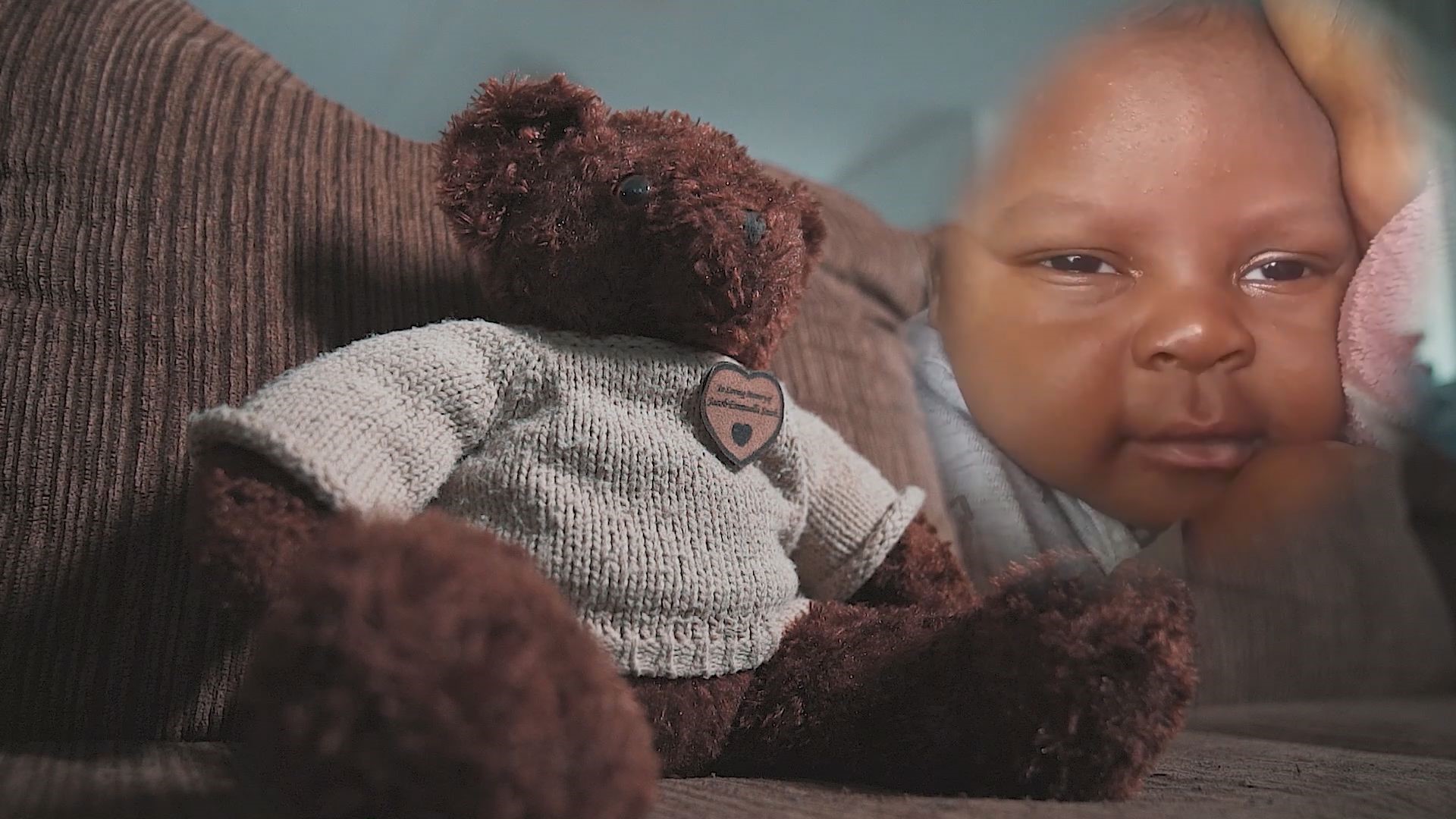 DEKALB COUNTY, Ga. — Who would lie about the death of their child?

That’s the question a metro-Atlanta mother is asking after she went to court for a traffic ticket and says she felt forced to prove - on the spot - her baby had died.

Janae Smith says despite the lies people sometimes tell in court, her incident is an example of why the legal system needs more compassion and humanity.

Smith’s journey to that courtroom started long before she was even required to appear and defend why she rolled through a stop sign without coming to a complete stop.

Domestic violence had taken almost everything from the 32-year-old mother of three. Her children’s smiling faces were one of the few things that still gave her hope.

The kids, ages seven, five and, a baby boy – who will forever remain 2-months-old.

“He was born December fourth,” Smith said, as if she was transporting herself back to that day. “He was just a very happy baby. Always smiled […] then one day I woke up and he was gone.”

Janae couldn’t save her baby boy.

“I didn't know what was wrong,” Smith said. “The ambulance came and took him, and they tried to save him at the hospital, but it didn’t work.”

“I honestly have to say that there's nothing worse in life than not being able to give life back to the person you gave life to … to see a part of yourself that you created, dead,” she said, while her voice cracked.

Smith says she received no answers about the child’s death.

Smith took Jacob’s death hard. The next few months were a blur. And that is how, she says, she missed her Dekalb County court appearance.

“I was completely out of it, just trying to understand what happened and everything,” Smith explained.

She finally made it to court four months after the original date.

Smith blames herself for breaking the rules of the road that day and for missing her court date. But, she says, the way the courts treated her when she finally went in - on her own - to right her wrong, left her feeling like a violent criminal.

The prosecutor wanted proof her child had died, and, according to Janae, also insisted she couldn’t reschedule her appearance to give her a chance to bring the proof.

“I was like, ‘what do you want?' It's not like I carry around his death certificate or his obituary. I was like, 'so, what am I supposed to do?’,” Smith said, adding that she hadn’t intended on contesting the traffic ticket.

“I slowed down. But I did not come to a complete stop. And, I made a left hand turn and I saw the police officer,” she said about her traffic ticket. “He gave me my ticket, and I proceeded on with my day. Understanding that, yes, I did something wrong, of course.”

She says because she knew she was wrong, she didn’t think she needed proof of the death until the solicitor asked about it in an attempt to try to get her failure to appear fee waived.

Smith says she told the solicitor, "I only have one thing that I could possibly even bring now. I think it will be completely disrespectful if you asked me to.’ And she asked, ‘what was it,’?” Smith recalled.

It was a Teddy Bear cremation urn. It carries her baby’s ashes.

Smith had been carrying it around since Jacob was cremated.

“It's a fear that I have that something may happen, a fire or something, and he's here [at the house] and I lose the piece that I still have,” Smith explained.

OTHER NEWS: Sophie Speaks: How a Georgia mother allowed her boyfriend to impregnate her 10-year-old

It was the only “proof” she had during that court appearance.

“She requested that I go to get it,” Smith said about the prosecutor. “I kind of just asked, ‘like, are you serious?' […] I just felt that it was very disrespectful. It was very inconsiderate for them to even begin to ask that, like, I know people lie but GOD! Why lie about something like that?”

Jeffery Sliz has been a Georgia defense attorney for more than 40 years and says Smith’s case is “a rather extreme circumstance.” He also called it “callous” and explained while he understands people lie in courtrooms every day, the death of a child should have been handled differently.

“You lost your child and I think anybody could understand how you’d forget anything: court appearance, whatever you have to be doing,” Sliz explained. "I think it probably would have been easier to handle it by just saying, ‘OK, you’ve come yourself. We’re not having to chase you down to come to court, so I’m going to give you this one opportunity, one week to come back and bring me back some papers from the funeral home or papers from a doctor that saw the child. Just something the court can rely on’."

The way Smith’s case was handled inside the courtroom bothered someone who was there that day. So much so that they reached out to 11Alive to find the grieving woman and get her an apology.

The Reveal asked to interview the solicitors who handled the case, but a Dekalb County court spokesperson gave us the solicitor general, instead, to speak on their behalf.

Donna Coleman-Stribling defended her team, saying, “my prosecutors, they are in court, they are required to ask people for documentation if they fail to miss court. Once again, this is one of those situations where we’re dealing with a lot more than what’s right there in front of us. So, I certainly sympathize with her.”

Coleman-Stribling says her assistant solicitor did ask Janae for proof of her child’s death, but never asked her to specifically bring in her child’s ashes.

The Reveal's Faith Abubey asked for the court recordings from that day under the Georgia Open Records Act.

The Dekalb County courts confirmed in an email they existed, but when we went to pick up the records, we were told it was a mistake, they don’t exist. A clerk explained there was a technical issue that prevented them from recording the proceedings in that specific courtroom that day.

“I think that this is just what I would consider to be a grave misunderstanding,” Coleman-Stribling said about Smith’s experience. “What you find is, in these situations, you find people who, maybe, are new, don’t understand what the system is being presented with them.”

The solicitors who handled Smith’s case do not appear to have done anything illegal in handling her case, but The Reveal asked the solicitor-general whether there’s room for compassion in the courtroom.

“Oh, there’s always room for compassion. And that’s what I believe is what our role is,” she replied.

"Was that lacking in this situation?” Abubey asked.

“I don’t believe so,"Coleman-Stribling answered. "I believe this was my prosecutor requesting information that would allow her to move the case."

When Smith finally made it in front of the traffic court judge, she says she had the bear that carries her son’s ashes with her as proof. She had gone to the car to retrieve it.

But the judge told her, she didn’t need it after all.

“As I literally stood in front of everyone in court, I told her that it was very disrespectful that I was asked to bring my son's remains into court as proof,” Smith recalls.

She was sentenced to serve 12 months on probation and pay nearly $200 in fines, which she says is legally fair, but she just wishes she had been treated better.

“I think we just need to really think about how we treat people," Smith said.

As for the solicitor, she asked the judge to waive Smith’s failure to appear fee, and the judge did.