One airport with seven 911 jurisdictions | Here's why it matters

Atlanta’s airport is not in Atlanta. It's actually in four different cities and two different counties. When people call 911, they may not get CPR instructions. 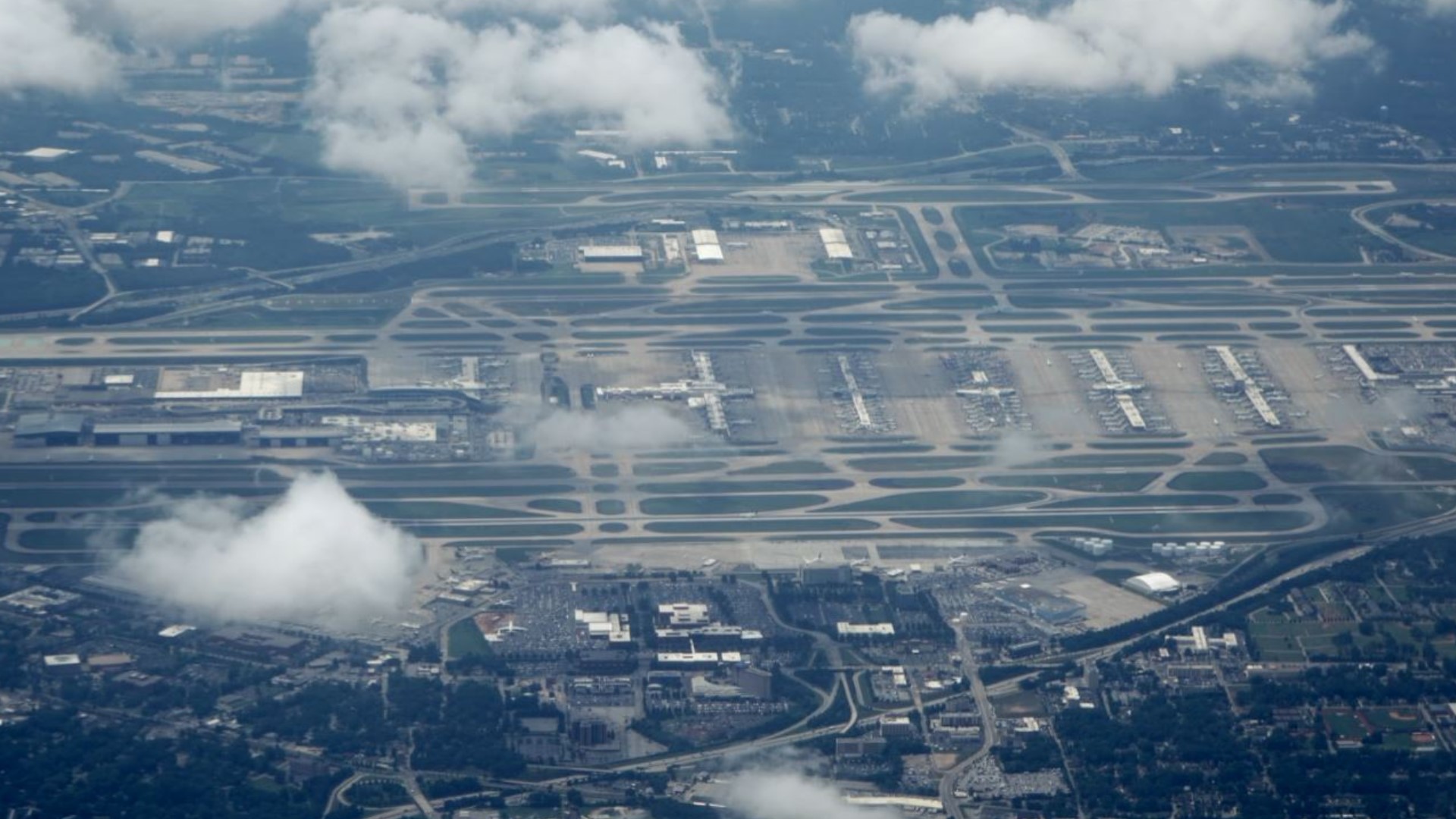 ATLANTA — Anyone having a heart attack at the nation’s busiest airport should be prepared to wait.

Hartsfield-Jackson Atlanta International Airport’s average response time in 2020, from the 911 center receiving a medical call to the first unit reporting on scene, was 11 minutes and 48 seconds.

Even if a 911 operator at the airport knows CPR or has previous medical training, they are prohibited from giving life-saving instructions to 911 callers.

“They're not trained to provide CPR instructions over the phone,” Airport 911 Director Augustus Hudson said.

Neighboring 911 centers and major airports across the nation, Like DFW in Dallas, have access to emergency medical dispatchers and provide pre-arrival instructions over the phone during medical calls.

The Atlanta airport’s 911 center does not.

Atlanta’s airport is not in Atlanta

Calls from the airport are answered by multiple 911 centers in four cities and two counties, but all have a policy of transferring those calls to the airport’s Centralized Command and Control Center, or C4.

Thomas Lawson of Flowery Branch suffered an apparent heart attack in the South Economy parking lot on November 20, 2020. The 62-year-old Marine stood up from his car, grabbed his chest, and said to his wife, “something’s wrong.”

Those were the last words Ruth Lawson would ever hear her husband speak.

Ruth immediately called 911. She had no idea that another 22 minutes would pass before an airport firefighter would start CPR on her lifeless husband.

Even though the South Economy parking lot is in College Park, Fulton County, her call was picked up by a cell tower on the Clayton County side of the terminal.

Clayton County 911 trains its operators to be Emergency Medical Dispatchers, or EMDs. While the operator who answered the call that morning was not yet a certified EMD, there was one available right next to her who could have provided CPR instructions.

One runway is in four 911 jurisdictions

Runway 8 Left/26 Right is Hartsfield-Jackson’s northernmost runway, and its only runway in Fulton County. The other runways and the entire terminal are in Clayton County.

While a plane reporting an emergency would contact air traffic control over the radio, a passenger call from a cell phone onboard could be picked up by any of the seven 911 centers, because calls are routed by the cell tower’s location.

The airport does not have any protocol for handling medical calls, other than to dispatch medics. Five of the six other 911 centers that answer emergency medical calls from the airport have methods in place to deliver pre-arrival instructions.

That means nearly a half dozen 911 centers that could offer medical advice over the phone routinely transfer emergency calls to the airport's center, which can only send fire trucks and ambulances.

RELATED: Lost on the Line: Why 911 is broken

The airport once had paramedics or EMTs on hand in the 911 center to provide pre-arrival instructions, according to Collins.

“That's something we can take a look at again, but right now it's not possible,” because of staffing shortages throughout Atlanta Fire & Rescue, Collins said.

The airport is owned and operated by the City of Atlanta as a city department. Atlanta Police operate the city's main 911 center, which transfers medical calls to Grady EMS, which both dispatches medics and provides Emergency Medical Dispatch pre-arrival instructions over the phone.

Georgia's 911 director told us earlier this week that he first learned about the complete lack of medical-call protocols at the airport's 911 center from our investigation. Michael Nix told us he was surprised the City of Atlanta had two very different methods for handling medical calls at its two 911 centers -- one to provide access to Emergency Medical Dispatch, and the other to ban such practices at the busiest airport in the nation.

Hartsfield-Jackson International Airport has invested in Automated External Defibrillators, or AEDs, which are spaced throughout the passenger concourses.

The airport is also relying on airline employees and passengers to know CPR, since the airport’s 911 operators aren’t allowed to talk someone through CPR over the phone.

“What's supposed to happen is if you activate 911, the dispatcher will tell you to get an AED,” Chief Collins said.

Chief Collins told 11Alive that 45 people have required CPR or suffered cardiac arrest at the airport since the beginning of 2019.

“Seven of those people were brought back, discharged from the hospital,” Collins said.

Does that mean 38 have died in a little more than two years? The airport and Collins wouldn’t say, and a spreadsheet sent by the airport didn’t help answer that question.

11Alive's investigative team, The Reveal, filed a Georgia Open Records Act request with the airport on April 12 for computer-aided dispatch records of cardiac arrests since 2019. First, the only response we received was the spreadsheet of cardiac cases, and none of the dispatch records we requested. Later, the airport provided some of the CAD sheets, but not all.

Shortly after our first story on airport 911 was published, a school teacher contacted us to say he and his family did CPR on a woman who stopped breathing outside the terminal on December 23. He wanted to know if she survived. We had received no record of the incident, or any CAD sheets from that entire month.

In fact, most of the 2020 CPR incident CAD sheets were missing from the airport’s response, based on the case numbers listed in the fire department’s cardiac arrest spreadsheet.

When 11Alive demanded the public records the airport had withheld, without explanation after our April 12 request, a records clerk said this week that we would have to pay hundreds more dollars and wait until as late as June 9 to see them.

We have been forced to make the same request over and over in a game of 'go fish' after we discover records are missing from the airport's responses.

To date, 11Alive has paid roughly an hour of an airport employee's salary for each 911 call we've received, and we had to ask multiple times for the recording of Ruth Lawson's call for help after airport officials claimed they had given us a copy when they had not.

11Alive is now preparing a formal complaint with the Georgia Attorney General for violations of the Open Records Act in order to force the City of Atlanta and its Aviation Department to share the public records they have kept from us.