A flooded Georgia road took her daughter, grandkids from her. Years later, DOT hasn't fixed it

A grandmother says the Ga. Department of Transportation promised to fix a road with a design flaw that killed nearly her entire family. It hasn't happened. 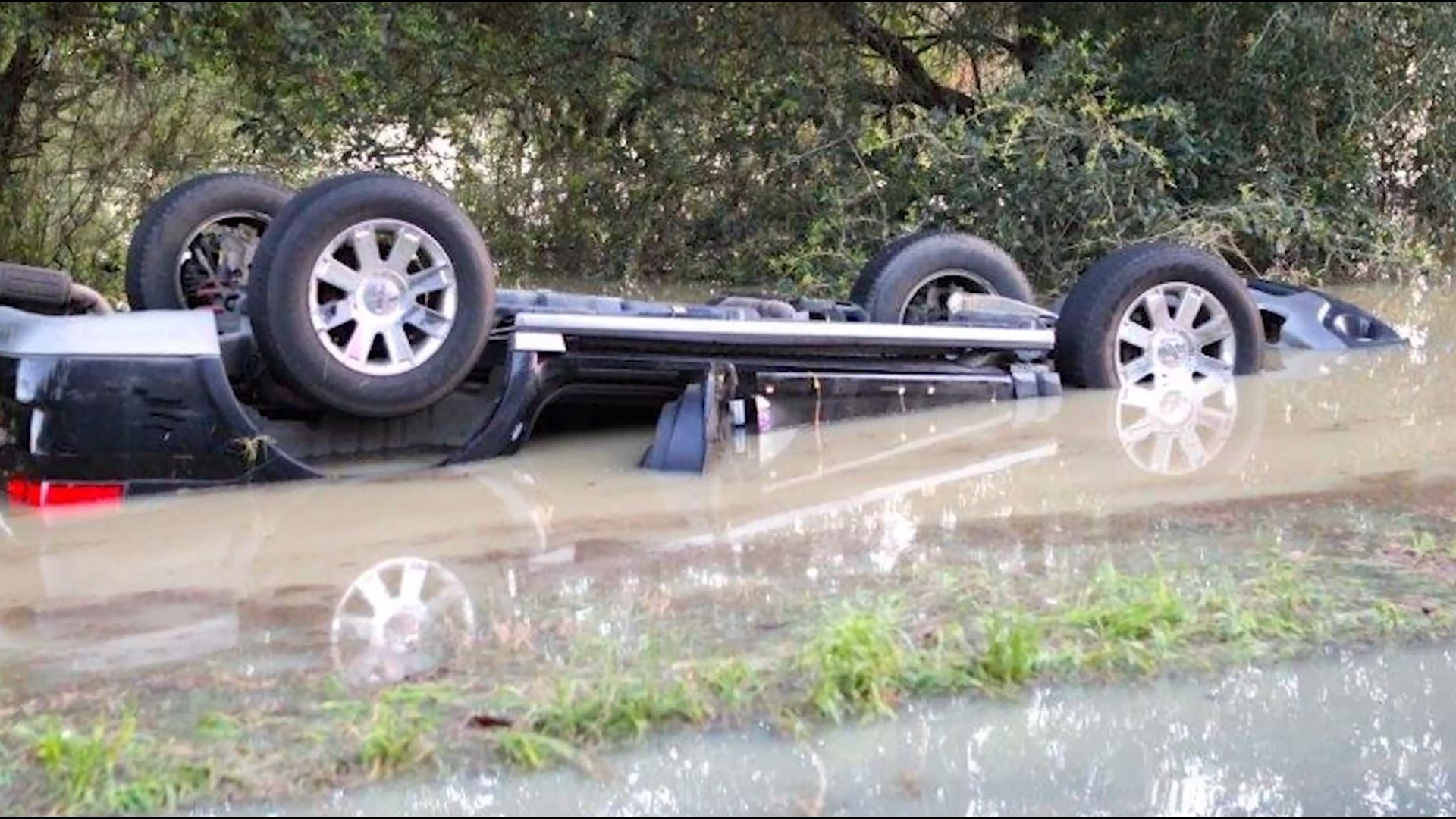 Each time Melanese Stevenson gets behind the wheel of her SUV, she avoids Highway 91 at all costs.

"It's all I think about,” the Miller County grandmother said.

Her anxiety and fear for the highway have lasted for years following a fatal car crash that killed her daughter, Tina, and two grandchildren.

The crash happened on April 2, 2016, outside Colquitt, Georgia.

On the day of the crash, it rained - a lot. Tina’s fiancé, who was driving and not familiar with the area, did not see water on the road when he tried to pass a vehicle ahead of him.

Their Lincoln Navigator then hydroplaned and flipped upside down into a ditch full of water. Inside the vehicle were Zhia, a second-grader who loved to read; Mo, who just turned one and their mother, Tina, a nurse. All three did not survive.

"I was in there when they were working on Tina and the last words I remember, she looked at me, she held out her hand and said, “Momma, help me,” Stevenson said.

After the crash, Tina’s family filed a lawsuit against the Georgia Department of Transportation (GDOT), claiming the agency knew about the road's poor design and that “water would routinely overflow on the GDOT’s right-of-way and drainage ditches and cross the highway when it rains.”

Nearby residents said they complained about the lack of draining for years, including Mary White, who lives about a football field away.

“I used to call all the time. I didn’t get no help,” White said.

During heavy rain, her home is nearly surrounded by water.

Last year, the state settled the lawsuit for $2.5 million, one of the state’s largest payouts ever. The family wanted something else.

As part of the settlement, they asked the state to promise to fix the road. According to Stevenson and her attorneys, the state claimed it would. Or, so they thought.

More than four years after the crash, the highway remains in the same condition. It still floods during heavy downpours. When 11Alive's investigative team, The Reveal, visited the family memorial at the crash site, it was nearly underwater after recent rain.

“I feel like they just don’t care. They have families, they don’t want to lose theirs. I done lost mine. Fix the road,” Stevenson said.

White is concerned someone will get hurt again, too.

An agency spokesperson said work has been underway behind the scenes for more than a year.

“Since 2019, GDOT has been active in a multipart study evaluating this stretch of SR 91 with the ultimate goal of identifying alternatives to reduce sporadic flooding at this location caused by severe storms,” Natalie Dale, Georgia’s DOT spokesperson wrote in an email to The Reveal.

In the meantime, the agency uses “Water Over Road” signage to alert motorists of inclement conditions just as it did in 2016 when rain dumped six inches of water on the road the day of the crash.

Dale also downplayed that the highway is dangerous.

“This stretch of SR 91 has seen just 11 accidents in the past 11 years, with only 3 of those 11 accidents occurring during wet pavement conditions. There have been no reported accidents since 2018,” Dale said.

A Rise in Claims

According to the Georgia Department of Administrative Services, more people filed claims and lawsuits against GDOT than any other state agency over the past five years.

Georgia Board Of Regents 2,187

GDOT said it’s not surprised with the high number of claims. Georgia’s transportations system is the 10th largest in the country.

“There are more than seven million licensed drivers in Georgia, and that doesn’t encompass those hauling freight, traveling through, or visiting our state. From 2015-2019 there were more than 631 billion vehicle miles traveled on Georgia’s roads,” Dale said.

The agency spokesperson said it’s important to point out that most claims filed against GDOT are rejected. Out of a total of 4,459 claims filed since 2015, roughly 75-percent of these claims were rejected.

“Therefore, a department with millions of unique daily users may have the most overall claims filed, GDOT has seen among the lowest percentages of valid claims against the department,” Dale said.