Another leak at a Georgia plant is being investigated by the Environmental Protection Division after it took plant officials eight days to stop. 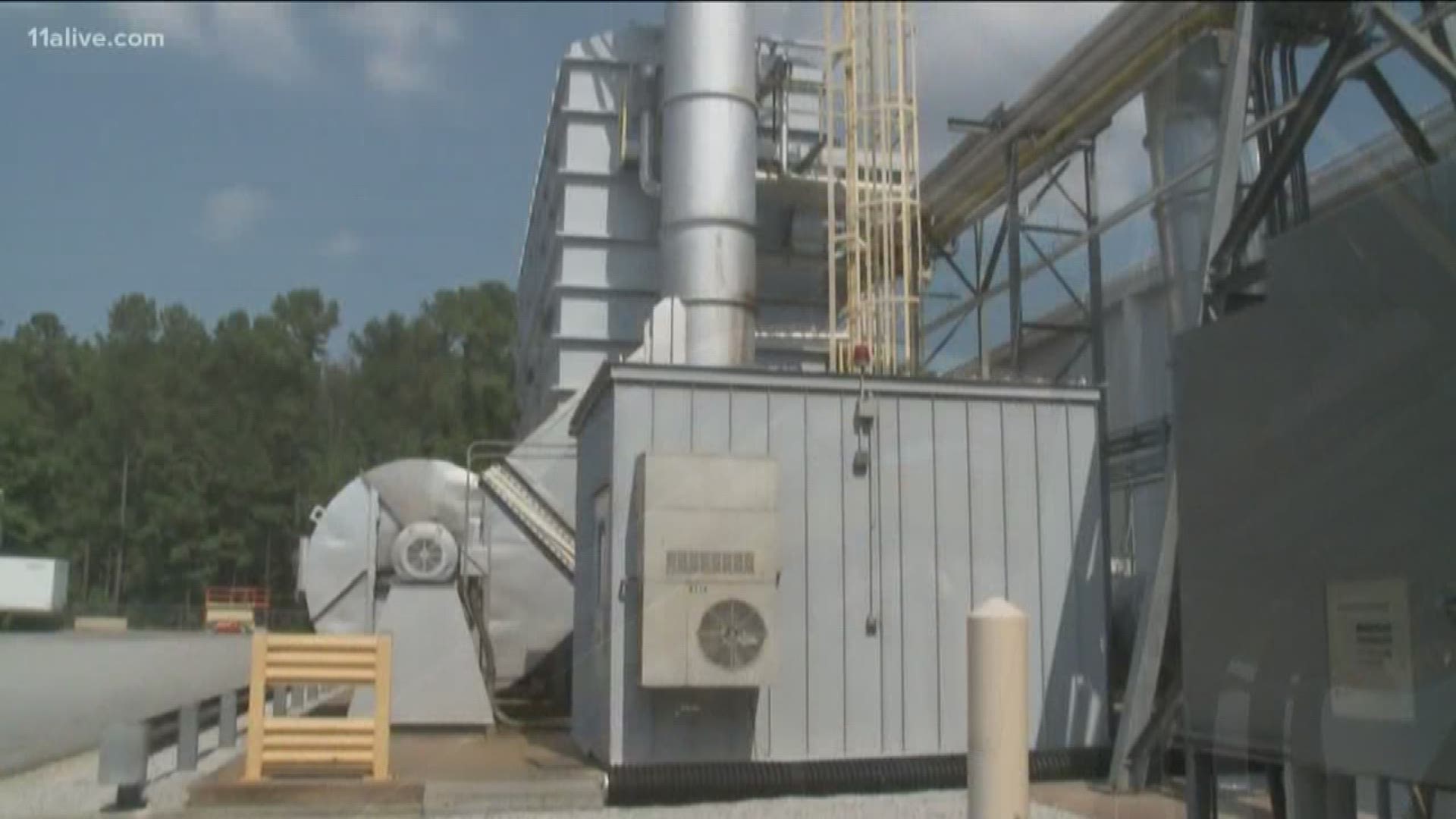 COVINGTON, Ga. — A sterilization plant in Covington says an open valve is to blame for a leak of a cancer-causing gas that lasted over a week.

Becton, Dickinson and Company (BD) alerted the Georgia Environmental Protection Divison (EPD) and the City of Covington recently that 54 pounds of ethylene oxide (EtO) leaked over an eight day period in September.

An incident report provided to 11Alive by the city states the leak was caused by an outside vacuum exhaust valve that was not closed. The leak started on Sept. 15, 2019. It took plant officials nearly eight days to figure out the cause.

The Reveal investigator Andy Pierrotti found out about the leak just minutes after touring the facility Wednesday afternoon. A BD spokesperson later admitted that they were aware of the incident but chose not to tell Pierrotti while giving the tour.

BD later told 11Alive over the phone that its technology "worked as intended" and no employees were harmed because of the leak.

BD says they voluntarily reported the leaks to the city and the state, but was not required to. Federal regulations only require companies to report leaks that are 10 pounds or more in a 24 hour period. BD's leak was about 7 pounds per day for the roughly eight-day span.

According to the United States Department of Labor, exposure to EtO gas "may result in respiratory irritation and lung injury, headache, nausea, vomiting, diarrhea, shortness of breath, and cyanosis."

Long-term exposure to the chemical is known to cause cancer, reproductive effects, neurotoxicity and other health ailments.

According to a 2018 EPA report, three areas of Georgia showed potentially elevated cancer levels. The community surrounding Sterigenics, a sterilization plant in Cobb County is one of them. That plant is now indefinitely closed.

Sterigenics and BD use EtO to sterilize medical tools.

BD claims the corrective action they are taking to prevent this from happening again is training plant technicians on the valve, and a device installation to "prevent flow regardless of valve position or condition."

The Georgia Environmental Protection Divison is investigating the BD leak.