Pete Skandalakis was appointed to prosecute officers Garrett Rolfe and Devin Brosnan in the death of Rayshard Brooks. 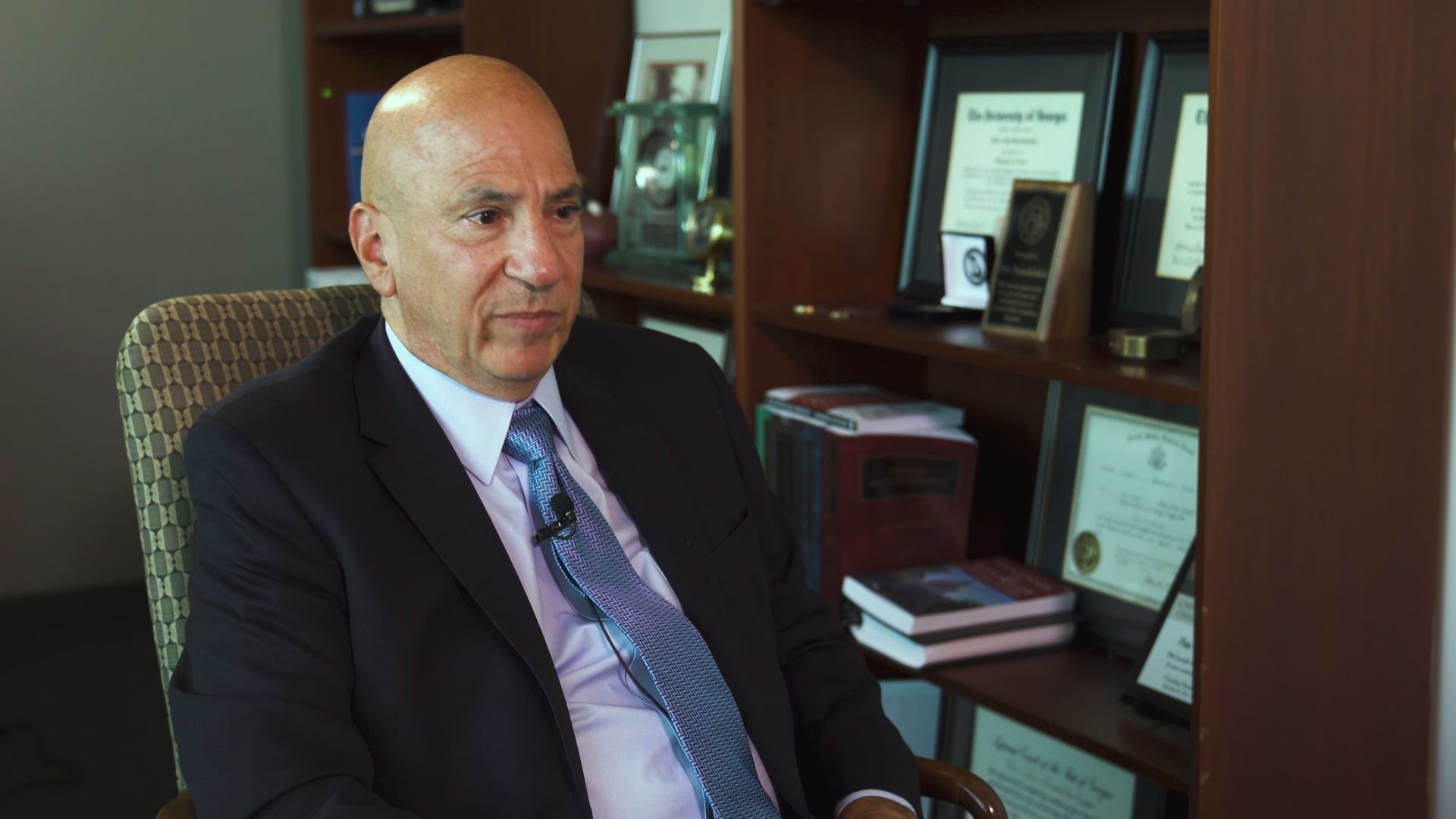 Skandalakis sat down for an exclusive interview with 11Alive to discuss his decades worth of experience working in criminal justice and his role moving forward in the case. While he did not provide details of how he plans to proceed, the interview provides a glimpse into his prosecutorial philosophy.

He explained he doesn’t feel added pressure, but he’s not ambivalent about the attention the case carries.

“I know what’s at stake and I’m not oblivious to that,” Skandalakis said.

“I’ve been doing this job a long time and anytime that you have a case in which someone has lost their life, which is a tragedy, people are concerned and every case is important, ” Skandalakis explained.

According to police, Brooks resisted arrest following a sobriety test conducted outside a Wendy’s restaurant on Saturday, June 12, 2020. Police body camera video showed Brooks grabbing an officer’s taser. As Brooks began to run away, he turns around and appears to fire the taser. Rolfe then fired his weapon, killing Brooks.

“I do not believe that this was a justified use of deadly force,” Mayor Keisha Lance Bottoms said at a news conference within 24 hours of the shooting.

“Mr. Brooks never presented himself as a threat,” Howard said on June 17, 2020, during a press conference.

Brooks’ death ignited protests on the streets of Atlanta last year, temporarily shutting down a portion of Interstate 85.

When Howard lost re-election, the current DA, Fani Willis, inherited the case. It eventually landed on Skandalakis’ desk more than a year later, after Willis recused herself, claiming a conflict of interest.

Skandalakis said he’s not bound by any decisions the other two district attorneys made in this case.

“I am a fresh pair of eyes and I will look at the case from the beginning to end” Skandalakis said. “A good DA looks at each case individually, looks at that case and makes individual decisions.”

He served as DA for the next 25 years until he left to lead the Prosecuting Attorney’s Council of Georgia (PAC) in 2018.

PAC is state-funded agency, which trains prosecutors and law enforcement. The state’s attorney general can also appoint its staff attorneys to prosecute cases after district attorneys recuse themselves.

"What's unusual I guess about this case is that I will be involved directly in this case on a day by day basis,” Skandalakis explained.

The 65-year-old said his prosecutorial philosophy is simple.

Criminal defense attorneys, like Jerry Word, said Skandalakis was always transparent with the evidence his office had against their clients. To him, it appeared Skandalakis wanted justice, not necessarily convictions.

"Whether it meant he won a case, lost a case, gave up critical evidence that would help the defense, his philosophy was to try to do justice, which is exactly what a prosecutor is supposed to do,” said Word, who has tried dozens of cases against Skandalakis.

"When I became DA, we did not count convictions. I told my attorneys, ‘I don’t care how many convictions you get.' That is not a good measure of what a good DA is," Skandalakis said.

While Skandalakis has never worked in the Fulton County’s District Attorney's Office, he grew up just a few miles away from its Downtown building.

His late parents were immigrants. His mom was born in New York, but grew up in Greece. She arrived in 1938, with her future husband arriving about 13 years later. They lived in a home outside of what is now considered Atlanta’s Little Five Points neighborhood. His father ran a convenience store on Edgewood Avenue.

"I remember being around Little Five Points, living on Highland Avenue and walking down to the stores,” Skandalakis said.

A survey of Skandalakis' office in Morrow shows he’s a proud “triple dawg.” He earned his Bachelors, Masters and his law degrees from the University of Georgia.

“But for the fact that I run out of loan money, I had to go get a job. My dad was very thankful for that,” he said.

Once a non-verbal toddler with autism, Ava hopes her story will help other children with special needs