Doctor Toomey has recently been seen with an armed guard while giving regular coronavirus updates alongside Governor Brian Kemp. 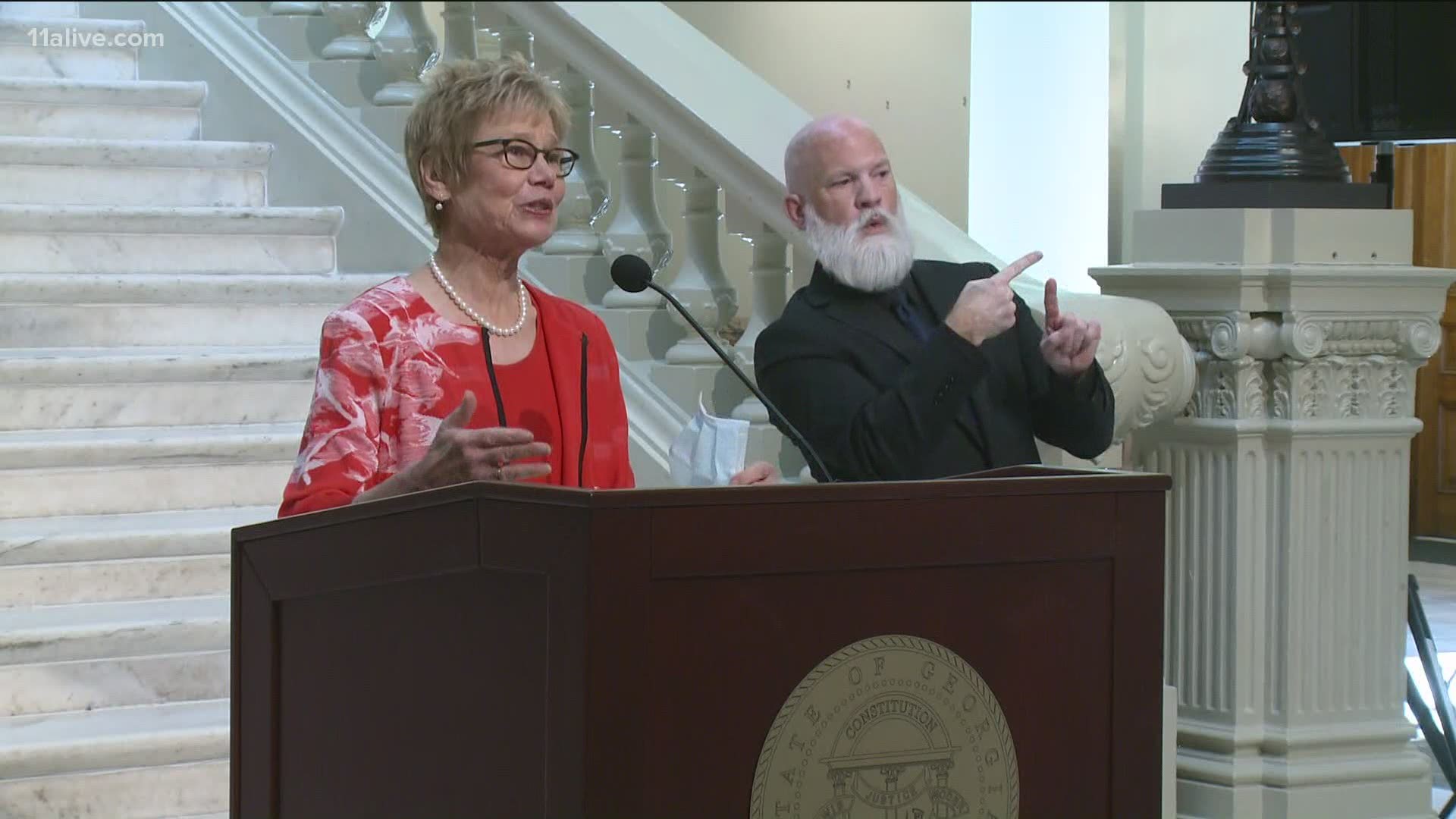 Kathleen E. Toomey, the Commissioner of the Georgia Department of Public Health, confirmed the threats to 11Alive shortly after joining Governor Brian Kemp at a press Kemp Thursday afternoon.

Before Kemp appointed her commissioner in March 2019, she served as the director of Fulton County’s Department of Health and Wellness. Toomey is also a long-time family practitioner and epidemiologist.

She gives regular health updates with Governor Kemp answering questions about Georgia's response during the pandemic.

RELATED: All Georgians should get tested for the coronavirus, health officials announce

Toomey told The Reveal, 11Alive's investigative team, the threats started more than a month ago by email and phone. At one point, she says her state office received six to ten hostile messages a day.

Neither she nor her security would provide specific details of the threats.

None of the messages threatened physical harm, but the language used appears to have alarmed the Georgia Department of Public Safety enough to start providing her an armed escort since at least early April.

Toomey declined to provide an on-camera interview, but she said the hostility came as a surprise. She said she is dismayed people would think any decision made in response to the pandemic would have been out of malice.

Toomey isn’t the only public health official to receive threats.

About a month ago, Dr. Anthony Fauci, received numerous threats after appearing in daily White Press briefings as part of the federal government’s coronavirus task force. Fauci is the Director of the National Institute of Allergy and Infectious Diseases.

On April 2, he confirmed the threats made against him to NBC News.

“I've chosen this life. I mean, I know what it is," Fauci said. "There are things about it that are sometimes disturbing. But you just focus on the job you have to do and just put all that stuff aside and try as best as possible not to pay attention to it."

The Reveal reached out to the governor’s office to find out if he and his family have also received a spike in threats, but have not heard back.

Communities of color hardest hit by coronavirus in Georgia