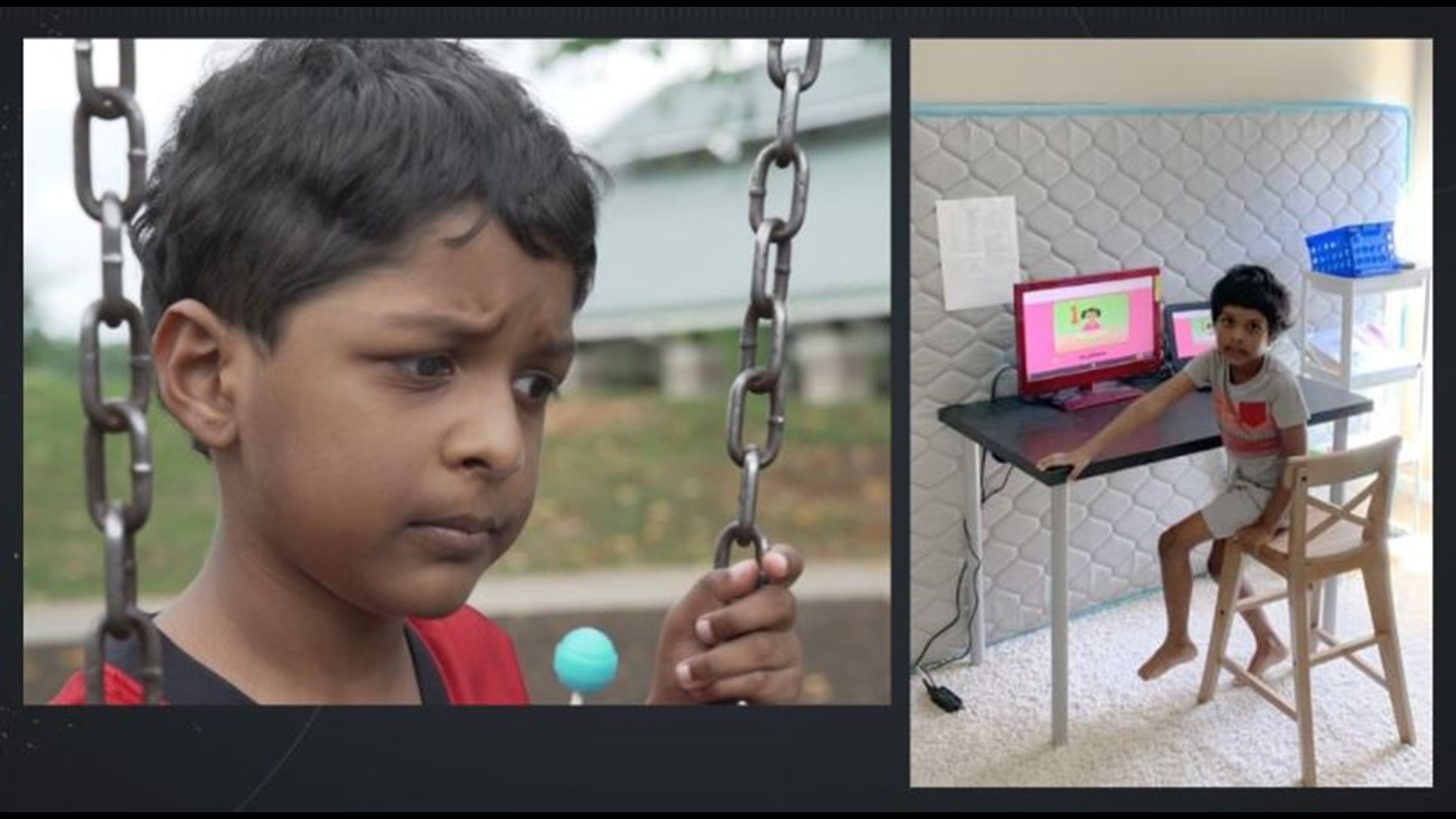 ATLANTA — The pandemic created education gaps in children for likely years to come and the repercussions are being felt in school districts across Georgia and many other states.

11Alive's investigative team, The Reveal, found the Newton County School District alone has held back 852 more students in 2020 than it did the year before. That's a 120% increase.

Education experts say the year has impacted most students, but special education students were hurt the most.

Deborah Johnson says her son, Daniel, is one of many. “He is the most charming person that you could ever meet,” Johnson said about her son, who she describes as a having high-functioning autism.

The 55-year-old mother says she moved to Newton County because she heard great things about its special education programs.

Whether created or highlighted by the pandemic, Johnson says it hasn’t worked out the way she hoped. She claims the district did not follow her son’s individualized education plan (IEP) last school year to help keep him on track.

She was so frustrated, Deborah addressed the school board about it in March. “I have a child who is failing,” Johnson told the board.

"I have asked that he be repeated and they have not honored that as far as I know,” Johnson said.

Daniel says he couldn’t focus on his work when classes were conducted virtually. It didn’t improve once he returned to in-person instruction either.

“I didn't learn anything to be honest. I didn't really learn anything about the subjects ... somehow they passed me on to the next grade,” the 15-year-old incoming sophomore said.

RELATED: Sparked by pandemic fallout, homeschooling surges across US

Seven-year-old Yohan Krishnakumr struggled in school last year, too. The Forsyth County first-grader is also on the autism spectrum and is non-verbal.

"It was pretty challenging for us to focus on his studies,” Anuradha Vasan, Yohan’s mother, said. “I couldn’t leave him alone for even a minute.”

Vasan said she or her husband had to sit through nearly all of their son’s online classes for months to make sure he stayed focused. He also missed crucial bonding experiences that non-verbal children need to help them form relationships. “Facing the other students, facing the teachers and all that social connection was missing,” Vasan said.

Yohan’s parents don’t blame his teachers though. They believe his school went above and beyond during the pandemic. Some teachers even drove to their home to go over assignments.

But they’re still making him repeat first grade. The 7-year-old was not able to attend much needed speech, behavior and occupational theories.

“That is something that cannot be taught on a computer. So, teaching kids that, special needs specifically, is the most difficult job and I believe kids on the spectrum took a hard hit on that by going online,” Krishnakumar explained.

RELATED: More than 100 students in quarantine during first week of classes at Atlanta charter school

Yohan and Daniel’s stories echo multiple reports from across the country showing students who failed or dropped out at alarming rates during the pandemic.

In Daniel’s district, Newton County, the district held back 852 more students in 2020 than it did the year before. School officials said it cannot respond to Johnson’s concerns, but it has processes in place to assess needs based on the impact of the pandemic.

“Those assessments are conducted on an individual basis and additional services and supports are available if it is determined they are appropriate. Newton County School System is always open to parents’ concerns and works to resolve any issues raised,” the Director of Public Relations, Sherri Partee, said.

Experts, like Dr. Veda Johnson, say districts should focus on getting special needs students back on track first. The Emory pediatrics professor is director of Partners for Equity in Child and Adolescent Health.

“Special needs children have really suffered the past 15 months and we really need to be mindful as we open up and have the resources in place to address that,” Johnson said during a recent media briefing organized by Emory.

"Unfortunately, a large number of our families just don’t know how to deal with it, especially marginalized people of color. They have really, really suffered during the course of this past year and a half,” Johnson explained.

'Not acceptable': Former Atlanta police chief says officer should have been off force before breaking man's ankle