Danny Stowe was shot and killed almost 40 years ago in Atlanta. His killer has never been found. 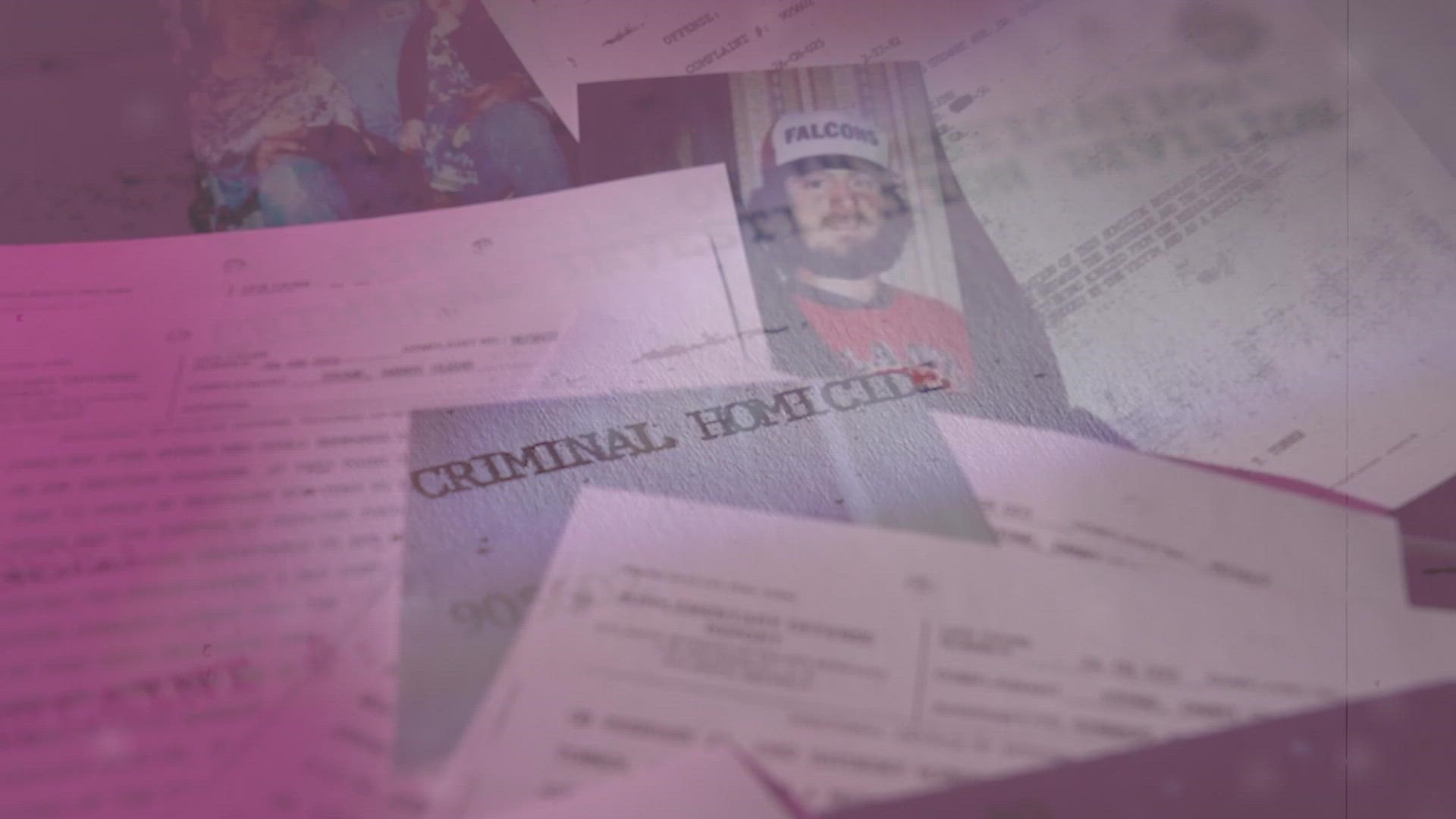 ATLANTA — If justice delayed is justice denied, then one Atlanta family is still deprived of it after nearly 40 years.

That’s how long it’s been since the murder of Danny Stowe. The killer has never been found.

Now a local detective is taking up the case and he tells 11Alive the decades-old mystery can be solved.

“I want to find out who took my dad. Nobody deserves to grow up without a father, be taken away and murdered,” said Tommy Stowe, who was just 6 years old when his mother broke the news.

“(She) sat us down and told us that daddy went to be with Jesus,” he said.

Danny’s two young children and his widow were on their own.

“There I was 25 years old, two boys, what am I gonna do?” said Lou Ann Carmichael, Danny’s widow.

Lou Ann never got closure for her late husband’s murder. Neither did Tommy.

Danny Stowe was shot and killed in 1982 at a club in Atlanta called The Purple Onion.

Police reports from that night say a customer, who was dressed eccentrically and wearing a derby hat, was insulting the bartender. Danny was working the door at the club, and escorted that customer out. That’s when witnesses say the unknown man pulled out a gun, shot Danny, and ran off.

Years went by, and Lou Ann said she started losing hope police were going to catch the killer.

“I was starting college and I remember telling her, 'Lets work on this ourselves,'” Tommy said.

The mother and son collected police reports, photos, tracked down witnesses and even suspects. But they knew if they wanted the case solved, they needed help.

“When Tommy first came to me about the case, the first thing that popped out at me was there’s still leads here,” said Detective Loran Crabtree.

Crabtree is not a detective with Atlanta Police, but he got their blessing to look into the case. Unfortunately, being an outside detective creates some roadblocks.

“In the last couple months, we have a new suspect that was not a suspect prior to that,” said Crabtree. “If this was my case on my desk at work that individual would be in an interview room quick.”

But Crabtree doesn’t have the authority to bring the suspect in for an interview, and that man has yet to be questioned by Atlanta Police.

Atlanta Police declined our request for a sit-down interview, something that frustrates the Stowe family.

“If they would care like we care, we can get this case solved. So help us. That’s your job,” Tommy said.

But that’s not their only frustration.

Police documents show three fingerprints were lifted off a glass that the suspect was drinking from the night of the murder. Fingerprints that are now gone. Tommy says so is the glass, a photo lineup and the bullet that killed his father.

In an email, Atlanta Police said the identification unit, "lost or misplaced several prints.” Atlanta Police told us lost evidence is rare, although it does not keep a list of what’s gone missing.

Despite that missing evidence, Crabtree said he believes this case can and will be solved if Atlanta Police commit to it.

“I do believe that if this case was given an official, dedicated official investigator, and really went all out like it had just happened, I would be shocked if it wasn’t solved,” he said.

“Yesterday’s murders, those murders are important. But so are the murders 40 years ago,” said Lou Ann.

That’s why Lou Ann and Tommy said they will continue their search, and never stop looking for Danny’s killer.

Atlanta Police lists 32 cold case homicides on their website. The Reveal, however, found that’s just a fraction of the actual unsolved cold case murders it has. That number is 1,749. Danny Stowe’s cold case is not one of the cases listed online.