A manmade chemical that is known to cause cancer and other health issues, is in a foam used by firefighters. 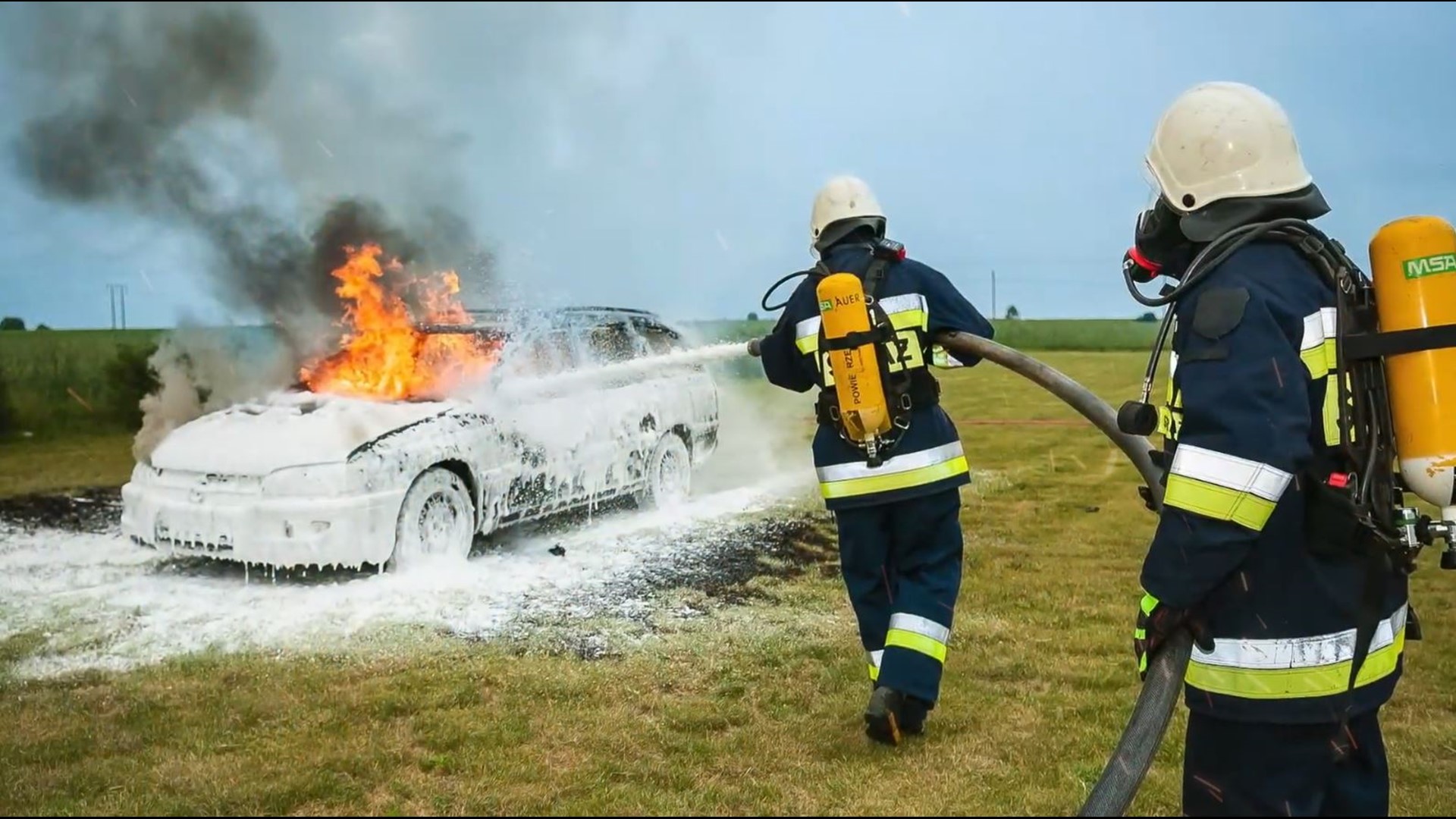 ATLANTA — When Mark Johnson signed up to be an Atlanta Firefighter in 1980, he knew the big risks.

“Being caught in a flashover or a collapse,” Johnson said, “we’re not thinking about the foam agent we might be using.”

Fellow retired firefighter Craig Chait didn’t think about that either.

They both can’t stop thinking about it, now.

Aqueous Film Forming Foam (AFFF) is a special firefighting tool for putting out flammable liquids. It’s made with chemicals called perfluoroalkyl substances (PFAS). They help stop hazardous fires, but that may come at a price.

In January, Chait was diagnosed with stage 4 cancer of his thyroid.

The surgery left the 53-year-old with a voice that’s high-pitched and, at times, raspy. It’s not the voice he had before cancer; cancer he believes could have come from AFFF.

“It’s a product that has a number of potential concerns to it,” said Miriam Calkins, a research industrial hygienist with the National Institute for Occupational Safety and Health (NIOSH).

NIOSH is a branch of the Centers for Disease Control and Prevention. Calkins said the federal agency is now researching how PFAS and AFFF exposure impacts firefighters.

“There’s a lot of research that’s been building up that suggests exposure to PFAS may lead to adverse health outcomes including cancer, organ damage, reproductive and immune system defects,” Calkins said.

The chemicals are also potentially linked to prostate cancer. That’s what Mark Johnson is recovering from.

The foam isn’t used every day or at every fire department for that matter. It's specially formulated to tackle fuel and oil-based fires; so, it’s mainly used at industrial plants, air force bases, and airports like Hartsfield Jackson. That’s where Chait and Johnson were exposed for nearly two decades.

“We had to have an annual training burn every year,” Johnson said.

Those training burns, according to Johnson, would last a week. Throughout that week, he said firefighters handled large amounts of AFFF without masks or protective gloves. The 67-year-old now believes that regular exposure to AFFF could have caused his cancer.

Johnson and Chait are among a growing number of firefighters across the world who believe AFFF hurt their health. Hundreds of firefighters are now part of a Facebook group to raise awareness about its potential dangers Many thought it was safe enough to play in, bathe in, even let small children splash in, treating it no differently than water from a hose or snow from the sky.

But despite the growing concern about safety, it’s still in use today, including at Hartsfield Jackson.

Just last year, the city of Atlanta approved a contract to provide the airport with AFFF until 2023. And while Georgia passed a law in 2019 to ban AFFF use in training exercises, it’s still used in emergency situations.

There are alternatives to AFF, but Calkins said replacing it isn’t that simple.

“There does not appear to be a single product, at least not yet, that performs as well as AFFF,” she said.

Johnson and Chait are both cancer-free today, but they worry about what’s in store for their health in the future, and what health concerns may await their fellow firefighters.

“I’m better now and I don’t have cancer but it’s gonna take me, with everything that I had, probably six to eight more months to be normal again. I’m still not normal,” said Chait. “Why should people have to go through that?”

RELATED: They were responding to a 911 call when 5 cars were broken into at fire station

There are thousands of people involved in a lawsuit against the companies that made PFAS and sold the foam. 11Alive's investigative team, The Reveal, reached out to the city multiple times for comment but never heard back.

"What do you want to say to those companies about the fact that they may have known you were handling something that caused the cancer you got," The Reveal Investigator Kristin Crowley asked Johnson.

"For me, personally, that’s unforgivable. If they knew this way ahead of these lawsuits that have come to light, they should have taken action," Johnson said.

Below are statements from three of the major companies being sued for PFAS and firefighting foam manufacturing.

NIOSH has multiple resources and more information on their CDC website. Also on their website, firefighters can sign up on their registry and get a quarterly newsletter with all safety updates.

The National Firefighters Registry (NFR), "will be used to track and analyze cancer trends and risk factors among the U.S. fire service to help the public safety community, researchers, scientists, and medical professionals find better ways to protect those who protect our communities and environment," the website reads.

They say all firefighters, whether you've been diagnosed with cancer or not, should join the NFR.