Firefighters raced to a burning home in Pickens County, Georgia, only to find out the nearest fire hydrant couldn't provide water needed to put out the flames. 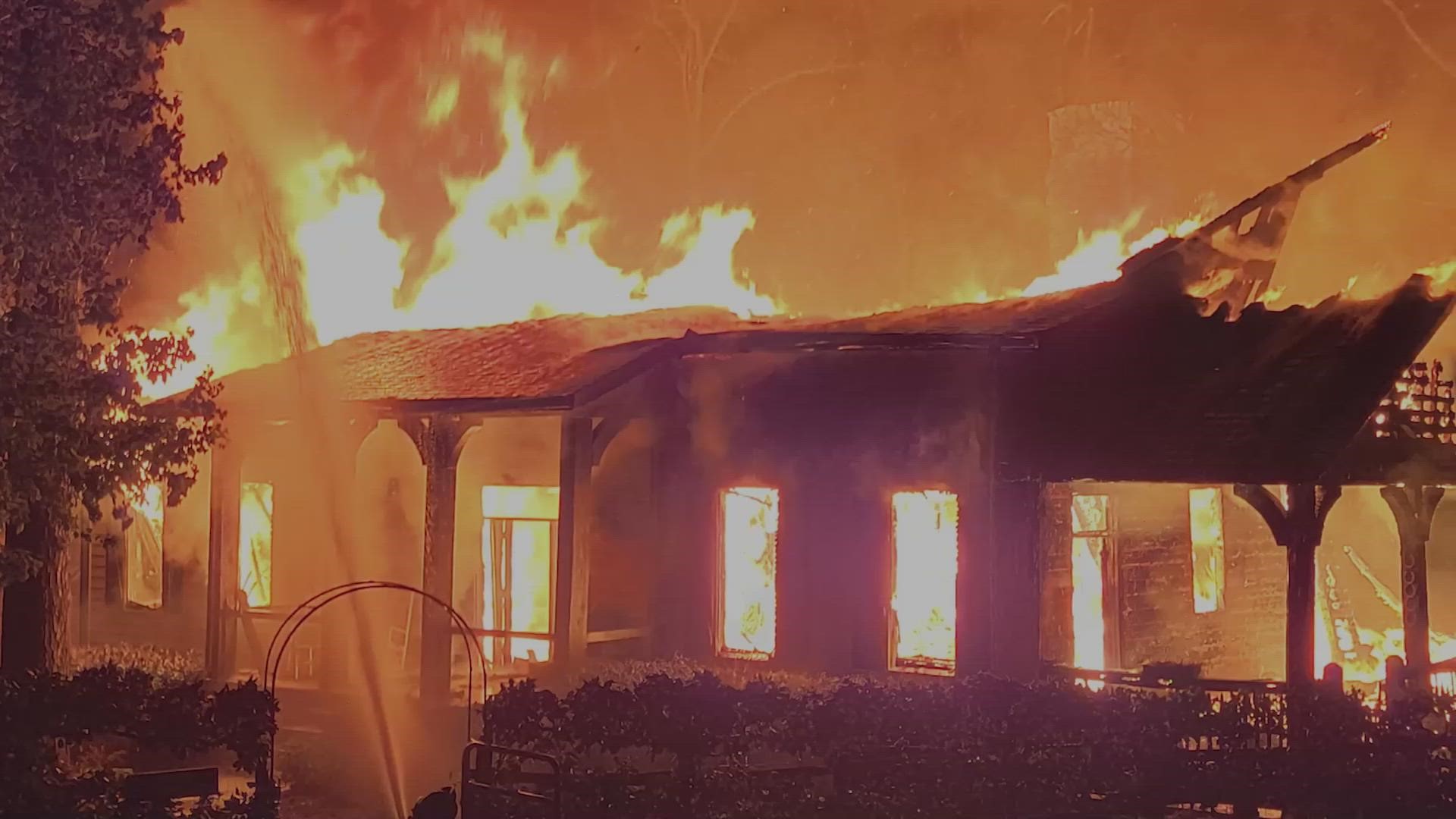 PICKENS COUNTY, Ga. — When Pickens County firefighters raced to a home engulfed in flames this August, they quickly connected to a nearby fire hydrant they expected would provide water to extinguish the blaze.

“Hey, we got a bad fire at a residence off of Split Rail Trail. Major fire!” Steve Schultz said during a call with 911 dispatcher. Schultz lives next door. It was his brother’s old home on fire.

“The heat was enormous. You could not get within two hundred feet of the of the home,” he said.

A few minutes after firefighters started attacking the fire, something went wrong. Schultz noticed the water stopped coming out of their hoses.

One crewman on the scene called 911 pleading for the county to contact the water department in the nearby city, Jasper. On the recorded call, the firefighter asked: “Can you call the city water, have them increase the pressure up here?”

The dispatcher provided a disappointing answer: “We asked them already and they said they couldn’t do it.”

Schultz watched it all unfold from just a few feet away. “The hose would fill up, and then 15 minutes later, it would shrink down to nothing,” he said. “I felt helpless.”

One issue included a broken water line nearby. City water employees mentioned it multiple times to dispatchers. “Our line that runs under the creek is still currently out. So, there’s no way to increase the water pressure to that area,” according to one of the city employees.

The other problem encompassed the hydrants in the neighborhood. Jasper’s water department director, David Hall, told 11Alive by phone the hydrants were never intended to be used to put out fires.

The water department installed the hydrants and water lines about 10 years ago in the Hickory Cove community, where Schultz and about 40 other homeowners live. According to Hall, the water lines were only intended for home use, such as washing dishes, laundry and showers. The city also uses the hydrants to flush out its water system.

The pipes are too small for anything else.

Credit: Steve Schultz
A chimney from home stands among the rubble the day after the fire.

In 2007 and 2008, the city applied for state and federal grants to pay for the project. In documents provided by the city, the grants were intended to help homeowners in rural communities who did not have adequate access to clean water.

According to the grant documents, some Hickory Cove residents complained their wells were no longer reliable and were running dry at the time.

Records show that nine hydrants were installed in the community, but it never mentions the two-inch water lines were not big enough to provide the needed water for firefighting.

Schulz said he had no idea. “Not at all. Fire hydrants to me are there for a purpose. They're called a fire hydrant. And that's when we saw them being put in. It was a relief,” said Schulz.

He’s not the only one. Gregory Stephens, who lives less than a mile away, said he wasn’t told that either. “That’s what I would think. How would you know otherwise?” said Stephens.

“We were never told to never use it to put out fires,“ said Joanna Micha, another homeowner in Hickory Cove.

When asked on the community’s Facebook group, six more residents said they didn’t know either. One wrote, “We weren’t aware… pretty scary.”

Credit: Steve Shultz
Wreckage from the aftermath of the fire.

Hall said there are no immediate plans to install larger water lines in the neighborhood. His message to Hickory Cove homeowners, and others living with similar challenges, is to start making a plan now.

“If you move into the area, to check in to make sure that there is fire protection. If there isn’t fire protection, talk to your local fire department about your options,” said Hall.

A water tower in Hickory Cove could help down the road.

The city asked Schulz if it could build one on this property a few years ago, and he said yes. But the water tower never became a reality. The water department said it has no immediate plans to build one or install larger water lines in the community.

Schultz said he hopes the fire at his brother's previous home can serve as the catalyst for change.

Once a non-verbal toddler with autism, Ava hopes her story will help other children with special needs