Multiple lawsuits have been filed across the country claiming wrongful deaths allegedly caused by X-Lite guardrails. Hundreds remain in Georgia. 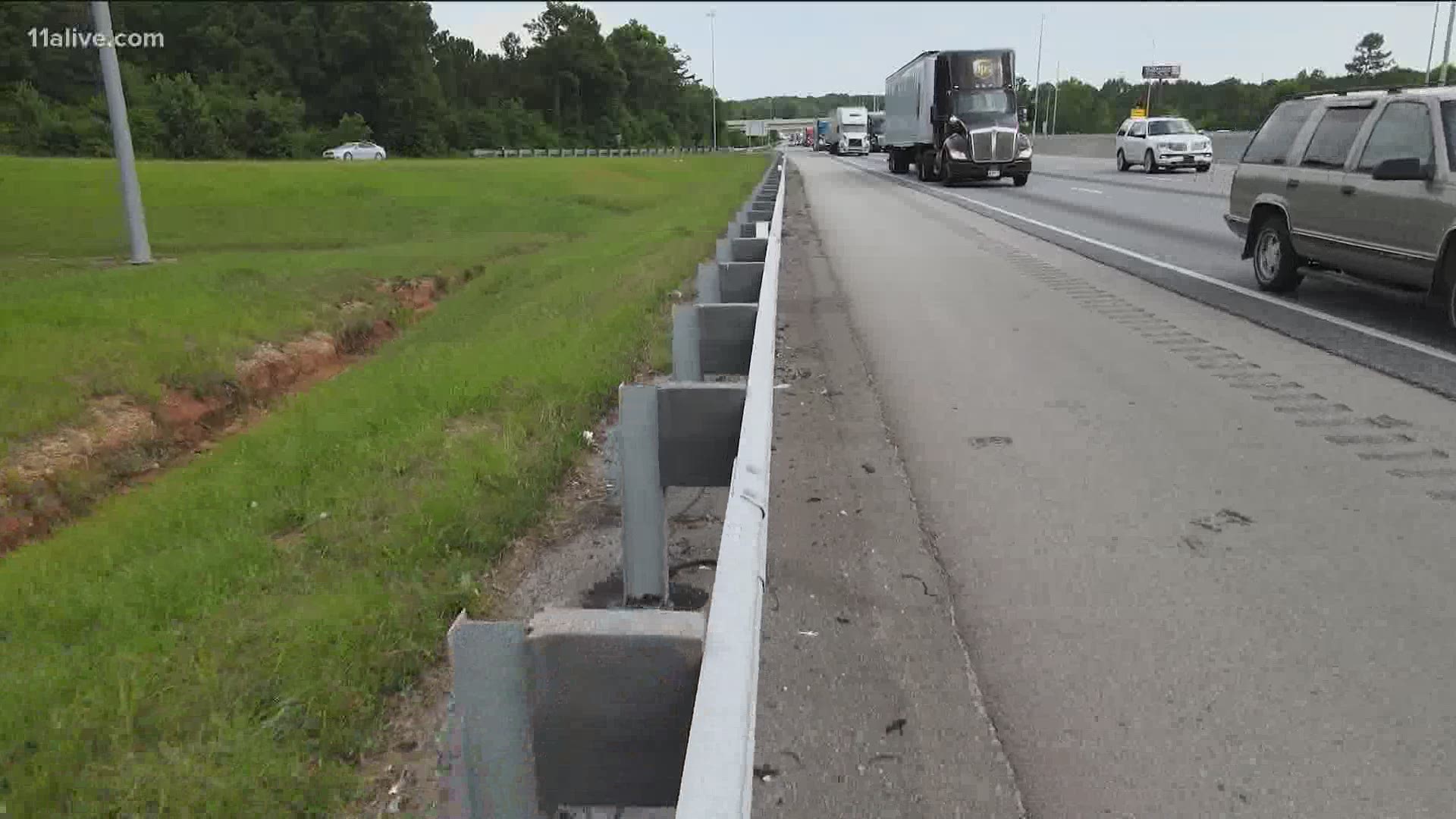 ATLANTA — A guardrail off I-75 has been replaced after 11Alive's investigative team, The Reveal, asked the Georgia Department of Transportation (GDOT) whether it was installed properly.

Steve Eimers, whose daughter died after she crashed into an X-Lite guardrail, told us there were multiple issues with the guardrail. We interviewed him on the side of I-75 near the Resaca Beach Boulevard ramp.

Eimers also pointed to bolts on the guardrail that he said were rusted.

11Alive emailed GDOT in June asking if the guardrail was properly installed. It responded saying in part, “Maintaining safety on Georgia roadways is one of GDOT’s highest and most important goals. When GDOT receives concerns or reports of any potential issues on our roadways, it is the department’s policy to review the concern raised and take appropriate action to correct the problem if there is one.”

A brand new guardrail now sits where that X-Lite once was. We reached out to GDOT again, asking for more details on when exactly the guardrail was replaced and why. We are still waiting to hear back.

The X-Lite guardrail is named in multiple wrongful death lawsuits. Our investigation found 29 states, including Georgia, have had X-Lites on their roads at one point, but more than half of those states had them removed. Georgia did not.

GDOT would not comment on camera about why it will not remove the X-Lite guardrails from its roads.

The maker of X-Lite stands by the safety of the guardrails.

“The Federal Highway Administration (FHWA) examined and re-examined the X-LITE and its in-service performance and gathered input from state departments of transportation across the United States. In FHWA's evaluations, the X-LITE performed consistently with other end terminals on U.S. roads and highways and did not lead to any conclusion that the X-Lite was unsafe. Numerous states have confirmed that they’ve had no negative experiences with the X-LITE," said a spokesperson with Lindsay Transportation Solutions.

The company pointed 11Alive to this memo from Federal Highway Administration which was sent out to all states. The department looked at crashes involving this type of guardrail in 4 states and found this:

"In considering the 200-plus crashes, the ratio of Fatality+ Serious Injury per total crashes does not lead to any conclusions that any of the devices, including the Lindsay X-LITE, are unsafe. This finding does not replace the in service experiences that SDOTs can contribute."

That same letter notes that Georgia is one of 6 states that removed X-Lite from the list of products it would no longer purchase.

The state told the FHWA they are removing the device in favor of other options that are compliant with the current Manual for Assessing Safety Hardware (MASH).

As of 2017, the MASH guidelines no longer recommend the use of any guardrails in the same category as the X-Lite. The federal government also announced plans to stop reimbursing states that install them.

Activist: 'I guess if you’re a rapist, come on to Georgia because we’re not prosecuting folks here'

'Not acceptable': Former Atlanta police chief says officer should have been off force before breaking man's ankle