After years of being turned down by state courts, families are hoping for justice at the highest level after being sold sperm from a man with a scary background. 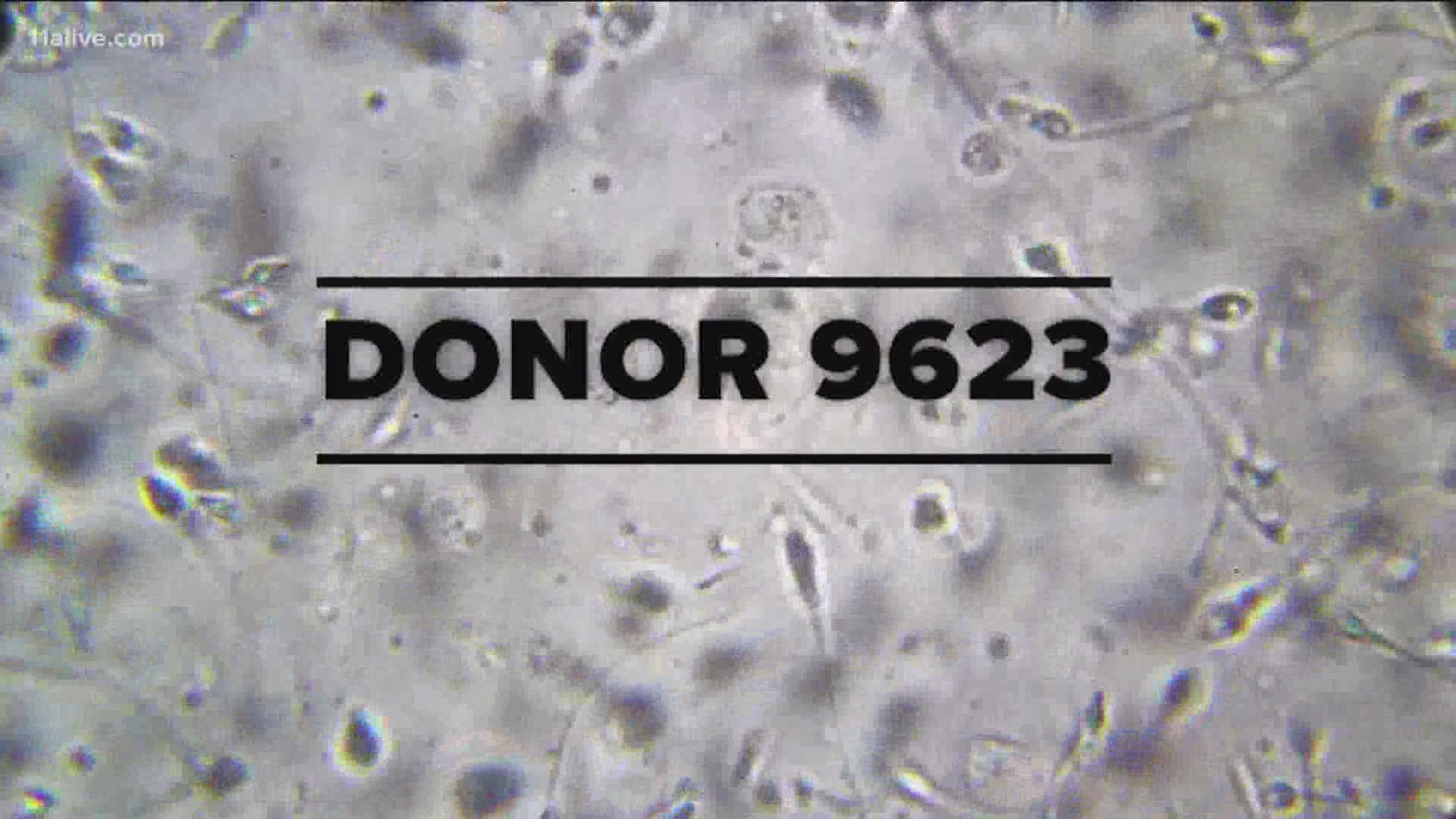 ATLANTA — For years families have tried to hold a Georgia sperm bank accountable for selling sperm from a man with a criminal history and potentially hereditary mental health illness.

All of the lawsuits have either been dismissed or settled before trial, but on Thursday, one family will get to make their case before the Georgia Supreme Court. The Justices won’t be focused so much on the back story of what happened, but rather the legal arguments around whether families can sue.

Xytex has been able to get all of the lawsuits filed in Georgia dismissed on the grounds of wrongful birth.

In 1990, the Supreme Court ruled in a case involving the Atlanta Obstetrics & Gynecology Group that someone can sue if, “but for the treatment or advice provided by the defendant, the parents would have aborted the fetus, thereby preventing the birth of the child.”

Wendy and Janet Norman argue their case has nothing to do with wrongful birth. First, they said if the defendant, in this case Xytex, had provided accurate information about its sperm donor, there would have been no fetus to abort, as  they would have chosen a different donor.

The Normans’ argue this is a case about fraud, negligence and false advertising, and that Xytex should not be allowed to hide behind wrongful birth in defending against those claims.

A group of more than 30 law professors seem to agree. According to the court, they have filed their own written statements arguing the “rejection of the Normans’ claims unfairly immunizes Xytex from legal responsibility for causing harm through its false representations.”

Let’s be clear. The Normans’ love their son and spiritually believe that even if they had chosen a different donor, his soul would have been in that child and in their lives. This case, they say, is about changing an industry that allowed "Donor 9623" to give sperm for more than a decade, leading to at least 36 children, all while using false and potential life-altering information.

“Knowledge is power, knowledge is everything,” said Wendy Norman, sitting on her back patio the day before the court hearing.

The Reveal, 11Alive's investigative team, has followed the claims against Xytex for more than three years, tracking cases in London, Canada and here in the United States. From the timeline we’ve been able to build, it appears the Normans’ son, who we’ve agreed to call "John" to protect his privacy, is one of the first kids born using the sperm of Donor 9623. John is now 17.

RELATED: They sued the sperm donor that gave their son life | Why a judge dismissed their case

During the donor’s time with Xytex, he was promoted and praised. His IQ was advertised as 160 and he had multiple college degrees. In reality, he wasn’t even in school, nor had he finished a single degree at the time the Normans’ purchased his sperm. He had also just been released from jail on a burglary arrest when a family in Canada chose him as their donor.

But most concerning, the Normans said, is his diagnosis of bi-polar with schizo-effective disorder, a condition that can be hereditary. The illness is usually not detected until a person is in their late teens or early 20’s. So, there’s no way for the children born using the donor’s sperm to know if they will be impacted. But early intervention is key to managing schizophrenia.

“If you think about mental illness and how it can spiral and get out of hand if it’s not caught - and how it can be controlled if it is - these are huge, huge consequences," Norman explained.

That’s why the family said they sued Xytex - to demand, in part, the company notify every person who purchased sperm from this donor.

John used to act out violently, had suicidal thoughts and even thoughts about harming others, the Normans said. Therapy has helped him work through that. But he was also given medications at the time, that doctors would have avoided had they known about his sperm donor’s history.

John still deals with severe depression every winter, which drains his productivity. Still, a rising senior, he has started to visit colleges. He wants to be a lawyer and eventually a judge.

“He’s got goals. And the hard part is the day you walk in and he’s depressed and worried, 'is it happening?' And says ‘it’s going to derail all of my dreams. My future,’” Norman said, fighting back the tears. “Right now, we’re great.”