Police responded to the shooting of Ahmaud Arbery, but made no arrests for almost two months. An 11Alive investigation uncovers the departments troubling past. 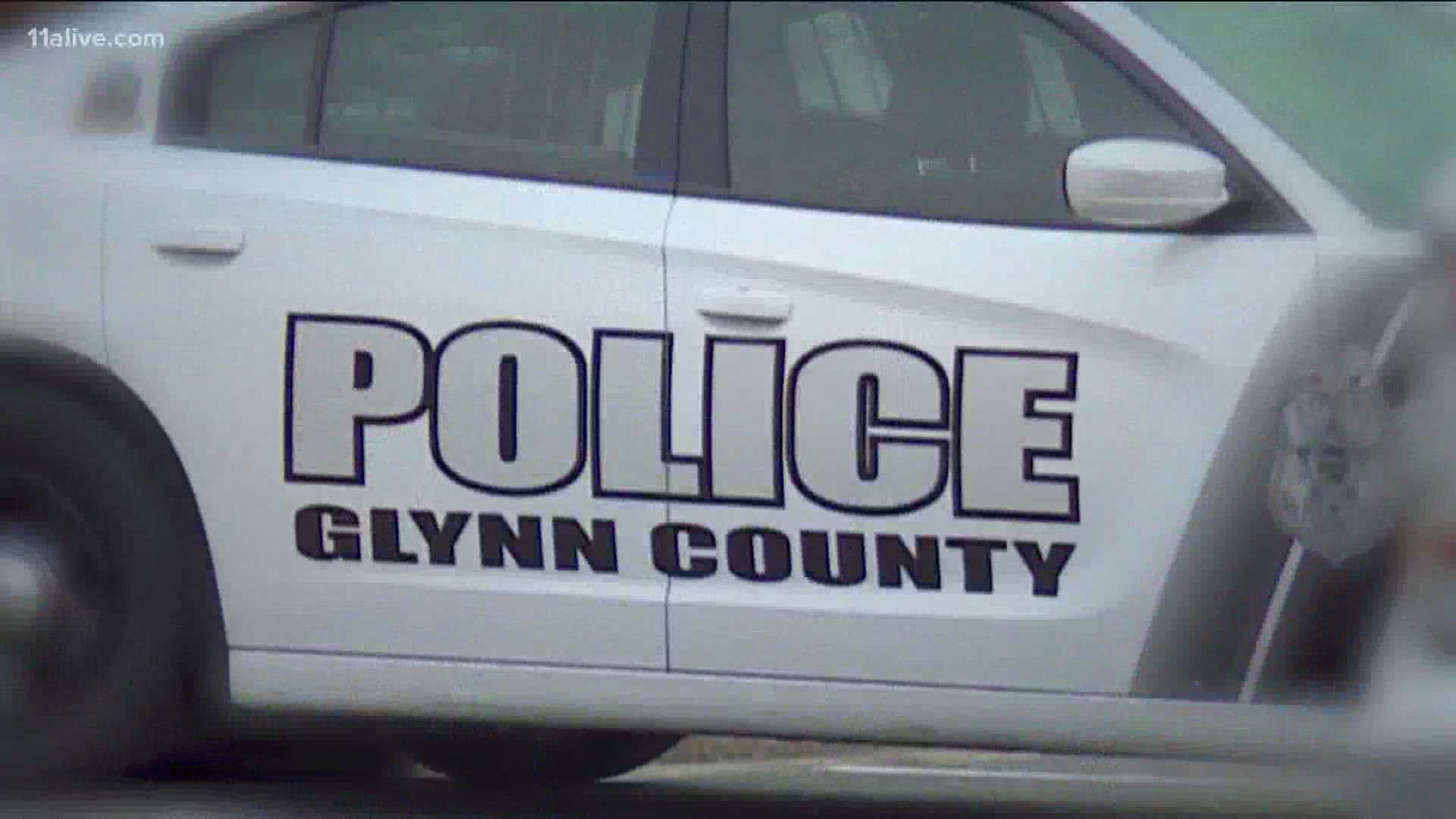 BRUNSWICK, Ga. — The first time Ahmaud Arbery's mother learned someone had killed her son, it was a Glynn County police officer on the other end of her cellphone.

“He told me he was actually at my front door. I explained to him that I wasn't available,” Wanda Cooper, Arbery’s mother explained in a recent Zoom call with reporters.

“He went on to say that Ahmaud had been involved in a burglary and in the midst of the burglary, Ahmaud was confronted by the homeowner. And during that confrontation, there was a tussle over the handgun and Ahmaud was shot and killed," Cooper recalled.

She said she knows her son's character, but also did not question what the investigator was telling her.

But months later, that version of the story does not match an official police report and the multiple videos showing the deadly shooting.

“It’s critical to note that the video directly contradicted every statement made to the family,” Cooper’s attorney, Lee Merritt, said on the Zoom call.

That initial story police told Arbery's family is just one of many criticisms against the Glynn County Police Department on how it handled the investigation into Ahmaud Arbery's death.

The police department once employed Gregory McMichael, one of two suspects in Arbery’s death. The responding officers did not arrest McMichael or his son, Travis, who police say shot Arbery.

It wasn’t until almost two months after the shooting, the release of a video showing Arbery's death and public outcry that the McMichaels were arrested in May.

“You know, as has been stated, unequivocally, if the shoe was on the other foot and this was Ahmaud and his father in a truck with guns, chasing [inaudible], son in broad daylight, there's no question that they would have been arrested immediately,” Attorney Ben Crump, who is also on the Arbery family’s legal team, said.

The police department's troubled past

The shooting has put the Glynn County Police Department in the spotlight. The Reveal, 11Alive's investigative team, has uncovered an internal investigation, grand jury findings and lawsuits against the department alleging corruption, a culture of cover-up, and abuse of power.

The documents also allege false statements, tampering with evidence, influencing or intimidating witnesses, hindering arrest of one of their own and destroying and/or not properly maintaining public records.

“This is a department that is not necessarily following the rules and is kind of made up of a lot of rogue actors, who will do whatever they whatever they want to do,” Darren Penn, an Atlanta attorney, said.

Penn is representing the family of a woman suing the Glynn County Police department for mishandling their daughter’s 2018 murder case.

Katie Sasser “was basically assassinated by her husband at the time," Penn said.

"They were going through a divorce. Mr. [Robert] Corey Sasser, an incredibly violent and out of control police officer for the Glynn County Police Department. Basically what that case tells is a story of a department that does not follow procedures that is willing to protect its own,” Penn said.

The former Glynn County Police officer killed Katie, his estranged wife, and another man before turning the gun on himself in 2018.

Penn told the Reveal the officer's wife complained to the department, repeatedly, about her estranged husband, but they failed to arrest the officer when it mattered. Penn believes that part of the Katie's case mirrors what has happened in the Arbery case.

“The parallels are the hesitancy on the part of the police department, as well as the DEA or the prosecutor's offices," Penn said. "In the face of very clear, very real, very dangerous conduct by those associated with those offices, and just the overall hesitancy to do anything about it, to investigate them to make any kind of arrests to actually, at the end of the day, protect the public.”

In February, just five days after the Arbery shooting, the Glynn County police chief and three police officers were all indicted on multiple criminal charges. They include having sex with confidential informants, violation of oath of office, influencing a witness and a criminal attempt to commit a felony. Their case is related to a now disbanded drug task force.

A Nov. 8, 2019 Grand Jury report also concluded, among other things, that “there is an ongoing culture of cover-up, failure to supervise, abuse of power and lack of accountability within the administration of the Glynn County Police Department."

“If you look at what happened with the Sasser case and some of these other cases in the criminal context, as well as what's going on with Mr. Arbery’s matter, it paints a very troubling picture of a police department that is not following procedures in operating by its guidelines,” Penn said.

The department now has an interim police chief and its former officer, Gregory McMichael, and his son are facing murder charges.

After issues of conflicts of interest involving three prosecutors in south Georgia, the Arbery case is now in new hands – including that of a special prosecutor in Cobb County, the U.S. Department of Justice, the state and the Georgia Bureau of Investigation.

“We are hopeful that that investigation will actually do a lot more than the original investigation to uncover the truth,” Merritt said.

The Reveal also found, in a memo from the county manager to commissioners, that “a Grand Jury in March 2016 formed a committee to study whether the Glynn County Police Department should be merged with the Glynn County Sheriff's Office. That Grand Jury found that the issue should be placed on a referendum for vote in 2020.”