SB 509 passed almost unanimously Tuesday. It was the third in a series of bills aimed at giving voters power to dissolved the troubled police department. 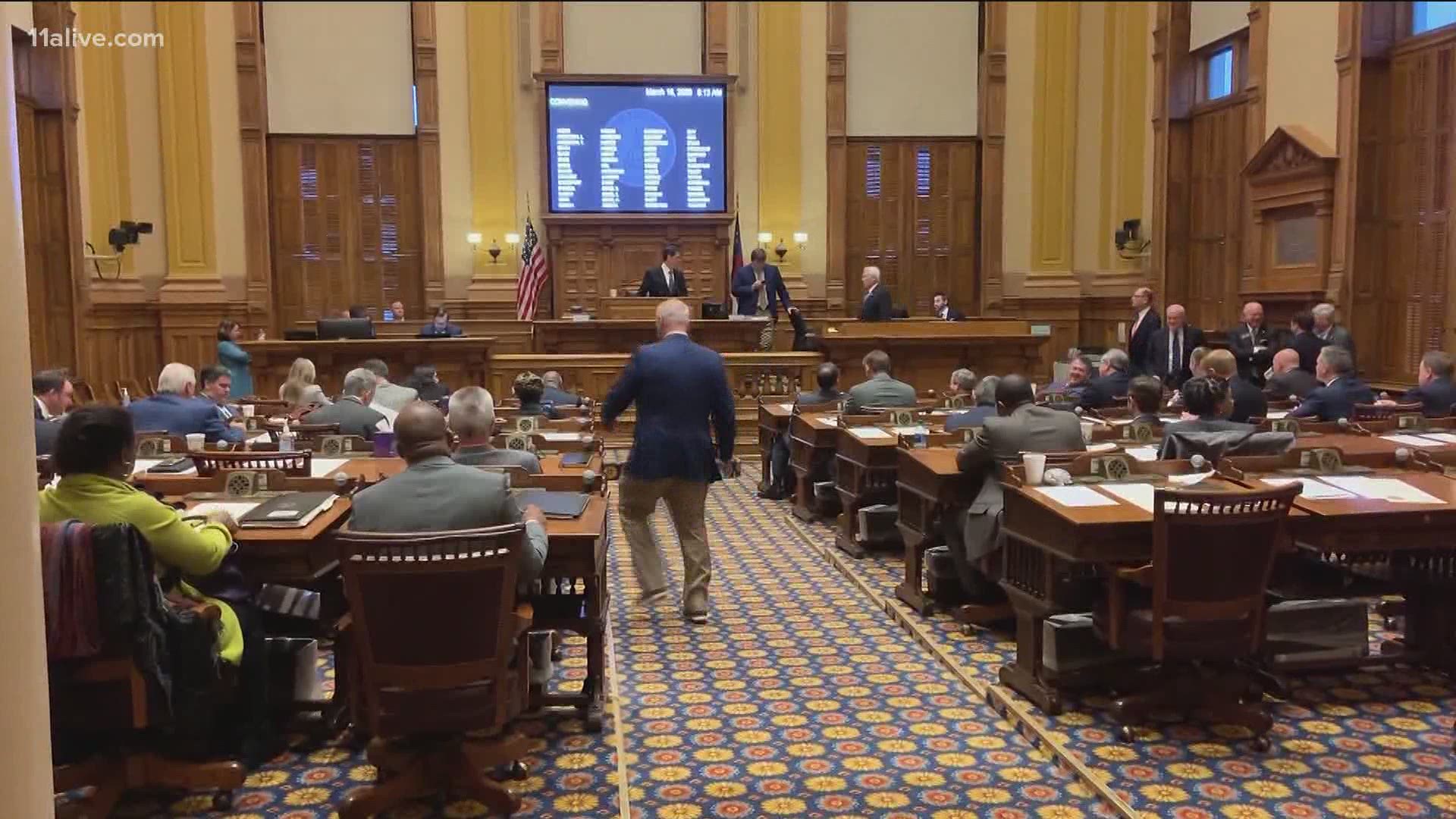 ATLANTA — Legislation passed would allow voters to decide whether to abolish a troubled police department.

A vote in the Georgia legislature Tuesday has cleared the way for voters to decide whether to abolish the Glynn County Police Department.

The department in question is the same police agency that responded to the Ahmaud Arbery shooting. It came under criticism after it did not make an arrest nor did it ask for the Georgia Bureau of Investigations to take over the investigation after realizing one of the accused, Gregory McMichael, was a former police officer within the same department.

Georgia lawmakers approved Senate Bill 509 almost unanimously – 152 "ayes" to 2 "nays" – which means the bill, along with two others, are now just one step away from giving voters the power to decide whether the police department stays or goes.

It was the second of three victories since Friday for state lawmakers looking to abolish the Glynn County Police Department.

Another bill, calling for a ”nonbinding advisory referendum for the purpose of ascertaining whether the electors of Glynn County desire the Glynn County Board of Commissioners to abolish the Glynn County Police Department; to provide for legislative purposes and findings; to provide for procedures and requirements relating thereto; to repeal conflicting laws; and for other purposes,” passed Monday.

A third related bill, Senate Bill 38, passed Friday and cleared the way for those who live in the county to have a voice on the matter. That bill will amend Title 15 of the Official Code of Georgia Annotated and explains how police departments can be dissolved:

“After a county police department is created pursuant to this chapter, it may be abolished by a local Act of the General Assembly; or a resolution of the governing authority of the county,” legislation reads.

Senate Bill 509, on the other hand, is specific to the Glynn County Police Department.

Ligon said the bills come after a Grand Jury recommendation in September 2019 about the county police department.

In a report to the county, the Grand Jury said the Glynn County Police Department had an “ongoing culture of cover-up” and that voters should decide in 2020 whether the department should be merged with the sheriff’s office instead.

“We decided to go the route of a non-binding referendum to perhaps give the county some time to make adjustments to how leadership was running the Glynn County Police Department and other issues that have been raised by the Grand Jury,” Ligon explained.

That was until the Armaud Arbery shooting happened in February, he said.

“There was some questions as to why the police department did not refer that case to the Grand Jury or the Georgia Bureau of Investigation, because of connections which the accused had to law enforcement departments in Glynn County. And, of course, there was also no arrest," Ligon said.

It would be months later when the GBI finally became involved, and arrested Gregory and Travis McMichael, the father-son pair accused of killing Arbery as he jogged.

"Just that process seemed to be consistent with the concerns that the Grand Jury had raised, and so the decision was made then to go ahead and go back to our original plan,” Ligon said about moving from SB 504, a non-binding referendum to SB 509, which calls for a binding referendum.

The change meant a new bill would give voters more than just a symbolic vote on the matter.

If signed by the governor, and then approved by voters in November, the Glynn County Police Department will be no more, beginning on May 2, 2021.

“This is not in accordance with any effort to ‘Defund Police'," Ligon clarified. "The people of Glynn County want law enforcement, I want good law enforcement. We all just want to bring order and peace and to settle some of the issues that have plagued our community throughout the years."

Even though the bills passed the legislature almost unanimously, there’s been some opposition, including from a Glynn County commissioner who sent a letter to the House Black Caucus asking for them to vote against it.

The bills now head to the governor’s desk for his signature.

"Considering the local and national outrage surrounding the Ahmaud Arbery killing, I believe Senator Ligon made a balanced and noble decision in presenting the bill. This allow the citizens of Glynn County to decide how they desire to be served and protected.

Personally, I’m in support of maintaining the Glynn County Police Department if our Glynn County Board of Commissioner show that they are willing to properly oversee and hold the department accountable for misconduct and ethical violations. However, that hasn’t been the case in the Ahmaud Arbery incident. We haven’t been told by County Commissioners why no arrest was made, nor who was responsible and what the corrective measures are.

It’s my belief that the survival or discontinuation of the department rest [sic] on the board of commissioners willingness to do some serious reform. Which includes dismissing Chief John Powell and hiring a new Chief of Police. Short of this, there is nothing to suggest that the Glynn County Police Department can benefit us or be trusted by our local community. Which would result in our citizens voting to abolish the department."