‘In my opinion, he saved that guy’s life’: Officer plugs bleeding artery of kidnapping suspect

An Atlanta Police officer survived a firefight with kidnappers. Then, he saved the life of a suspect he shot. 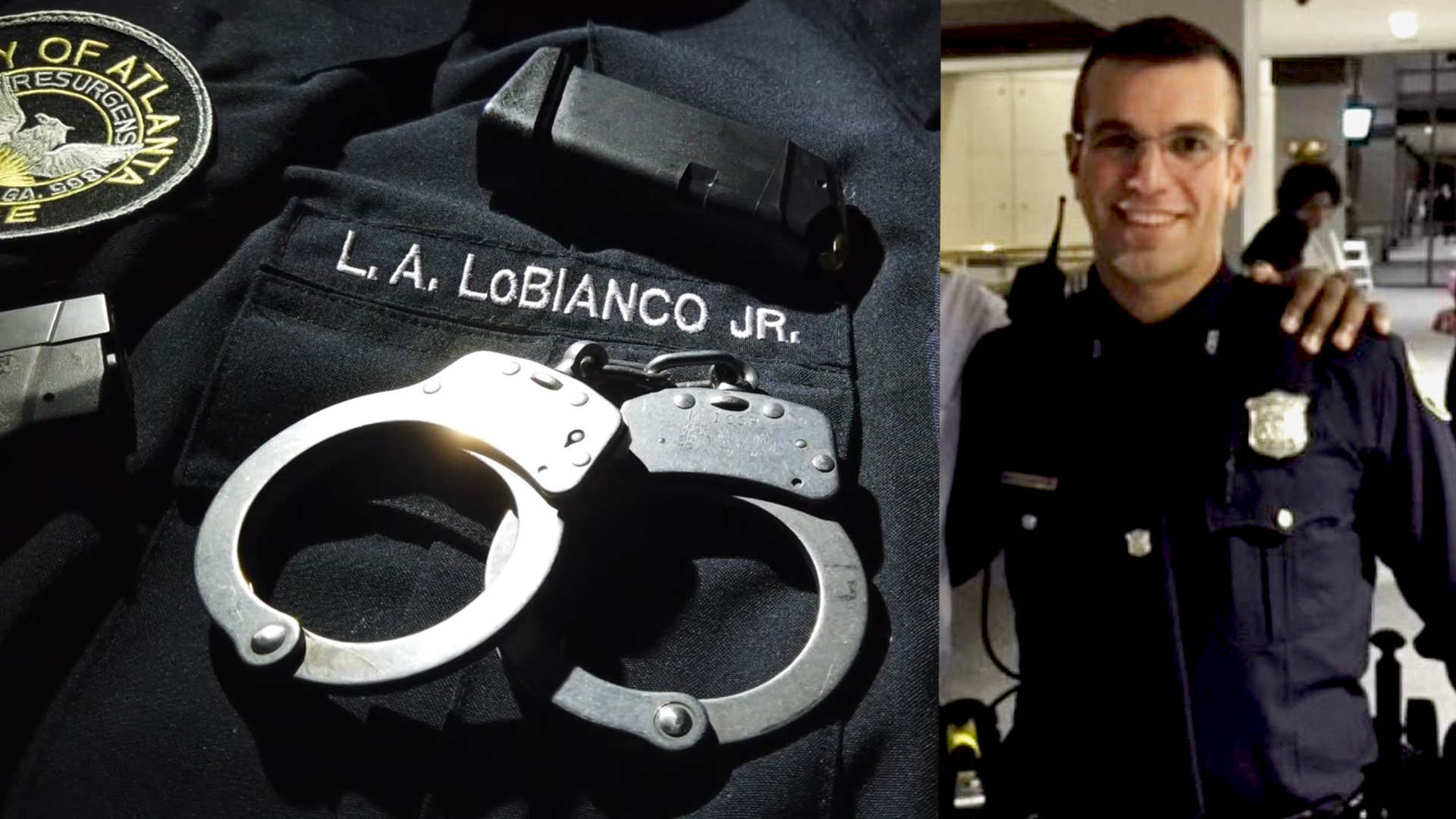 ATLANTA — Larry LoBianco became a cop to save lives, but the Atlanta officer also knew someday he may be forced to shoot someone.

“Our job is to prevent loss of life,” LoBianco said. “I mean, that’s what we took our oath for. You don’t want to hurt anybody, but if you have to, you will.”

In the early morning hours of July 28, 2016, Officer LoBianco ended up rescuing a kidnapping victim after a police chase, shooting one of the kidnappers, then saving the suspect’s life by fashioning a tourniquet from a radio cord.

The night before the shootout, five men had kidnapped Deborah Patrick from the parking lot of an East Point liquor store. The kidnappers sent her sons a photo text message, showing her head covered and bloody, with a gun pointed toward her face.

Officer saves kidnapping suspect who fired shots at him

It was the gun that would soon be fired at Officer LoBianco during the daring rescue.

The detective told officers in marked police cruisers to try to box in the arriving kidnappers, but the suspects were able to drive away by slipping between two of the police cars.

Officer LoBianco ended up as the lead vehicle in a short chase up Metropolitan Avenue. The suspects’ SUV crashed in the parking lot of an auto repair shop. The kidnappers immediately jumped out and started shooting.

“A guy turned around, he had a gun drawn, and I fired two shots,” LoBianco said.

Video obtained by The Reveal Chief Investigator Brendan Keefe, was just released because Officer LoBianco wasn’t fully cleared in the 2016 shooting until this past spring. Police and the GBI typically don’t release videos or other evidence while a case is still open.

The initial two shots fired by LoBianco missed the kidnappers. Two pistols were recovered at the scene, including a Smith & Wesson M&P .40 caliber handgun with an extended magazine.

Officer LoBianco chased two of the kidnappers around the corner of the auto repair shop while back-up officers were arriving on the other side of a chain-link fence in a dark alley.

LoBianco was alone with two kidnappers who had already fired at him.

“One guy was trying to jump the fence,” LoBianco said. “The other guy turned around again and I said, ‘drop the weapon!’”

“LoBianco’s got his radio off and he’s got a tourniquet around the perp where he got shot,” Officer Mercure said. “In my opinion, he saved that guy’s life. He was bleeding a lot, and he stopped the bleeding with his radio. He actually took the cord off and twisted it and kept twisting it, and cinched it down and stopped the bleeding.”

But McCurty was still bleeding. Officers and EMTs later told investigators they believed the suspect’s femoral artery was severed - an often-fatal wound that can cause a patient to bleed out in minutes.

“If you’re shot in an artery, a tourniquet’s not really going to do anything,” LoBianco told The Reveal. “You actually have to go in there and plug it. I plugged it with my thumb and kept pressure on it.”

McCurty survived and is now serving life in prison for multiple felonies tied to this case.

Deborah Patrick escaped during the firefight and ran into the arms of back-up officers arriving on the scene. She was treated and released for wounds to her head where the kidnappers had pistol-whipped her.

LoBianco was praised within the police department for his quick thinking. He started psychological therapy after the shooting and was relieved of duty late last year when the department referred him for a psychological evaluation. The Reveal discovered three officers were found unfit for duty by the same outside psychologist, using strikingly-similar diagnoses.

The Atlanta Police Department now issues tourniquets to all officers.

TRIGGER | Who killed the officers wife