Proposed legislation may have led to more cameras inside long-term care facilities. It failed to pass because some believed it was too restrictive. 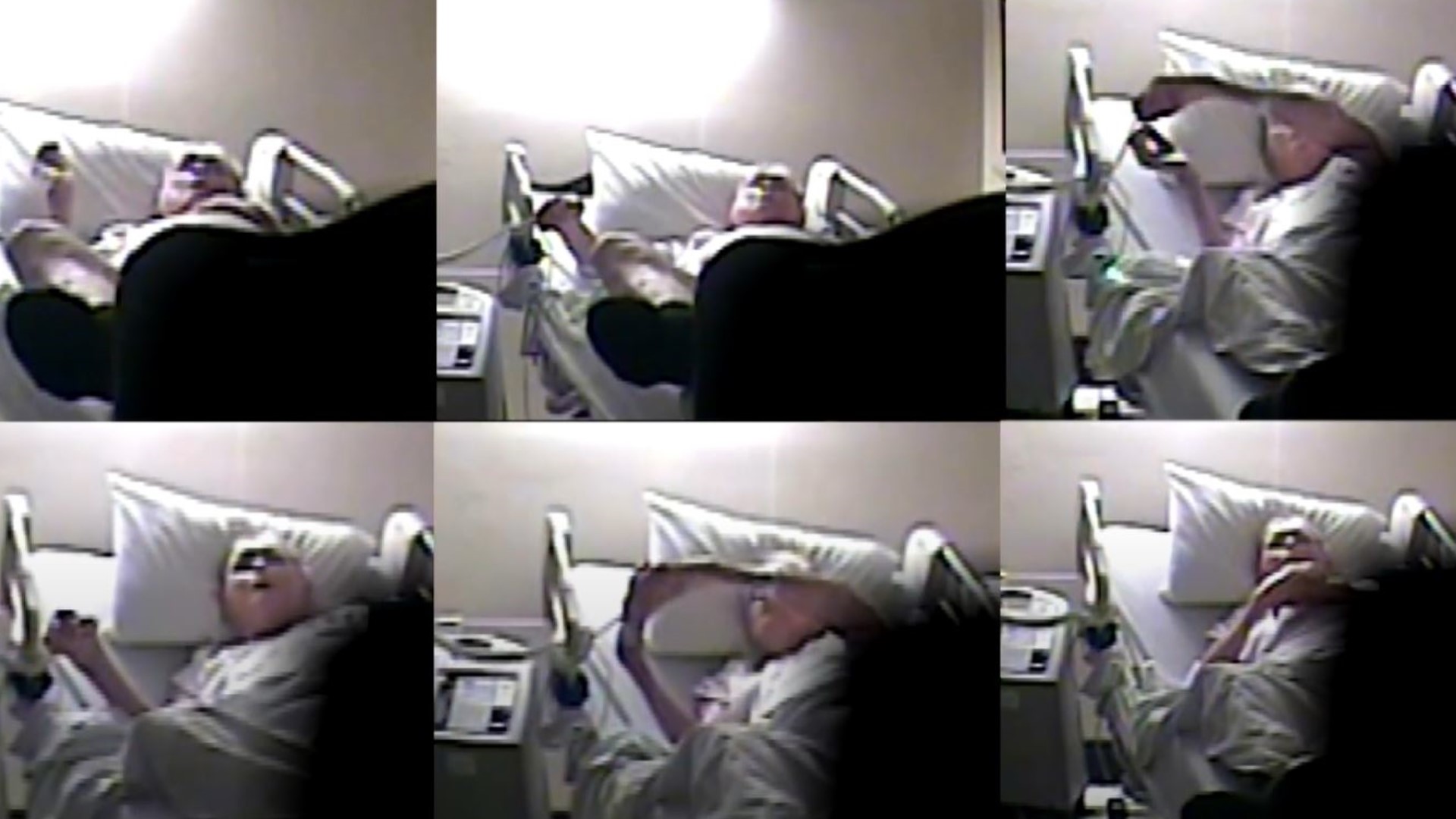 ATLANTA — When John LaHood saw the cell phone video of an Alzheimer's resident hit and slapped by a caregiver inside a Georgia long-term care facility uncovered by 11Alive, it rattled him.

“What I just saw is atrocious and should be dealt with in the most severe consequences that the law allows,” LaHood said, a state representative from Valdosta who owns and operates six long-term care communities in Georgia.

The victim is 89-year-old Evalyn Hall. The caregiver seen pulling Hall out of a wheelchair by her hair is charged with exploitation and depriving a disabled person of essential services. The incident happened this past April at The Social at Savannah, a facility owned by Thrive Senior Living.

While he hopes the video leads to a criminal conviction, the Republican lawmaker does not believe similar videos should be used in civil litigation against facility owners.

This past session, LaHood co-sponsored HB 605, aimed at encouraging more cameras inside patient and residents’ rooms. It failed because lawmakers could not agree with how cameras should be used in facilities– hidden cameras to be more specific.

Under the provisions LaHood supports, if a family documents abuse using a facility-approved camera inside a loved one's room, the recording could be used in a civil lawsuit, but not if someone recorded the same abuse with a hidden camera.

“I personally feel that cameras out in the open, that are disclosed, are going to do much more to prevent bad outcomes, bad incidents, bad behavior occurring. A hidden camera is going to do more to catch an incident after it’s happened,” LaHood said. “If you know you’re going to be recorded when you’re out on the job, you’re going to naturally perform better.”

Some advocates and trial attorneys disagree.

Nancy Pitra is the associate state director with AARP Georgia. While she admits open and obvious cameras better protect long-term care residents, she believes families should still have the right to use hidden cameras to hold facility owners financially responsible when neglect or abuse happens.

“Because so many of these cases, if they see the light of day, if they get reported, if anyone hears about it, it’s usually through a civil or an administrative action first,” Pitra said. “And, I just don’t want to see us legislate something that takes away that hidden camera piece, the accountability piece.”

The cell phone video, which captured Hall’s alleged abuse will likely be key evidence in a lawsuit filed this week against the facility’s owner.

The court’s decision came in direct response to a 2017 11Alive investigation into James Dempsey’s death, which uncovered hidden camera video of the 89-year-old begging for help inside his nursing home room. The video captured him repeatedly yelling that he could not breathe and staff allegedly ignoring him.

Credit: WXIA-TV
Hidden camera video of 89-year-old James Dempsey shows him begging for help inside his nursing home room before his death in 2017.

Attorneys representing one of the three nursing home employees charged in connection with Dempsey’s death argued staff had an expectation of privacy. The justices disagreed.

Mike Prieto, and his Atlanta-based law firm, represented Dempsey’s family in a civil lawsuit against his facility and currently represents Hill and her family in pending litigation. “It's yet another example of how the truth only comes to light when there's a video,” Prieto said.

HB 605 still allows prosecutors to use hidden camera videos in criminal cases, which oftentimes involve nursing aids or caregivers. Those job titles are not typically associated with high-paying salaries.

Prieto doesn’t believe operators should be immune from civil litigation while the staff, who worked for them, face criminal charges.

“So, if it's going to cost money, then we can't use it? If it's going to cost the facility money, but to throw a $12 an hour employee in prison, it's fine for that. Wow. If that doesn't show the true nature of the beast, I don't know what does,” Prieto said. “It's the money, follow the money.”

LaHood says he’s open to talking more about that issue with stakeholders. “You know, that’s a good point and I think that’s worth discussion,” LaHood said.

Some nursing home operators believe it’s the trial attorneys who are motivated by money. “I think that there are some lawyers out there, ambulance chasers, that would like to use this for purposes just to extract money from the facilities,” Neil Pruitt said, who owns, PruittHealth, one of the largest long-term care operations in the southeast.

“I don’t think they are good for patient care. I think they drive up the cost of healthcare for the state and for ordinary citizens,” Pruitt said.

PruittHealth says it has installed cameras in hallways and common areas in most of its facilities, but it does not allow families to install cameras in loved one’s rooms.

Its CEO says he would support legislation that sets guidelines for facility-approved cameras inside rooms.

Pruitt and other operators also do not want state regulators to have access to hidden camera video when levying financial penalties for inspection violations.

“It depends on how the video is used. I just personally think that everybody should be aware that they are being recorded and that’s our position,” Pruitt said.

Georgia House leaders say they are studying the language of the bill and there’s a good chance the legislation could be re-introduced in January.

For now, the Georgia Supreme Court ruling remains the law of the land and bad behavior caught on so-called “Nanny Cams,” can be used in civil and criminal court.