Response times to Hartsfield-Jackson International Airport are not only slow according to Atlanta's goal times, but also compared to airports around the country. 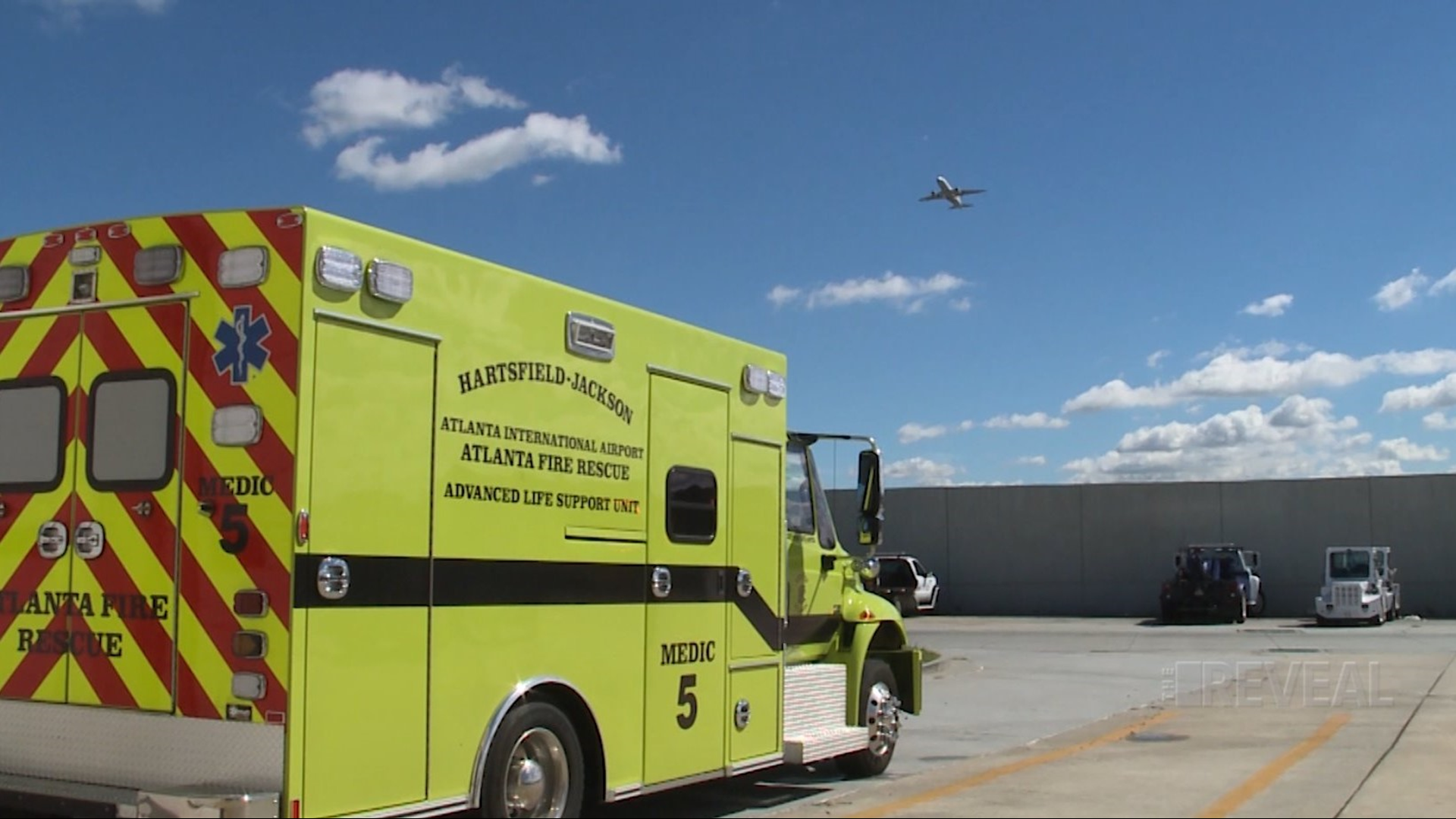 An 11Alive investigation uncovered Hartsfield-Jackson International Airport is failing to meet a critical goal when it responds to medical emergencies.

A 9-11 call this past August illustrates the problem, when an airport employee suffered a heart attack in the food court. Airport custodian Phillis Gay, and dozens of passengers, witnessed it first hand. “Everybody was just in shock,” said Gay.

“She was laying on her side and you could just see pain and anguish in her face,” said Tamie Mitchell, a passenger who was standing in line at the food court when it happened.

During emergencies, waiting for first responders can feel like an eternity, but Mitchell says something didn’t feel right. So, after the Atlanta Fire Department finally arrived, Mitchell was so upset, she sent a tweet to Atlanta Mayor Keisha Lance Bottoms, writing: “it should not take paramedics 17 minutes to show up.” Mayor Bottoms tweeted back: “wait time doesn't appear to have been as long as it seemed.”

It turns out, Mitchell’s concerns were valid. Dispatch records show it took more than 13 minutes for the fire department to arrive and additional three minutes for a stretcher to transport the airport employee. That’s 16 minutes, 21 seconds from the time dispatchers received the first 911 call until the time the fire department had the ability to transport the woman.

“I said to them, I would never want to get sick at the airport if this is how fast you guys respond,” said Mitchell.

Deputy Chief Antonio Webb is head of fire department operations at the airport. He admits the response time was less than ideal. “In a perfect world, in a perfect condition, I would say no,” said Webb.

Atlanta Fire has about seven fire stations at the airport and always have licensed EMT's on the airport grounds.

The fire department’s goal is to respond to medical emergencies under eight minutes, 90 percent of the time. According to records reviewed by 11Alive, it’s only reached that goal 58 percent over the past two and a half years.

By the numbers according to records provided the airport:

Total percentage of calls 8 minutes and under: 58%

Total percentage of calls 8 minutes and under: 58%

Total percentage of calls 8 minutes and under: 51%

[Steve Doig contributed to the data analysis for this story. Doig is a professor at Arizona State University, who specializes in data journalism]

Despite not reaching its goal, Webb says the public has nothing to worry about. “I would reach out to our passengers to say, if you look at our over-all performance in terms of saving lives, our overall performance should truly paint the picture of what Atlanta Fire and Rescue is about,” Webb said.

Chief Webb says security checkpoints and navigating through the 280,000 passengers that the airport sees a day, can present obstacles. “So, it’s a challenge, but we are up for that challenge,” said Webb.

Despite the time it took to respond to the airport employee’s heart attack, the woman survived. “That young lady made it home to her family to be with her family another day,” said Webb.

WATCH THE REVEAL | Sunday's at 6pm on 11Alive

The airport employee who survived declined interview requests. 11Alive is not identifying her.

Mitchell believes the employee only lived because passengers responded quickly by administering CPR, not the fire department.

“That should not happened in an airport as big as Atlanta,” she said.

How Atlanta Compares to Other Airports

At LAX, the city’s fire department responds to medical emergencies in about seven and a half minutes, on average. Atlanta’s average response time at the airport is about nine minutes.

Using the same benchmark, Hartsfield-Jackson is still slower. In 2017 Atlanta responded to calls under nine minutes, 68 percent of the time.

JFK said it does not collect response time records specific to the airport medical calls.

Webb questions the accuracy of the records provided by Los Angeles and Chicago’s fire departments. “Quite honestly, I’m not sure they were being truthful to you,” Webb said.

A few minutes before the airport employee suffered a heart attack, an accounting office at the airport called for the fire department after someone smelled smoke. According to a recording of the 9-11 call, the dispatcher appears to be unsure where she dispatched crews.

Here's a partial transcript of that call:

Airport Communications: “You guys are the ones who called for the fire department to the accounting room?”

Airport Communications: “They probably over there at the atrium.”

Accounting: “Yea, I told them north checkpoint like three times."

Accounting: “Every time we call, they go in the wrong direction.”

It took fire fighters about 10 minutes to arrive at the scene after the initial 9-11 call. Within seconds of arriving, a dispatcher received a call to cancel the response because the smell of smoke was gone.

When someone inside the airport dials 9-11, the majority of the calls go to a dispatch center called C4, which stands for Centralized Command and Control Center.

Webb does not over-see the dispatch center, but expressed concern with the recording. “What I heard on the audio, in a short amount of time I actually heard it, is something that really needs to be looked into,” said Webb.

The fire department also suffers from staffing shortages at the airport. Department policy requires at least 61 fire fighters on duty at the airport per day, but the division has about half as many as it should.

Webb says the department compensates for the staffing shortage by giving fire fighters over-time to cover the shifts. He does not believe it impacts safety.