A decade after one of the largest school cheating scandals in public education history, seven former Atlanta Public School employees are still fighting to clear their names in court. 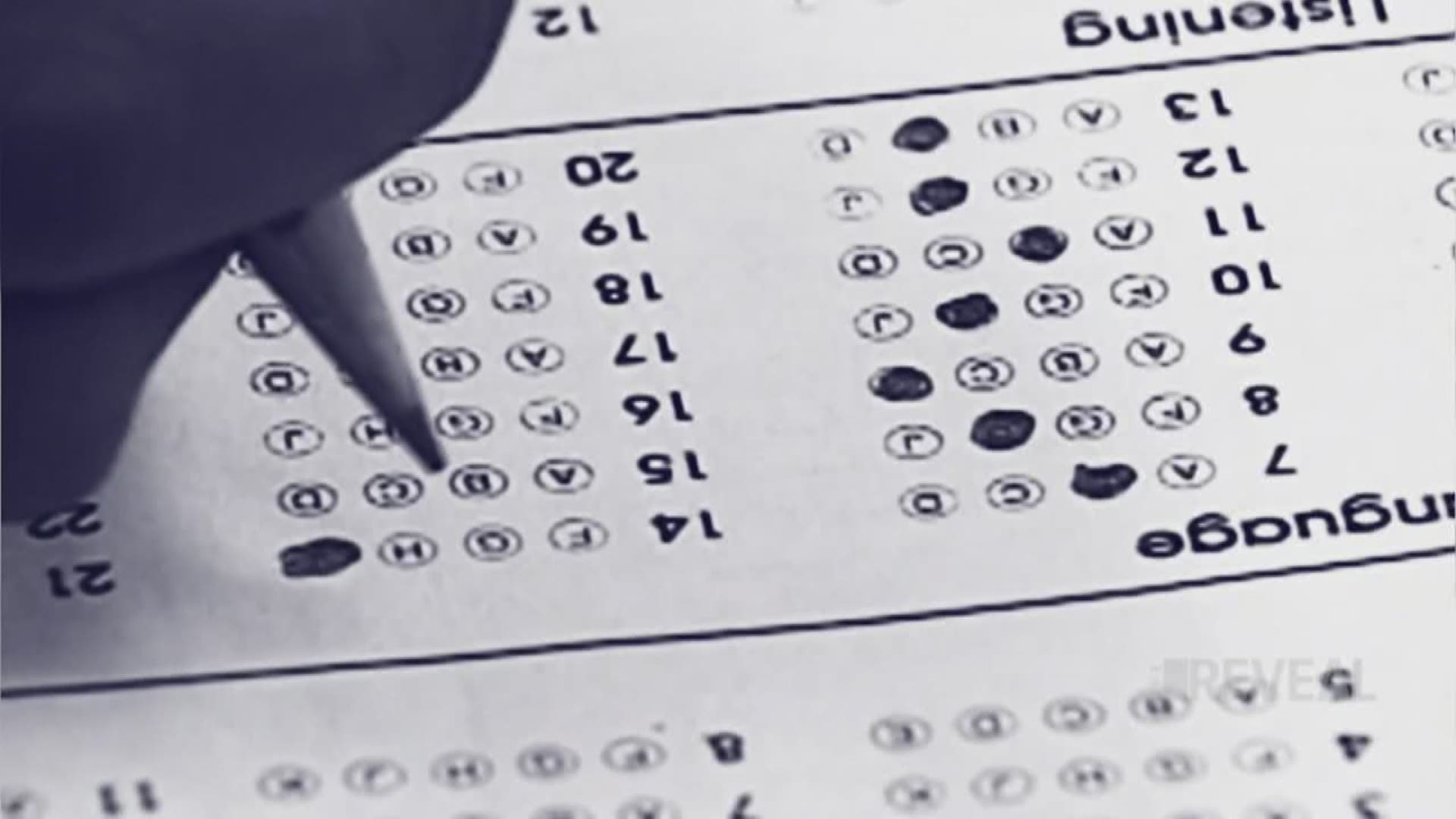 ATLANTA — On this particular day, Shani Robinson is standing in her den, flipping through a baby scrapbook.

“Awww!” she exclaimed. “This is his hand print.”

The birth of her first child will forever be linked to one of the most-trying times in her life - and it wasn’t because of the baby.

“This is just a little flyer that they put out,” she said, talking about a community of supporters who backed her during the trial. "[The flyer] says, 'Shani is one of the 11 educators convicted and awaiting sentencing. She’s expecting her first child and it’s due any day now.'"

The former first grade teacher at Dunbar Elementary, was convicted of racketeering and making false statements for the cheating scandal. However, she claims she was wrongfully accused.

Before switching to the Milestones test, Georgia used the reading and math scores to determine whether kids advanced to the next grade.

When the 2009 CRCT results came back, struggling students miraculously had exceptional scores.

“The students couldn’t do it. You can’t make that kind of progress under those circumstances, and yet the test results said it was being made. It wasn’t. It was a lie,” said former prosecutor Bob Wilson.

He was one of the investigators then-Governor Sonny Purdue appointed to look into what some suspected was widespread cheating - not by the student, but by the educators themselves.

"It started at the top. Dr. Beverly Hall was the superintendent of the schools [in the Atlanta school district],” Wilson explained.

Hall was indicted along with 34 other educators for racketeering. Twelve went to trial. Hall, though, never made it to trial. She was in treatment for breast cancer and died before the trial was over.

The Reveal Investigator Faith Abubey: So, you think [the cheating was] something Dr. Hall actually sat down and thought about and orchestrated and put into place?

Wilson: “Did she scheme it out? No. But she turned her head. Dr. Hall put immense pressure on her leadership team, especially on the academic side and the principals to achieve certain scores. She would accept no excuses, and there would be no exceptions.”

Some of Hall’s own staff said as much during the trial, after accepting plea deals.

“My evaluation was tied to student achievement,” former Venetian Hills principal Clarietta Davis said on the witness stand, during the trial. “Your job is in jeopardy, the jobs of your teachers. It was a hard decision to make, but I just did it.”

“Kids with low grades in class all of a sudden had exceptional scores for CRCT. Some couldn’t even read or do basic math,” Howard said.

Abubey: Were you guys just trying to make an example out of APS? Because other school districts had unusual test scores, as well.

"It’s not even close," Wilson replied. “Atlanta’s was systematic. Let’s make no mistake about it. It was systematic. APS went to massive extreme of wrongdoing. So much so that it was criminal and the damage that they did was immense.”

Educators on the witness stand revealed their roles, telling the court they erased and re-bubbled answers from wrong to right, and, in some cases, met in groups at an educator’s house to change the test answers.

“It was a really unusual circumstance,” Howard reflected.

Nearly half of the educators implicated either confessed or took plea deals.

“I accept responsibility for this conduct, which was unethical, immoral, dishonest and criminal,” former Parks Middle School principal Christopher Waller admitted in court during the trial.

But not Robinson, pregnant and all.

"I would never admit to anything I didn’t do,” she said. “Going back to that day, I mean, it was horrifying. You know, you wake up one day and everything is normal and then later, you realize you’ve been charged with two crimes that could land you in prison for 25 years. And, for what? I didn’t do anything wrong.”

Abubey: You didn’t change the answers?

Despite Robinson and seven others maintaining their innocence - including Hall, who denied the allegations till her death - Wilson said he and his team stand by the results of the investigation that led to the trial.

“I’m sorry. Children were hurt. Face it. Stop making excuses for yourself,” Wilson added, when asked about Robinson’s continued court appeals. “That abuse of power led to many a child being hurt, because they didn’t get the education they should have gotten.”

Robinson said she never doubted that teachers cheated, especially those in economically disadvantaged areas. But, she believes the district and state leaders used the educators as scapegoats.

"If you can place all the blame on the teachers, on educators, you don’t ever have to fix any of the root causes on what, you know, why cheating occurred,” Robinson said.

Ten years since the details about the cheating scandal began to emerge, Howard said he regrets a few things that happened. Chief among them - what happened to the children. Researchers identified about 3,500 APS students they say were negatively impacted by the cheating.

“I still regret that there’s a large number of children, that are still in my view, are still suffering from the scores that were changed. I wish that that had not had happened. And, I wish that there was some way that our community could go back and aid those children,” he explained.

But time keeps moving forward and Robinson’s son, Amari, is now 4. He is one more year closer to entering into the same public education system that’s made his mother a convicted criminal, still fighting to clear her name.

“I want him to go to public school,” Robinson said. “I still believe in public education. I feel like there’s hope, if we can address some of these root issues”

Out of the 12 who went to trial, 11 were convicted. Only one was found not guilty.

Two of the 11 convicted took deals to stay out of prison. Two others exhausted their appeals all the way to the U.S. Supreme Court, which concluded it wouldn’t review their case. They turned themselves in to prison last October to serve their original sentence.

There are currently seven educators who are still in the system, fighting, in court appeals. They remain free on bond while they go through the appeal process.

A fair chance? Not all Georgia teachers certified in the subjects they teach

Schools shootings, can we talk our way out of the problem?