'Lucrative sales job' scams participants out of thousands around the country

People from coast to coast claim Watertek owes them thousands of dollars after failing to deliver promised jobs and expensive in-home water equipment. 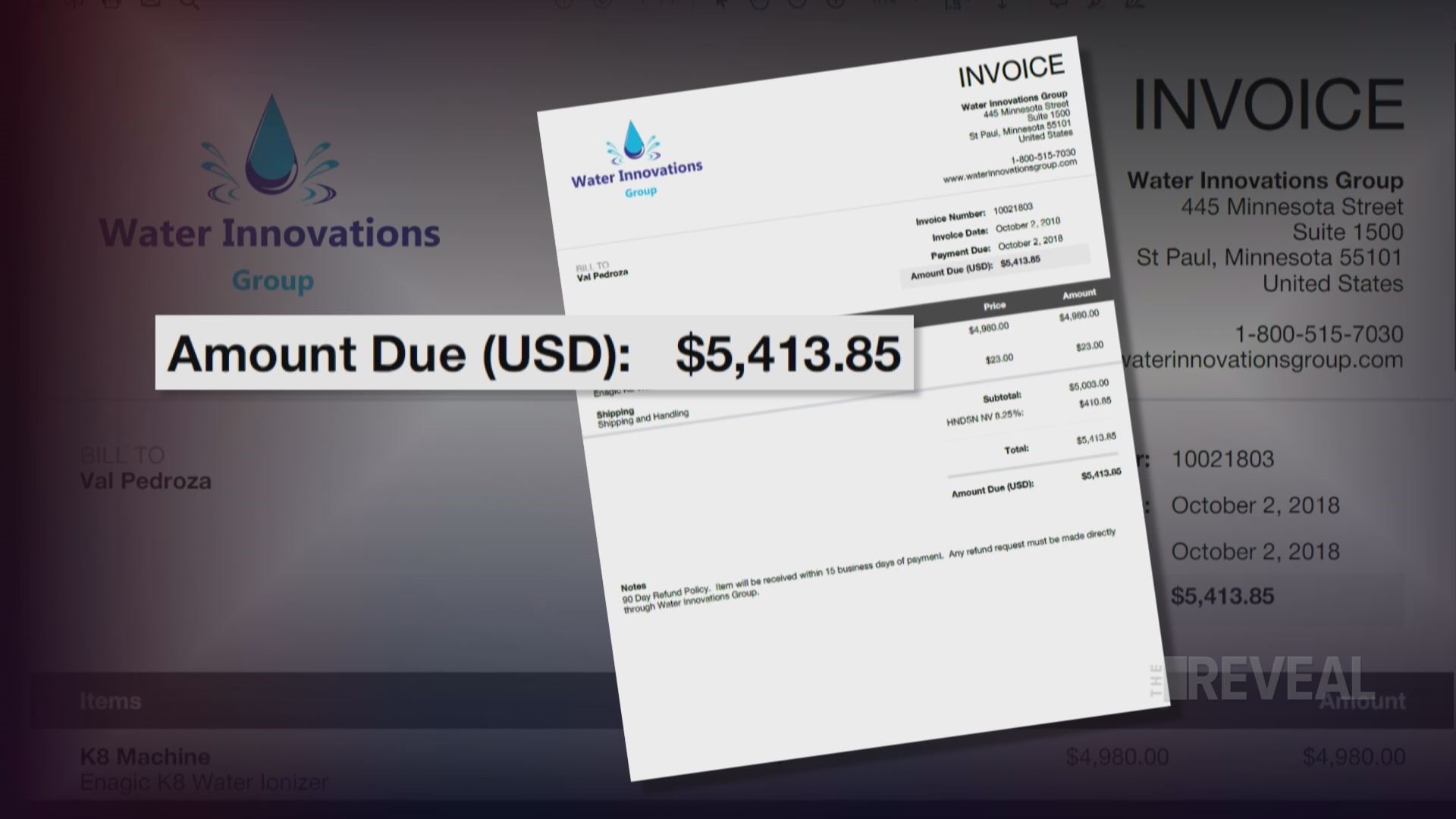 Unhappy customers from across the county say Minnesota-based Watertek Marketing Corporation – and two other companies created by the same man – convinced them to pay thousands of dollars each for water treatment equipment that never arrived.

Getting that equipment was supposed to be a key step in landing lucrative sales jobs the companies had promised.

It all started when they spotted job offers on Craigslist.

“I was supposed to get a base salary of $4000 a month,” Kevin Molway of Kansas City, Missouri told KARE 11.

“The thing that drew me to it was a salary position instead of commission-only,” said Val Pedroza of Henderson, Nevada.

“I was very interested in the guaranteed salary,” said a Florida woman who asked that her name not be used.

They are just three of the people from across the country who say they were taken in by a Minnesota company claiming to sell a revolutionary water system.

Credit: KARE
Three of the people from across the country who paid thousands but say they got nothing.

“It’s time to produce delicious and healthy water at home,” said the narrator in the one of the online videos promoting the product.

“I was very excited,” said David Maddox of Las Vegas. “Extremely excited.”
Over the phone, a man calling himself Michael Brunn told David he would be working for Watertek Marketing of St. Paul, Minnesota selling a water ionizing machine called a “K-8.”

A company called Enagic manufactures the K-8 machine and touts the benefits of so-called Kangen water.  The ionized water is supposed to better for you.

Watertek said it was acting as a distributor to help sell the units.

The only catch?  To sell the machine, Watertek said you needed to buy one.

“If you want to be a successful, a high-level successful distributor, it is a must that you get a K-8,” the Watertek representative explained in a recording.

The K-8 units cost roughly $5,000. But Watertek included a 90-day money-back guarantee.  During that time,  people like Kevin Molway were told their money would be held in escrow.

“And he said don't worry about it, your money's sitting in an escrow account,” Molway told KARE 11.

“Did the word escrow make you feel like your money was safe?” asked reporter Lou Raguse.

But time after time people told KARE 11 they paid thousands of dollars for machines that never arrived.

“Never. I never got the machine,” Molway said.

“Did you ever receive the machine?” we asked Jay Brooks of California.  “No,” he said.

“How long did it take to get your water machine?” KARE 11 asked David Maddox. “I actually never received a water machine,” he said.

Credit: KARE
David Maddox says his dreams of a sales job were “shattered” by Watertek.

“To pretty much get your dreams shattered, it was devastating to me.” Maddox said.

Then in an email last September, the company announced that Watertek was suspending its distributor program.

In an emailed voice recording a Watertek representative called it an “immediate pause to our master distributor program.”

But KARE 11 discovered that at the same time Watertek was taking its so-called “pause” another company was being created:  Water Innovations Group.

Water Innovations claimed to be selling the same machines. It was registered at the same St. Paul address as Watertek.  And in a new recording the company used the same familiar voice to recruit more people.

Credit: KARE
Water Innovations Group was created at the same time Watertek was suspending it program.

The company representative can be heard assuring people: “We’re not like some, you know, company in a garage that just created a website and said, ‘Hey, send us money.’ That’s not what it is.”

“And it just kept going on to the point where I said, well okay, I’m going to have to request my money back, I’m done,” Pedroza told KARE 11.

And what about those promised refunds from money supposedly in escrow?

Even though the contract Pedroza signed promised that the “the entire purchase price is refundable” he says he hasn’t been able to get his money back.

“Jeez, there’s no responses. Nothing but excuses,” he said.

Pedroza is one of more than two dozen people from all across the country who told KARE 11 they hadn’t been able to get refunds either.

Even so, KARE 11 found evidence that the sales pitches continued – this time under another new name.  Records show the new company was called “Mile High H2O”, also known as “The NEW H2O.”

In Florida a stay-at-home mom sent the company $5,000, hoping she could make some money after her husband was injured at work.

“Our family was in a tough position before. And I put our family in a worse situation,” she said. “And I have to live with that by looking at my children and husband. And I don’t know how to repair that.”

When she couldn’t get a machine – or a refund – she says she decided to contact Enagic, the company that makes the K-8 water ionizer machine.

“Did Enagic say that these were legitimate companies?” Raguse asked.

“Unfortunately, Enagic told me that Mile High H20 were scammers. And I needed to report everything to the FBI,” she said.

In an email, Enagic told us they had “terminated” the companies after discovering “unscrupulous and unauthorized business activities.”

So, who’s behind it all?

When KARE 11 checked public records filed with the Minnesota Secretary of State, we discovered the same man was listed as the “Incorporator” for all three companies: Charles Fields of Blaine, Minnesota.

We called Charles Fields – and knocked on his door – trying to get his side of the story.

At one point, Fields said he would agree to sit down for an interview. We were all set up ready to go.  But Fields didn’t show up.  Minutes after the interview was scheduled to begin, he sent an email, canceling it.

We wanted to ask Charles Fields why people didn’t get machines – or refunds?  And why when one company seemed to fail, he just created a new one to recruit other people?

He never answered those questions. In an email he said he is “making progress towards taking care of all of the parties we own anything to.”

After KARE 11 began asking questions some people have gotten refunds. But other have not.  And the impact on families goes far beyond just money.

Pierce told us he hoped the water machine sales job would help pay doctor bills after his son developed a brain tumor.

Out money – and lost time – Pierce said he’s so angry he contacted the FBI.

“I’m like, how hard is it to just return people’s money and then be done with it? You know, I feel like I was Ponzi-schemed. I mean that’s kind of what it feels like,” Pierce said.

Both the Minnesota Attorney General and the FBI tell us that they can’t comment on any active investigations. But we will keep you updated on any developments in this case.

The Attorney General’s office warns that people should always beware of companies that ask for upfront payments just to get a job.

For other tips on how to protect yourself, check out two brochures the Attorney General’s office prepared about Employment Scams and Work-At-Home Scams.

Our investigation started after a tip from a whistleblower.  If you have a suggestion, or want to blow the whistle on government fraud, waste, or corruption, email us at: