The department has denied 11Alive access to public records under the Georgia Open Records Act. The cases were previously closed by the department. 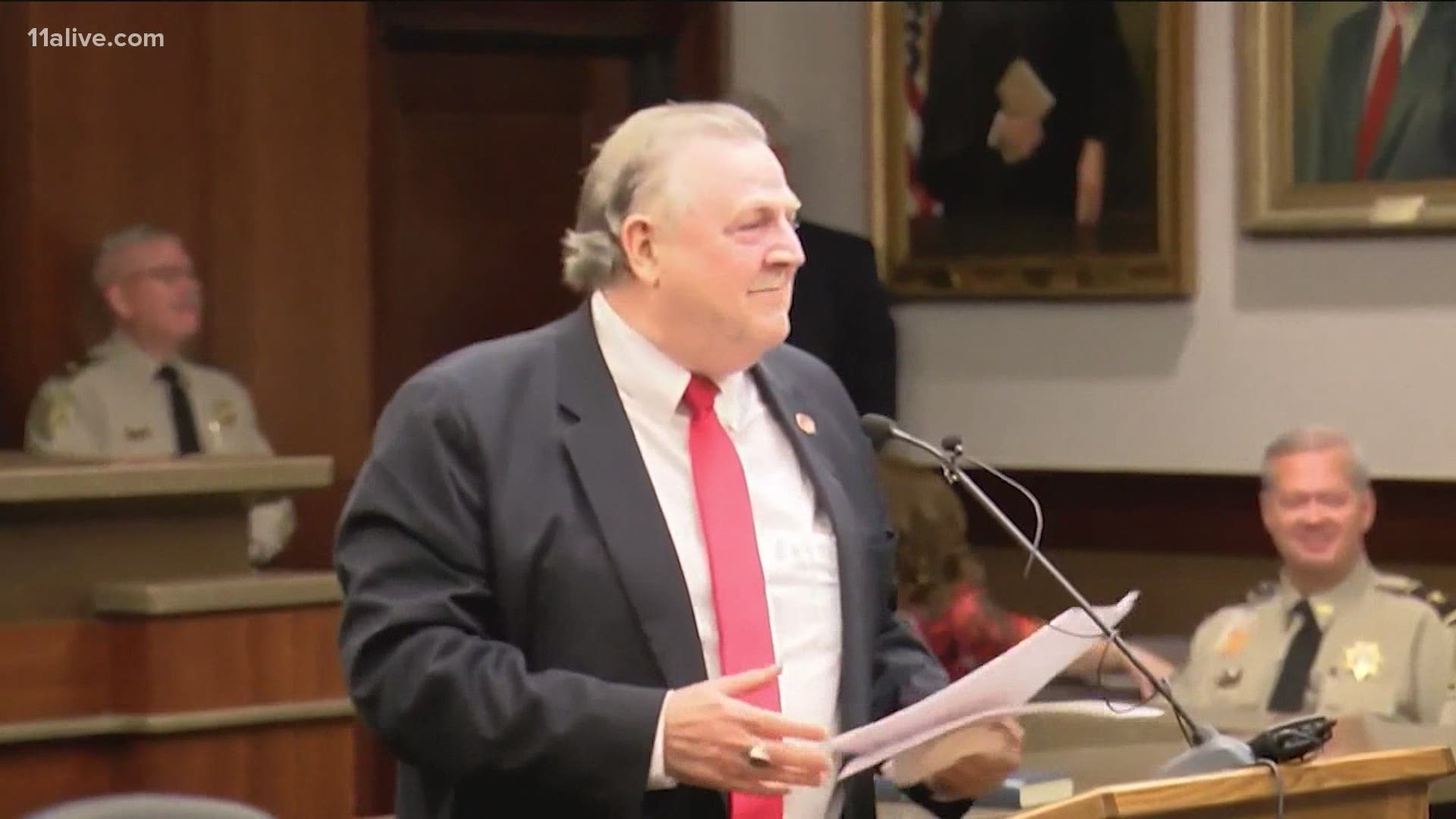 The requested hearing follows a lawsuit 11Alive filed against Sheriff Neil Warren, which alleges his department has violated the Georgia Open Records Act in an attempt to conceal documents related to jail deaths.

The sheriff, who is running for re-election, declined to produce the documents because he claimed the inmate deaths were still under investigation, not by law enforcement, but private attorney Nathan Wade.

According to the complaint filed in Cobb County Superior Court on Thursday, “Mr. Wade is a not a law enforcement officer or investigator; he is a private attorney who has no apparent experience, qualifications, or training in conducting jailhouse investigations and no bona fide investigative authority.”

Through records requests, 11Alive and its attorneys identified no documents defining the scope and purpose of Wade’s investigation or any letter of engagement, which typically outlines the work an attorney is hired to perform.

The county says Wade is also doing the work free of charge.

“There is an exception that allows law enforcement agencies to withhold records that are part of a legitimate criminal investigation, but that is not intended to allow an elected law enforcement officer to withhold potentially unflattering documents to the public in the run off to an election,” said Ian Byrnside, one of the attorneys representing 11Alive.

The lawsuit outlines that Wade has represented the Sheriff Neil Warren in personal matters in the past.

“At the suggestion of Cobb County Chief Deputy Sheriff Sonya Allen - who is Mr. Wade’s former classmate and friend - Mr. Wade represented Sheriff Warren in his personal capacity at a hearing before the Cobb County Board of Elections earlier this year, and defended Sheriff Warren against allegations made by a former Democratic challenger that Sheriff Warren did not notarize his original qualifying documents,” the lawsuit said.

11Alive’s attempts to obtain the jail death records follows a series of the Reveal investigations exposing the death of former inmate Kevil Wingo. Video and documents released from his case file this past June show Wingo repeatedly begged to be sent to the hospital after suffering from stomach pain and difficulty breathing for at least seven hours.

Instead of sending him to the hospital, jail and medical staff placed Wingo in a padded room, where he later died alone. The medical examiner ruled his death natural, caused by a torn ulcer.

Since 11Alive’s investigation, two law enforcement agencies have been asked to take another look at the circumstances surrounding Wingo’s death and other inmate fatalities.

Since our investigation, the Cobb County District Attorney asked the U.S. Attorney’s office to open a federal investigation into recent jail deaths at the detention center. And on Aug. 27, the sheriff requested the Georgia Bureau of Investigation conduct an administrative review of Cobb County’s original investigation.

At least two nurses who worked the evening Wingo died have been put on administrative leave.

11Alive asked the sheriff’s office if it would like to comment on the lawsuit, the GBI review or the district attorney’s investigative request, but did not get a response.

According to the county medical examiner’s office, at least 51 people have died while in custody at the jail since 2004. One of those deaths includes an inmate’s newborn baby which died during childbirth.

In response to the Reveal’s investigation into Wingo’s death, Cindi Yeager, a criminal defense attorney, wrote an editorial published in August in the Marietta Daily Journal demanding the DA request an independent investigation and criticizing Sheriff Neil Warren for not taking action himself.

"Since the editorial, I’ve gotten three to five letters or more every day from inmates complaining of the treatment that they’re getting, the fact they’re not allowed out of their cells,” said Yeager.

11Alive has asked a judge to hold a hearing on the issue in the next 30 days. The November 3 election is 39 days away.