A lawsuit filed against the massive Georgia-based collections agency claims the company is breaking the law as well as keeping money that doesn't belong to them. 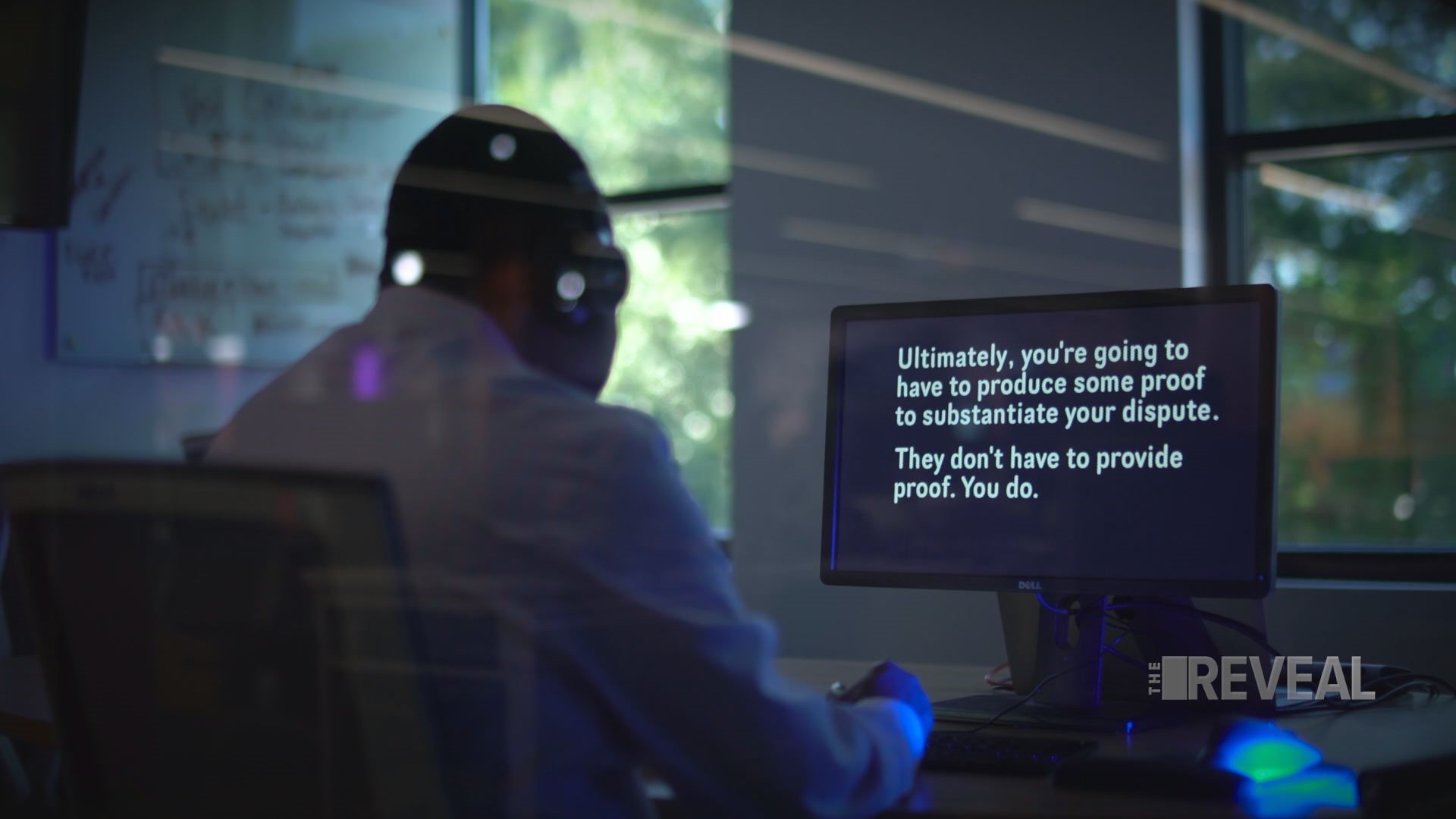 COLLEGE PARK, Ga. — If you’ve ever moved out of a rented apartment, you were likely hit with surprise charges.

More unpaid apartment debt ends up with a College Park collections agency than anywhere else. National Credit Systems (NCS) is the largest collection agency for apartment complexes in the nation. The company sometimes sues former tenants and occasionally gets sued by consumers disputing the debt.

One former tenant had enough with the way he was treated by the debt collector, so he complained to the Colorado Attorney General.

Austin Caisse, the former tenant from Denver, believed an NCS collection representative broke the law during three separate calls in 2016.

The final response from NCS to the Colorado Attorney General was clear: “NCS was unable to locate the recordings for the calls referenced in your request.”

But 11Alive has the missing recordings.

“Tell the attorney general that we lost the call recordings”: that’s what Ryan Baxter says his boss told him to do. Baxter, the former manager of the company’s legal department, has filed a lawsuit against his former employer, claiming that he left NCS because executives asked him repeatedly to break the law.

When Caisse asked the NCS collector for proof he owed the apartment complex money – what is called ‘validation’ under the Fair Debt Collections Practices Act (FDCPA) – the collector responded, “they don’t have to provide proof. You do.”

“The guy got aggravated and very hostile towards the end of especially the third call,” Caisse told KUSA’s Chris Vanderveen.

The complaint went to Ryan Baxter at NCS in August of 2016. His first response to the Colorado Attorney General defended the company.

“We can assure your office that we in no way violated the law or spoke to him in a less than professional manner,” Baxter wrote as the company’s compliance investigator.

Then, the Colorado Attorney General’s Office asked for copies of the call recordings.

Baxter said once he listened to the recordings, he suspected the collector had violated the federal FDCPA. “When he told the consumer that he had to provide the proof to our company that he didn't know the debt, that's not legally correct,” Baxter said.

“He told me that we should write the Attorney General back and tell them that we had lost the call recordings,” Baxter said.

Baxter, now an attorney, was studying for Georgia’s Bar exam at the time and claims he refused to lie to a state attorney general.

Ron Sapp’s signature appears at the bottom of the letter. Sapp confirmed in an email to 11Alive's The Reveal that it’s his signature on the letter.

“I cannot say if I ever heard the calls in question prior to you providing them to us, although they clearly existed,” Sapp wrote.

But Sapp put the blame squarely on his subordinate, Ryan Baxter, for initially defending NCS in the first letter to the Colorado Attorney General.

“Disappointedly, Mr. Baxter either did not perform the investigation as he stated, or he was not forthcoming in his findings. This is not in keeping with his training or with our company policies and standards. It is also peculiar that Mr. Baxter states that he was instructed to lie in a later response given the initial response he provided to the [attorney general],” Sapp wrote.

The NCS vice president also wrote, “the negative appearance of these contradictions and discrepancies are clear and acknowledged, but this is not consistent with my values and is out of character."

We first asked NCS President Joel Lackey about the recordings in an interview at the company’s College Park headquarters. Before telling him we had copies of the calls, we asked why the recordings could not be located. Lackey echoed the statement in Sapp’s letter to the Colorado Attorney General three years earlier.

“[The collections representative] is a remote employee, and our recording system isn’t perfect,” Lackey said.

But the calls were recorded and The Reveal obtained them from a confidential source.

Lackey, at first, said he didn’t know the details of the Austin Caisse’s complaint and the company’s response to it, even though it's the only consumer case referenced in Ryan Baxter’s lawsuit against the company. We also told the NCS president in advance that we would be asking questions related only to the claims in the lawsuit.

We played selections of the calls for Joel Lackey in the middle of our interview, and later provided him with full copies of his own company’s recordings – the same recordings that the company told the Colorado Attorney General did not exist.

The Reveal Investigator Brendan Keefe asked Lackey, “if we have the recordings, and we have a letter to the Colorado Attorney General saying those recordings don’t exist, how can those two things both be true?”

By all accounts, the recordings are not flattering for the collections agency.

Austin Caisse: “And I have proof, I have a move out on the form of the four months of when I moved out.”

Austin Caisse: “I’m going to go ahead call somebody else, because you’re going to argue with me with this, and I’m not going to to take it.”

Austin Caisse: “I didn’t allow myself to stay on the contract.”

NCS Representative: “Yes, you did! Yes, you did. OK, so I’m going to let you go, and we’ll let it, it will go on your credit history and your rental history, and you can just deal with it from there, OK?”

“I don’t like that one bit,” Lackey said after hearing the parts we played during the interview.

“So, that’s not typical of your company?” Brendan Keefe asked.

“No. Absolutely not,” Lackey said.

NCS said the collections representative on the call recordings was later fired for his behavior on a similar call.

Lackey is more concerned with another former employee, Ryan Baxter.

“The summation of this situation is that we have an unstable disgruntled employee who secretly compiled and stole information from his employer for quite some time,” Lackey wrote in an email this week. “During his entire length of employment, he was able to come up with one scenario (Austin Cassie) that may not have been handled correctly.”

OTHER CLAIMS – AND COUNTER CLAIMS

Baxter’s lawsuit includes several claims against NCS. The company has filed a motion to dismiss the case, to which the company attached a screengrab of text messages from an NCS employee.

NCS and Lackey claim the text messages were sent by Ryan Baxter, using the N-word and threatening to use his powers as a lawyer to go after the employee. While the screengrab is part of the company’s court filing, 11Alive is unable to validate its authenticity. The phone number on the texts is from south-central New York state, and it’s not clear whether the texts came from Baxter or not.

Lackey also insisted that we include a reference to an EEOC complaint that Baxter filed and then withdrew, claiming racial discrimination against him by NCS.

“He claims that he was terminated because of his white race,” Lackey said.

The only claim we were able to verify other than the missing recordings is the practice NCS used to keep interest money from judgments in favor of their clients, the apartment complexes.

National Credit Systems operate on a contingency basis, keeping a portion of the money it collects on behalf of apartment complexes. Sometimes, the company takes former tenants to court, and any judgment in favor of the landlord is split between NCS and the client. If the judgement is paid late, depending on the state, interest is collected.

Baxter claims in his lawsuit that he discovered NCS was keeping all of the interest payments, even though they were on judgments in the names of the company’s clients. He also says the company was not telling the clients about the interest money it was withholding from them.

“I'm not going to take part in that,” Baxter said he told NCS President Joel Lackey, adding that he believed it was improper and illegal.

Lackey admitted to the practice and recalled a similar conversation with Baxter during our interview, but insisted there is nothing illegal or improper about it.

“It’s such an inconsequential amount,” Lackey said. “We’re talking about one half, of one-tenth, of one percent,” of the company’s gross collections revenue.

Lackey refused to tell us what either amount is in dollars.

“The whole reason for a period of time that we did not remit the interest that was paid over and above of the amount of the account that was turned over to us, is that we would get complaint after complaint from clients saying ‘We can’t post this.’ They’d send us the checks back,” Lackey added.

The company started posting interest to clients’ accounts in 2016 after Baxter raised the issue with Lackey.

NCS said its contracts allow them to keep 100 percent of judgment interest in the name of its clients. When we asked for the relevant clause in the contracts, Lackey responded, “the fee clause in our agreement is silent on this subject.”

We contacted some NCS clients directly to ask if they were aware the company had kept the interest money. None responded to our messages and emails, but NCS said at least one large client sent our email to NCS for an explanation.

Lackey called the amounts the company kept, “less than rounding errors.” He said the one large client that The Reveal contacted received over $1.9 million in collections, and NCS kept only $2,900 in interest that could have gone to the client.

Baxter claims in his lawsuit that the interest amount is as much as a million dollars total over several years, which the company disputes, but the lawyer told us the amounts are irrelevant when it comes to ethics and the law.

“Once I found out about it, I took it immediately, the same day, to my bosses and said, ‘If this continues anymore, I'm done. I'm out, I'll consider myself fired,’” Baxter said.

Lackey wrote in an email to The Reveal, “the public doesn’t care about a detail of a contract between a collection agency, and it’s [SIC] client that has no impact on them…however, when framed a certain way, it can be used as something to support the narrative of ‘the bad collection agency.”

NCS said Baxter just wants money, and that he offered to settle all claims for $423,000.

“This is a shakedown," Lackey said. “That’s all that it is. It’s all about money," he said.

Baxter told us it is about money, but not for him.

“I just really want to see the clients get paid back their money. That's all,” he said.

“The reason I did the interview and have spent so much time in our communications was in hopes that you would be true to your word of not making this effectively just a one-sided ‘hit piece’,” Lackey said.

At the end of our interview, Lackey said, “the collections industry has more than its fair share of bad apples. There’s no doubt about it. We’re not one of them. We go to great lengths to operate totally above board, and in compliance with the law, and to serve our customers well.”

DJJ board votes to remove commissioner after 11Alive investigation

Their stuff missing, money gone. Here’s why it’s not a crime