She was "eaten alive" by millions of mites. Years later another death calls the safety at a Georgia nursing home into question. 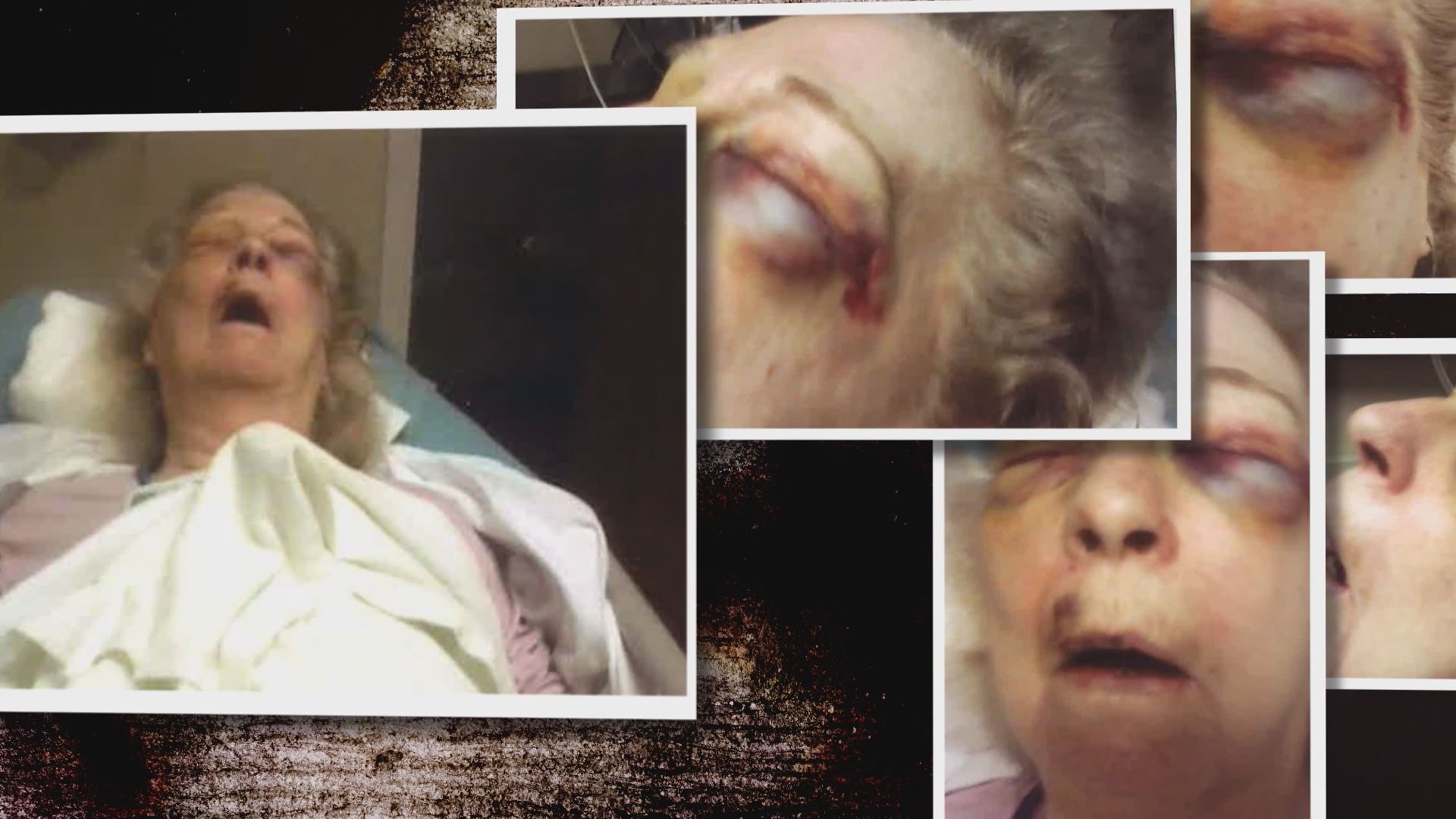 LAFAYETTE, Ga. — A Georgia nursing home once criticized for allowing an elderly woman to die from a scabies infestation is back in the spotlight. The latest complaints come from a widower, whose wife lived at the facility, and a former nursing home manager.

Frances Palmer moved into Shepherd Hills Nursing Home in LaFayette, Georgia in the summer of 2018. In the time she lived there, her husband Jim, documented injuries related to three different falls reported to him by staff.

After her second fall this past September, he filed an incident report with the LaFayette Police Department alleging that staff abused her. The police department said it forwarded the case to Adult Protective Services, a part of the Division of Aging Services. A spokesperson of the agency declined to confirm it received the report, but said the state typically forwards nursing home related complaints to another agency – the Georgia Department of Community Health (DCH).

After the fall, the 70-year-old said he then requested padding around his wife’s bed.

“I asked them to put one on the floor and they said no, she might trip over it. And I said if she trips over it, at least she is gonna land on something soft,” Palmer said.

“Her face was swelled up, black eyes. She was cut across her nose. She was just black and blue,” Palmer recalled.

Hospital records show she suffered fractured bones in her face and bleeding in her brain. Doctors told Palmer the damage was irreversible.

“I actually feel like I killed her by putting her in that place,” said Palmer. Frances was 75-years-old when she died.

While state inspectors have not determined if Shepherd Hill played a role in Frances’ death, the facility has a long history of alleged neglect.

In 2015, 93-year-old Rebecca Zeni died from a scabies infestation while living there. After reviewing her autopsy, forensic pathologist Dr. Kris Sperry estimates millions of mites were living inside Zeni at the time of her death.

“This is one of the most horrendous things I’ve ever seen in my career as a forensic pathologist,” said Sperry in an interview with 11Alive's investigative team, The Reveal, back in 2018.

RELATED: Home where woman was 'eaten alive' collects millions from taxpayers, has history of violations

Since Zini’s death, inspectors with the DCH have cited the nursing facility four years in a row for multiple violations. That includes violations for medication errors in 2016; inaccurate patient records in 2017; a hole found in the ceiling of a room in 2018 and failing to provide a safe and clean environment in 2019.

The Reveal has confirmed the state is currently investigating 2019 neglect allegations related to a current resident who lives at Shepherd Hills. His name is Andy Coleman.

Coleman's sister, the nursing home’s former nursing director, filed the complaint with the state. Pictures provided to The Reveal show a bruise on his forehead and black eyes. The family says the injuries are a result of the staff allegedly not following fall prevention protocols.

During roughly the same time period, the LaFayette Police Department has responded to the nursing home at least 57 times. Incident records show the allegations range from theft involving staff, simple battery between residents and unaccounted for patients.

The Reveal reached out to Pruitt Health for an interview with Neil Pruitt, the CEO and chairperson. The public relations firm, Edelman, contacted us back to say they would facilitate the interview request.

After a few weeks they emailed us back to say "Pruitt Health has declined the interview opportunity and asked us to let you know that they do not have information or comment to share at this time,” read Edelman's email.

A few weeks later, we took advantage of the opportunity to talk with Pruitt in person at a public meeting. The CEO is also a board member on the Georgia Board of Regents.

Before the board’s February meeting started, The Reveal Investigator Andy Pierrotti asked Pruitt multiple times if he would like to respond to the state violation.

“We have no comment. We don’t respond to this type of journalism,” said Mr. Pruitt, as he walked away.

The Reveal provided our findings to Rep. Steve Tarvin. The lawmaker represents the district where Shepherd Hills is located.

“I haven’t talked to anyone officially about those complaints, but it’s disturbing to see those things and you hear and read about them, but I wasn’t aware of anything at Shepherd Hills, this kind of problem,” said Tarvin.

The long-time Chickamauga lawmaker said he forwarded The Reveal’s findings to the DCH to investigate.

From 2018 to 2019, DCH documents obtained from a public records request, show the company received $8.1 million in Medicaid reimbursements from the Shepherd Hills facility alone.

Pruitt Health is the largest nursing home provider in the state.

“All I can tell you is that I’ve known three or four residents and the families have been perfectly happy with it. I would just have to look into to see what has gone on for sure,” explained Tarvin.

The Reveal posed the same question to Pruitt. “No comment. I don’t know how else to explain that to you,” said the CEO.