Not a Republican or Democrat issue. ‘It’s a people issue’ says woman shot by brother

70 percent of Americans support removing guns from those deemed dangerous. Although a bill for this, introduced in Georgia, never made it out of committee. 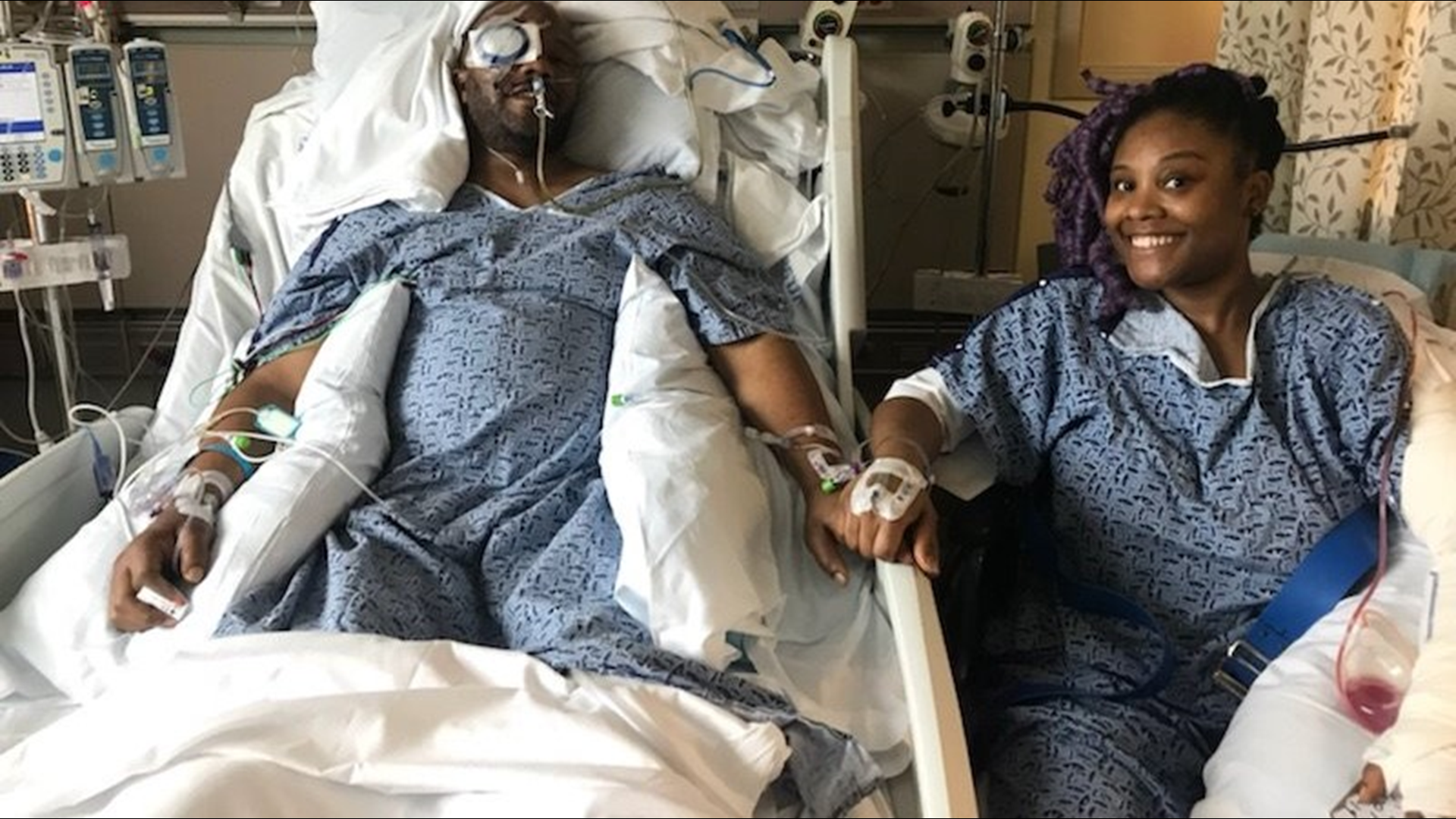 Police say Tommy Burns and his daughter Kayla were each shot seven times by King Aaron Burns, a member of their own family.

Tommy, who now sits paralyzed in a wheelchair, says there were warning signs and believes an Extreme Risk Protection Order (ERPO), could have prevented the shooting.

There is limited data on whether they would make much difference when it comes to mass shootings.

According to a 2019 Washington Post article, lawmakers were informed of at least four people disarmed using an ERPO, after making threats of violence against schools.

But Connecticut was the first state to pass a red flag law in 1999. Still, in 2012, 26 students and staff died at Sandy Hook Elementary School. There were warning signs, but no petition ever filed. The same was true in California, where the shooting at the Gilroy Garlic Festival this year claimed three lives.

Instead, advocates of the law see it more as a tool to prevent suicides, as well as domestic shootings, such as what happened to the Burns.

According to the Centers for Disease Control, in 2017, firearms accounted for 51 percent of all suicide deaths, followed by 28 percent from suffocation.

“They might choose a firearm because it’s effective and convenient, but if they don’t have that available, I don’t think they’re just going to say, ‘Oh well, I don’t have a gun so I can’t commit suicide.’ Because there are a lot of other ways to do that," said Monroe.

A 2017 analysis of Connecticut’s law by Dr. Jeffrey Swanson found 762 risk warrants issued on the basis of risk for suicide or self-injury. Even though their guns were removed, 21 people still committed suicide. Six of those still found a gun to use in their death.

While gun right’s owners point to the study as proof ERPO's don’t stop suicides, supporters of the legislation point to the 741 people who are still alive. These supporters say the rate would have been much higher if they had been allowed to keep those weapons.

According to a nationwide study released this week by the APM Research Lab, more than three-fourths of American adults support family or police-initiated ERPO's.

“It was assigned to the public safety committee where I think it was put in the bottom drawer of a desk that was locked. Never to be opened again,” said Wilson.

But in President Trump’s remarks after three mass shootings in one week earlier this August, the idea has gained momentum, not only in Georgia but across the country.

“We must make sure that those judged to pose a grave risk to public safety don’t have access to firearms,” said Mr. Trump.

Seventeen states and the District of Columbia already have red flag laws. They vary on who can petition the court and the kind of evidence required to get an ERPO.

The bill introduced in Georgia only gives family members and law enforcement access to the courts. As for evidence, Wilson said it can include “verbal threats, threatening behavior, diagnosis of mental illness”. But he cautions it would take more than a hunch. A petitioner would need proof and likely the support of law enforcement.

“It’s going to be very difficult for a family member, for example, to be able to show enough evidence to meet that evidentiary burden without also involving law enforcement,” Wilson said.

A similar law passed in Oregon allows both family members and law enforcement to file the petition. According to an open records request, in its first 18 months, 117 requests were made. More than half of those were submitted by law enforcement. They didn’t just want guns, one order took away the individual’s knives, hatchets, and axes, too.

A third, or 36 of the petitions, were denied or dismissed on appeal. Advocates of the law claim that it proves gun owners get due process, a constitutional requirement.

But Monroe said holding a hearing in court doesn’t mean a person received due process. When the threat seems imminent, petitioners can make an ex-parte request, essentially an emergency hearing without the individual present.

While an ex-parte hearing must be followed by another, generally within 14 days, the guns have already been removed and the gun owner has been given little time to prepare a proper defense.

“You’ve got to get a lawyer if that’s what you’re going to do, you have to gather evidence, get witnesses, get a psychological evaluation,” Monroe said.

There’s controversy surrounding red flag laws even in states that have passed the legislation. Dozens of sheriffs in Colorado said they won’t enforce the orders when the law goes into effect there in 2020.

The National Rifle Association said it won’t even consider supporting a measure that doesn’t include criminal penalties for those who bring false or frivolous charges, require a judge to determine whether the person meets the standard for involuntary commitment, provide community-based mental health treatment and use "clear and convincing evidence" as the legal threshold with which decisions are made.

Monroe related red flag laws to the movie "Minority Report" where the government uses high tech analytics to predict who will commit a crime and then arrests the person before it can happen.

“Only it’s less sophisticated because it’s lay-people and judges, none of whom have experience or particular education or training in identifying potential problems in people,” Monroe said.

Tommy Burns said it doesn't always take high-tech analytics. He would have liked the opportunity to make the case of why his son shouldn't have had a gun.

What Burns didn’t know is where they were coming from. That’s why he said having his own gun would not have changed the situation.

“The whole reason I jumped in front of my daughter in the first place is because I could not find him, because only the oven light was on," Burns said. "So, I could have gone in there firing and hit her.”

Rep. Wilson said several lawmakers from both sides of the aisle have reached out since President Trump’s comments, asking about his bill.

Wilson hopes Congress passes some kind of grant system for states that adopt red flag laws. He said he agrees that court orders should be connected to some kind of counseling or support to address the issues that led to the threat.  If those grants had helped offset the costs of those services, he believes his bill would have had more support.

Senate Majority Leader Mitch McConnell has signaled he will allow discussion on this and other topics surrounding gun violence, mass shootings and mental health when Congress reconvenes in September. But McConnell has not pledge his support for any related measure.

A brilliant musician and student, behind bars accused of threatening to kill teacher