Pennsylvania was one of the worst states in the country for puppy mills. Now advocates are trying to change that, and these four legged victims are helping. 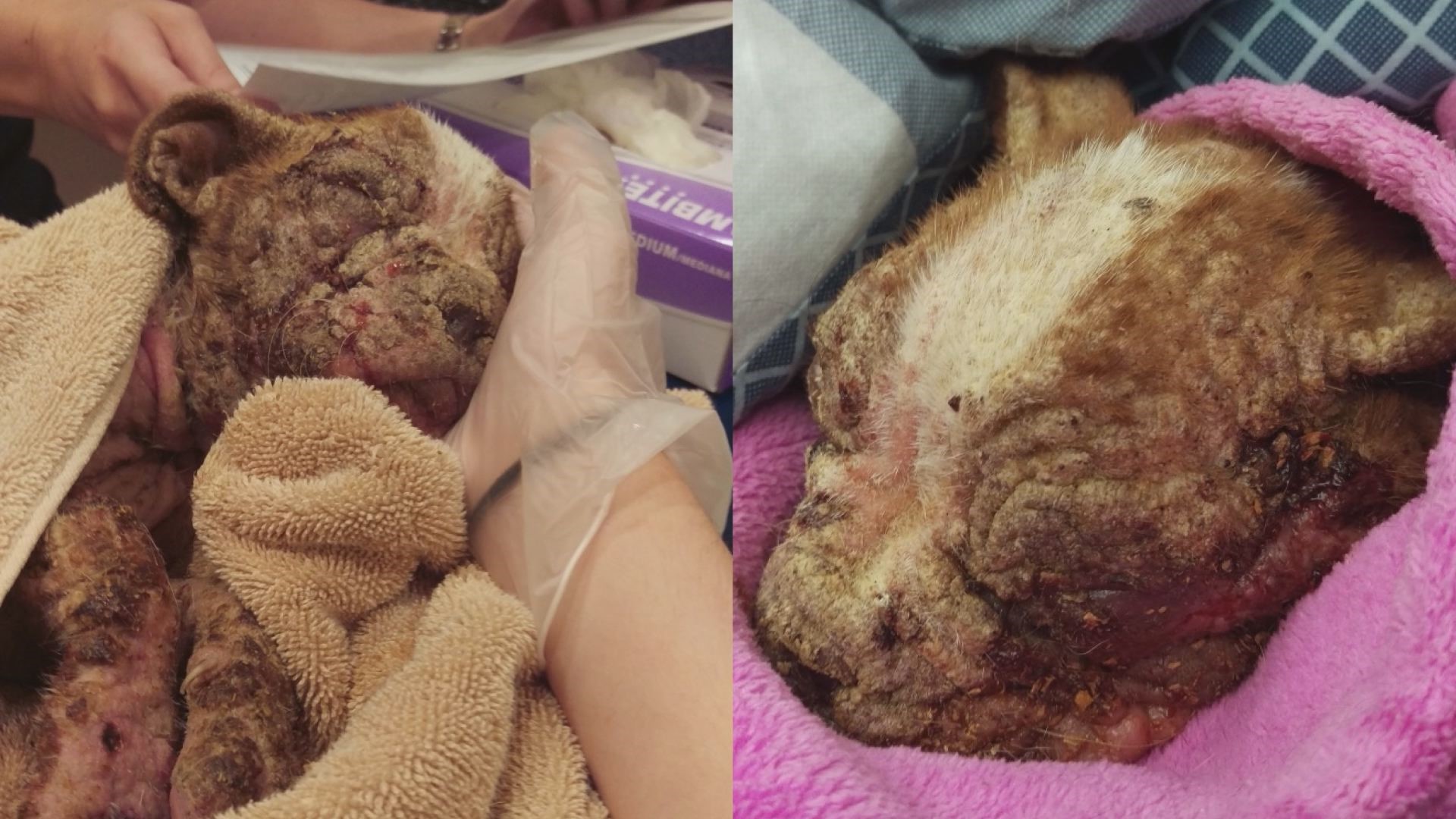 We live in Georgia, so why are we talking about Pennsylvania? Because our state is looking for ideas on how to improve conditions for dogs living in breeding facilities and how to stop puppy mills from popping up.

Pennsylvania has long been known as the puppy mill capital, but in the past decade, it should also be recognized for the great strides taken to reform and protect animals living in the state.

As part of our "Caged in Cruelty" series, The Reveal investigators went to Pennsylvania to learn about those changes and the four-legged advocates who are putting a face to animal abuse.

RELATED: She gave birth to 150 puppies then was discarded. How Victoria's story could stop puppy mills

Playing fetch on a warm day, rolling around in the shade and eating grass, you wouldn't look at the playful Boston terrier mix and see an abused and tortured dog.

But just a few years ago, a produce delivery driver found the dog on the farm of an unlicensed breeder, covered in maggots and near death.

He contacted Jennifer Nields, who now works as a Humane Law Enforcement Officer for the PSPCA. Nields then found a home for Libre at the Speranza Animal Rescue.

He was only a few weeks old when he was found frail and starving.

Doctor Ivan Proyor, the veterinarian who treated Libre, said the puppy was about six hours shy of his death when he finally got help.

He was named Libre, the Spanish word for freedom, because "she thought that would be the name she'd put on his box of ashes, that's how bad and how dire his situation was," remembers Kristen Tullo, the Director of Pennsylvania State Humane Society.

But Libre did pull through and he now has his life back.

Because of Libre's story, Senator Richard Alloway proposed Libre's Law, clarifying  the definition of abuse and raising penalties to those found to be causing harm to animals. Pennsylvania Governor Tom Wolf signed it into law in August 2017.

It was written to improve tethering conditions for outside dogs, add protections for horses, increase penalties for animal abuse, ensure convicted animal abusers forfeit animals to a shelter, and grant civil immunity for veterinarians.

Libre now has a new life advocating for change and finding out what love really looks like.

In October 2017, Animal advocates were at a breeding facility in Pennsylvania to pick up a surrendered cockapoo. When on the property they noticed a German Shepherd who could hardly walk.

In the 10 years the dog had been on the property, she gave birth to over 150 puppies.

"He said, she's free to walk the farm whenever she wants. But her nails were so long and her legs were so atrophied the dog hadn't walked anywhere in a very, very long time," remembers Grace Herbert, an advocate with Finding Shelter Animal Rescue.

The dog was paralyzed because of a neurological disorder called Degenerative Myelopathy, the dog version of Lou Gherig's Disease (ASL). The disease is genetic and could have been passed to the puppies she birthed.

"I was very shaken that day when I got her. I had just never seen a dog who was that shut down and shy and scared, and growling," said Herbert.

The face of 'Victoria's Law'

She was given the name Victoria, after the renowned dog trainer and animal advocate Victoria Stilwell.

Because of Victoria's story, a bill was introduced in the Senate to ban dog sales at pet stores.

Victoria's Law, as the bill is being called, would not only limit where dog breeders could sell their puppies, but would also require breeders to post their license number on all advertisements. The bill currently remains in the Senate Judiciary Committee.

The people who rescued Victoria started a bucket list to try and show the abused and neglected dog what life is supposed to be. She was a DJ, an honorary arson K9, and she even met the governor.

"I get so choked up when I think about it because it was one of the most beautiful things to see this dog that had nothing, and had been so unloved her whole life, to be embraced by a community," said Herbert.

Victoria lived for sixteen months after being rescued from the breeding facility.