Listen to the secretly recorded tapes of the Paulding County District Attorney, which were used in the criminal case against him. 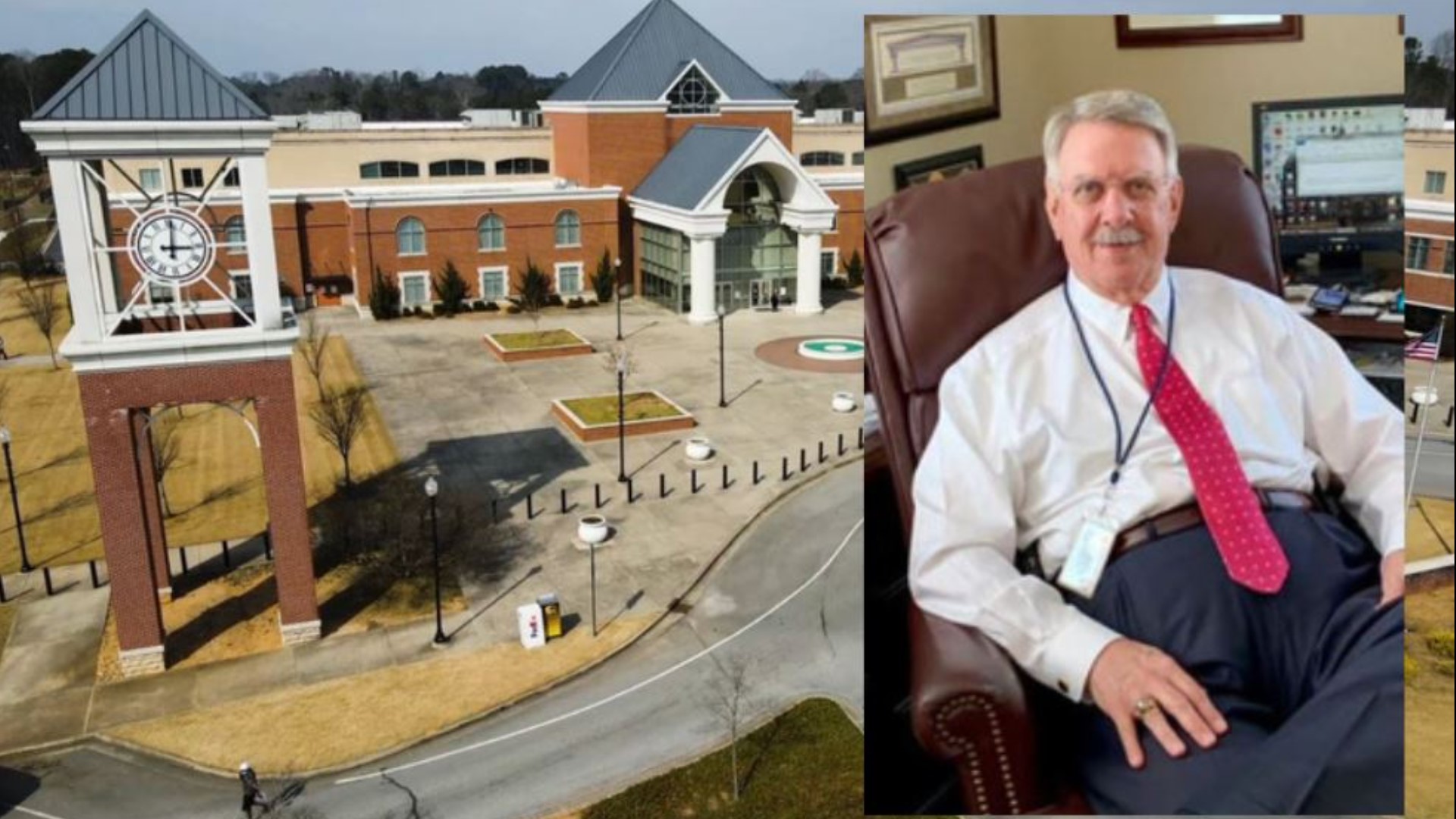 PAULDING COUNTY, Ga. — Secretly recorded conversations involving a Georgia district attorney sheds more light into allegations of sexual harassment and the impact of his credibility in the courtroom as a prosecutor.

All of Donovan’s charges are loosely connected to Jamie White, a former victim’s advocate who accused him of sexual harassment while working in his office.

Starting in 2017, White recorded audio of their conversations she later used as evidence in a complaint and lawsuit against the county.

11Alive's investigative team, The Reveal, obtained the recordings from a law office which represents Paulding County government through a public record request. It included five audio files, totaling more than 2.5 hours of conversations.

All of the recordings appear to have taken place in Donovan’s county office without his knowledge. In many of the recordings, the district attorney turns on music by Franz Liszt, a Hungarian classical composer.

The music is so loud at times, it often makes their discussions difficult to hear and likely hard for Donovan’s staff to listen from behind closed doors.

IN HIS OWN WORDS

“I’m very much aware there are times I want to talk about things that are probably not suitable for the workplace,” Donovan said in one recording.

The district attorney once asked White to leave the office and drive nearly an hour away to get pizza and “just talk.”

“I’m going to use words you don’t like. I love you. I will continue to talk about you whether you talk to me or not,” said Donovan during an undated recording.

Sometimes, White tries to stop her boss from pursuing her. “I mean, if you don’t want me to tell you I love you, I’ll stop doing that. Does that make you uncomfortable?” Donovan said.

“I just don’t think it’s right,” White replied. When her boss asks why, White explains it’s because they’re both married.

RELATED: Paulding DA indicted on bribery charges turns himself in

The Reveal asked Ashley Willcott for her legal analysis of the case. She’s a metro-Atlanta attorney and judge pro tem, not affiliated with the case. “What a creep. Who says that to somebody who works for them? That’s creepy,” said Willcott after reviewing the audio, indictment and sexual harassment complaint.

In May 2019, Donovan participated in a sworn affidavit as part of an investigation into sexual harassment claims against him. “I have never suggested we have sex. I have never offered to have sex with her,” Donovan said under oath.

“He is absolutely talking about having sex,” said Willcott. “You can’t lie about things like this and break laws and get away with it.”

According to records associated with White’s complaint, the district attorney purchased her jewelry, cards, wrote her poems and paid for an ad in a newspaper that simple said “One day” in it.

White claims when she asked him to stop, Donovan barely spoke to her at all, making it difficult for her to do her job.

In October 2017, police arrested White for shoplifting at a Cedartown Walmart. According to Donovan’s affidavit, one of her first calls from jail was to him. “I’m the guy who is taking your call…and try to fix it…I did, as far as far as I can tell,” he said in a recording to White.

The Attorney General claims what Donovan tried to fix, was her arrest.

According to the indictment, Donovan attempted to bribe a Cedartown prosecutor into dropping White’s shoplifting charge in exchange for dismissing charges against one of the prosecutor’s clients.

Willcott says even if White didn’t ask Donovan to do it, it could still be considered bribery. “Because the favor is for him…Whether it’s helping someone else or not, it’s for him…he’s the one who is getting that currency …and the currency is, help this woman out for me.”

Donovan and White declined to be interviewed.

Willcott says there’s something else in the audio recordings that’s problematic for Donovan. He admits to lying to other employees in his office.

“I told her something I have not told you, I have not told anybody. Frankly, I lied,” Donovan said, explaining to White about trying to conceal something, potentially his affection for her.

Willcott says that admission damages the DA as a prosecutor in the courtroom.

“It absolutely throws all credibility out the window” said Willcott. “How does that work when it gets to trial? Who knows what evidence is going to be hidden and not revealed? It’s a slippery slope.”

In January, White settled her sexual harassment claim with the state and the county for about $300,000.

Governor Kemp suspended Donovan from office in February. In the meantime, Donovan keeps his salary while he’s not working.

No trial date has been scheduled.