Who is A.J. Johnson? Atlanta workers fall for phantom jobs on Indeed

More than a dozen workers were recruited by Indeed as regional VP's for an Atlanta start-up. Four months later, they’re still waiting for their first paycheck. 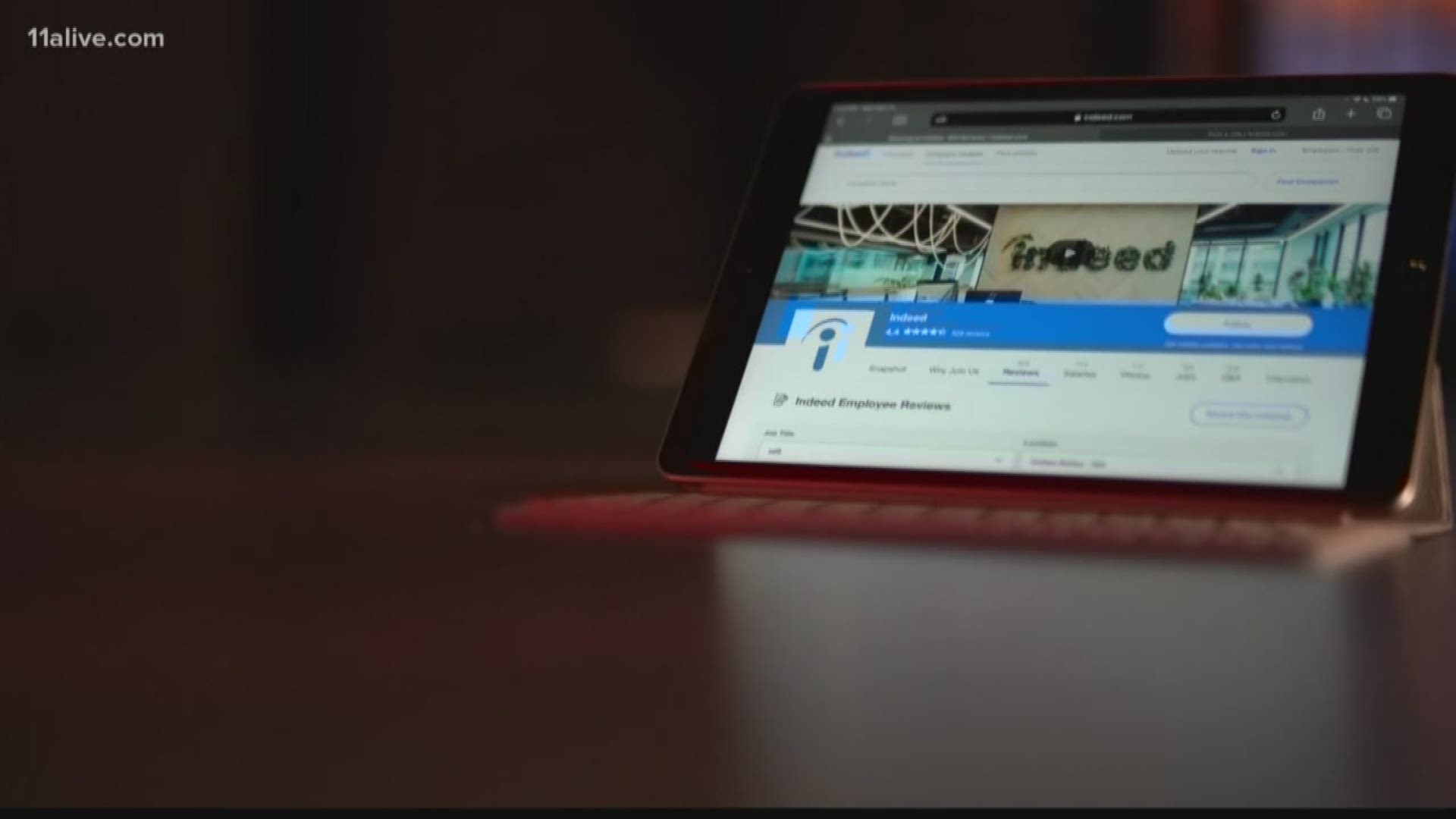 ATLANTA — More than a dozen executives were recruited by one of the largest online hiring sites for top jobs at an Atlanta start-up.

They never got paid.

United Freedom Group of America turned to indeed.com to handle the recruiting for 14 regional vice presidents. Records obtained by The Reveal show the base salary offered to the candidates was $100,000 with bonuses taking the executives to as much as $400,000 in their second year.

Edwin Sanchez moved from New Jersey to take what he thought was a lucrative position. The offer came directly from Indeed For Hire, the recruiting division of the online jobs site.

For William Rush, it was the full company-paid medical benefits that attracted him to take the job.

“I’m a Type 1 diabetic, so I’m relying on two different insulins that I have to take every day,” Rush said.

Anyone qualified for a six-figure executive position would know to do their research on prospective employers, but this phantom company was advertised as a start-up, and the regional vice presidents eventually hired were recruited by the established jobs site, Indeed.

The 14 executives were all hired in mid-July, and they began working from home right away.

United Freedom Group sent the vice presidents detailed blueprints and photos of their new offices in DeKalb County near the north perimeter. The executives told us the company was leasing 17,000 square feet in a gleaming luxury building.

William Rush went to visit the offices in those first weeks.

“Met the receptionist. She said, ‘Oh yeah, we’re expecting you guys. Got orders for 14 separate security clearances for you guys to get into the parking garage',” Rush said.

While waiting for the offices to be ready, the vice presidents would hold weekly meetings at a nearby restaurant. Everyone would show up except the CEO, who would always cancel at the last minute, they said.

“There was 14 of us and we never met the CEO at all,” Sanchez said.

Then, the first payday came and went. No one got paid. After that first missed paycheck, Sanchez went to the office to investigate as well.

“They said I was not allowed in because they had never received payment whatsoever on the premises,” Sanchez said.

The Reveal discovered the photos of the offices shared with the executives were taken right from the leasing website.

The executives continued to work and meet for several weeks even though the CEO never showed up. The man who identified himself only by the name A.J. Johnson would communicate with his vice presidents only by phone and text.

The text messages, obtained by The Reveal, show the CEO made a series of promises to pay the executives, along with ever-changing explanations for the lack of pay.

“The investors didn’t place the money into the account, we have all these investors, and they want to keep anonymous, but you’re gonna get paid next week double,” Sanchez said was the first explanation.

When each promised payday would come and go without any checks, new explanations would follow from the man calling himself A.J. Johnson.

A series of texts described the grave condition of the CEO’s wife. “My wife is close to death…I will go to the bank Monday,” one text promised months ago.

Sanchez said his coworkers were all getting nervous. Some got angry.

The Reveal talked with four of the regional vice presidents who went from spending their waking hours working for A.J. Johnson to hunting down the CEO’s location.

The men said they were able to take a screen-grab of the CEO’s face from a Skype meeting on one of their phones. It’s the only known photo of the mysterious A.J. Johnson.

They tracked his phone number to a farm in rural North Georgia, but we showed that photo of the man claiming to be A.J. Johnson to neighbors on that street and they did not recognize him.

“I’ve been working for a company that, one, doesn’t exist, two, hasn’t paid us,” he said.

William Rush had only one question. “Who’s A.J.?”

We ran the name through court records and investigative databases, but A.J. Johnson is so generic that the CEO is able to hide in plain sight among thousands of unrelated results.

The Reveal found the corporate filing for the United Freedom Group of America in Wyoming, a state that allows companies to incorporate without listing any owners, officers, or board members.

The only name listed on the filing is the law firm that processed the paperwork. Cloud Peak Law Group would not return our messages requesting information about the company. The firm advertises anonymous corporation filing online for $199.

The law firm that registered the corporation is at 905 Broadway in Sheridan, which plots to the very same rail depot as the corporate headquarters, where Broadway and East 5th Street intersect.

The website unitedfreedomgroup.org is still online, but every page was locked down with a password shortly after we sent a text to A.J. Johnson asking for his side of the story.

The Reveal scanned the entire website before we were locked out. It showed job postings for multiple positions at the company, which was set up as a for-profit political action committee selling memberships and discount cards to conservatives and libertarians.

The Pinterest page for United Freedom Group contains political memes that look similar to posts by Russian troll operations that inundated Twitter and Facebook starting in 2016.

We ran a Who-Is search on the website domain, unitedfreedomgroup.org, but the site was registered using Domains By Proxy, a third-party web registrar with the slogan “your identity is nobody’s business but ours.”

Every lead is a dead end. A.J. Johnson is protected by the anonymity of his generic name. The corporation is filed anonymously in a state that prides itself on protecting the identity of incorporators. And the company paid extra to register its website with someone who promised not to tell who was behind it.

The unpaid, and now unemployed, regional vice presidents blame themselves for not doing more research on their new employer, but they also blame indeed.com for recruiting them into the no-pay jobs.

We contacted Indeed in September, asking a list of questions:

Indeed offered only a statement after conducting a weeks-long internal investigation.

“At Indeed, we always try to put job seekers first. We are appalled by the fraudulent behavior that United Freedom Group has exhibited with employees hired through our platform. We have banned United Freedom Group from posting jobs on Indeed and we are working to implement new measures to prevent similar instances in the future. Furthermore, we have not received any payment from the company. We are truly sorry that employees have been victimized by United Freedom Group’s actions.”

The four executives who spoke with The Reveal said they were promised help from the Indeed employee who recruited them, but the leads they have been sent thus far have not been helpful, they said.

Edwin Sanchez told us, “we take the position, it doesn’t go well, and the only time we hear from Indeed is when they want to find out if we know anything about A.J. Because they’re looking for him as well, because he hasn’t paid them. Not that he hasn’t paid us. But they haven’t paid Indeed.”

After a four-decade career as a top executive, William Rush now finds himself standing in line at a free clinic for his insulin.

Fallen Marine's mom: A terrorist took my son's life, you took my trust