Some lawmakers believe it’s an inappropriate use of taxpayer money - but recent court decisions indicate they may be on the wrong side of history. 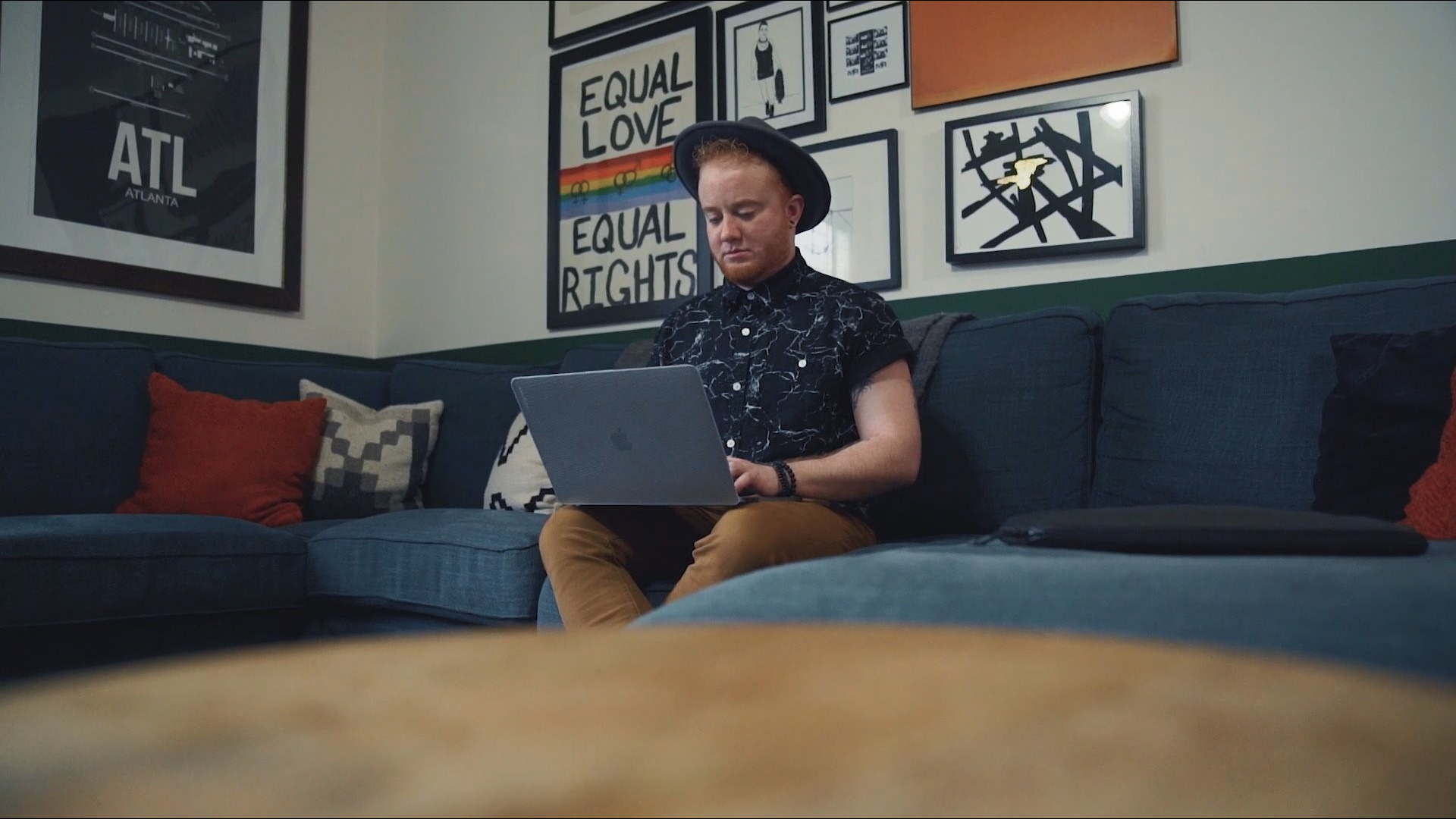 ATHENS, Ga. — In June 2018, Skyler Jay's life was changed forever when he was featured on the hit Netflix series Queer Eye.

The episode documents Skyler medically transitioning as a transgender man, from his mastectomy, to changing his gender on his driver license from female to male.

“Those are huge moments in my life that I feel privileged to have documented,” said the 31-year-old.

The show hosts, known as the "Fab Five," not only helped in the logistics of transitioning, but also helped to empower Skyler to declare who he was and how he was going to live his life.

Skyler is a catering manager at the University of Georgia. A few years ago, he asked his human resources office what insurance plan the school offered that would cover transgender healthcare, but was told it didn't exist.

The 31-year-old Athens resident takes testosterone as part of his treatments, but what would make him feel whole, though, is to get a hysterectomy, which will remove Skyler’s uterus.

“I don’t want to necessarily want to have the hysterectomy, but I have to. After five years on being on hormones, your cancer rates in that part of your body actually rise to about 80 percent. So, it’s kind of like, here’s your testosterone with a side of cancer potentially,” said Skyler.

A month later, UGA awarded the catering manager Employee of the Year. He has worked full time at the school since 2015.

Like many trans people, medically transitioning is a necessary part of treating a condition called ‘gender dysphoria’ a diagnosis recognized by the American Psychiatric Association and several other medical organizations.

“Gender dysphoria basically is the unalignment of your brain sex with your body sex. I see myself and feel myself as masculine. I always have, since I was in preschool,” said Skyler.

“The question is not, why should the government pay. It’s why is government excluding coverage for medically necessary care?” said Lewis, founder and executive director of Transcend Legal.

UGA and the Board of Regents declined our requests for an interview.

“USG does not comment on pending litigation,” wrote Jen Ryan, UGA’s Vice Chancellor of Communications, in an email.

“Federal employment discrimination law prohibits discrimination on the basis of sex and disability and when a government employer is involved, the Equal Protection clause of the constitution also applies - which says you cannot engage in any kind of unfair discrimination,” said Lewis.

While some lawmakers believe it’s an inappropriate use of taxpayer money, recent court decisions indicate they may be on the wrong side of history.

Over the past year, transgender public employees have filed numerous similar lawsuits across the country. Public employees in Wisconsin and Iowa recently won hundreds of thousands of dollars in damages. There are at least three pending lawsuits against other states with similar exclusion insurance policies.

The federal government does cover some transgender healthcare, but the Trump administration currently faces numerous lawsuits because it's attempting to remove all transgender individuals from the military.

Houston County claims on its website to be "Georgia's most progressive county". This past February, Anna Lange asked the Houston County Board of Commissioners to remove its transgender exclusion. Lange is a long-time criminal investigator with the sheriff’s office. She started transitioning in 2016.

“I just didn’t wake up five years ago and go, I think this would be loads of fun to do … It’s been brutal," Lange said. "Why would anyone want to go through this path."

The commissioners were not swayed by Anna’s arguments.

“The only thing I will say is that there will not be any change made to the healthcare policy the county currently has, particular in the course of 2019,” said Tommy Stalnaker, Houston County’s board chairman.

“I think it’s clear that the county, if they continue [to] uphold this exclusion, it’s going to be on the wrong side of history,” said Lewis in response to the commissioner’s decision.

Lewis also represents Lange and plans to file a lawsuit on her behalf. Georgia’s public employee insurance policy prohibits paying for transgender care, and the state lawmaker who arguably holds the most influence to change that has no plans to do so.

That lawmaker is Senator Burt Jones, chairman of the Insurance and Labor Committee.

While Jones doesn’t believe the state should cover transgender healthcare, he admits he’s never heard of gender dysphoria or that the medical community believes it should be treated.

Skyler said he’s not shocked the lawmaker has never heard of the diagnosis.

“I think it shows room for growth for our policymakers. We’re not here to tell you that you’re wrong, just that you’re uninformed,” said Skyler.

Legal Discrimination: ‘This is one of the most blatant that we’ve seen’