COVID-19 reinfections reported but not counted. Here's why

Even though reports of people getting the virus twice continue to surface, there are only a handful of confirmed COVID-19 reinfections in the world. 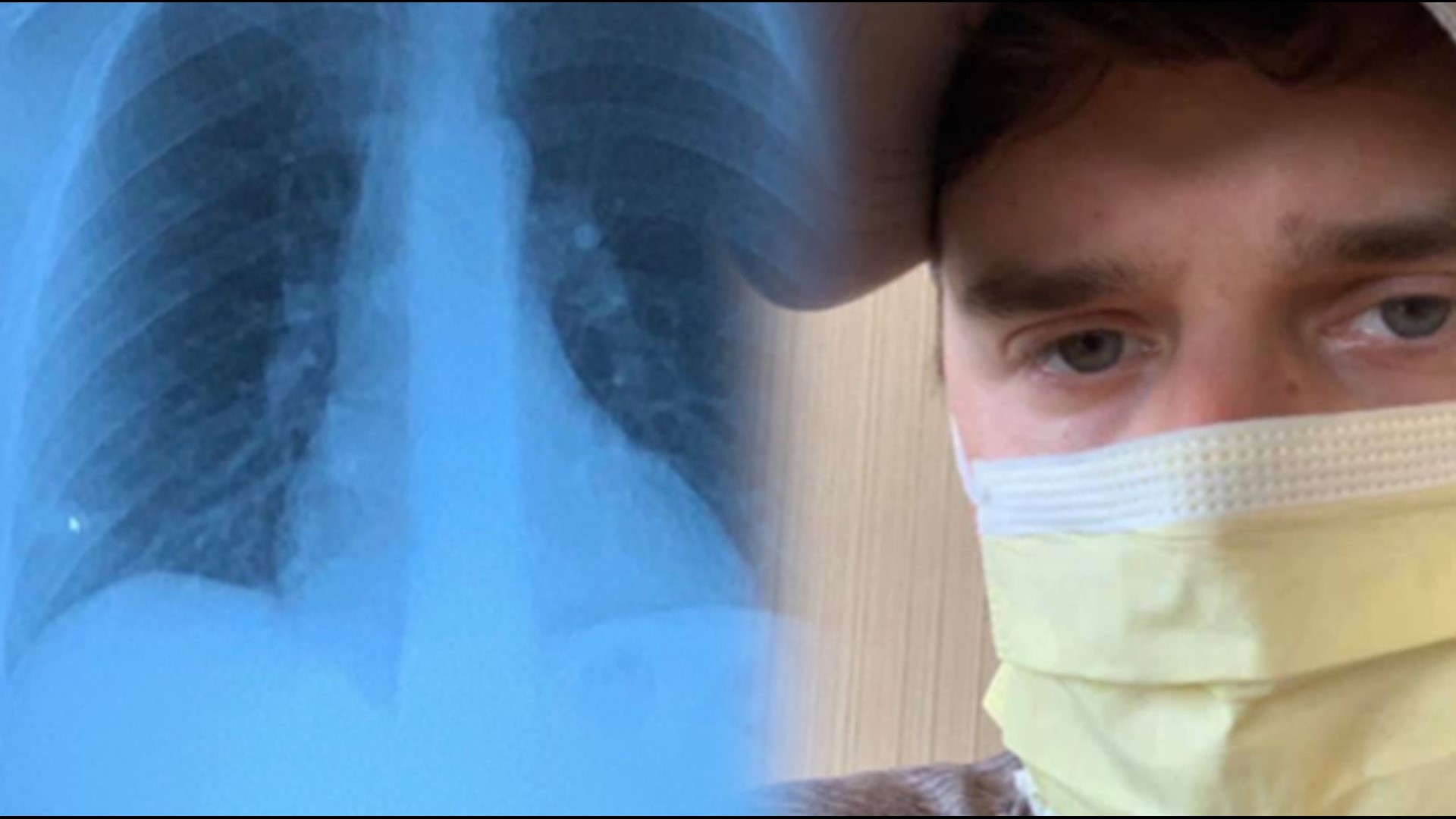 ATLANTA — Jordan Josey knows how it feels to fight COVID-19.

“Laying in the bed, I felt like I was suffocating to death. I started to feel like my brain wasn't functioning properly. I was kind of delirious. I couldn't talk. I couldn't text,” he recalls.

It was so bad, he’s reluctant to talk about it. His case has received a lot of attention. Not only did he get sick in March as we were just learning about the virus, but he is only 29 years old.

That’s one reason why getting his diagnosis confirmed, wasn’t easy. Even with a collapsed lung, Josey says he was turned away twice from urgent care, and once from the emergency room without a COVID-19 test.

“You're young, you don't have it, you're fine,” he remembers being told.

We had no idea back in March, 18 to 29 year old’s would account for nearly a quarter of all COVID cases in Georgia.

But Josey has received attention because in June, he tested positive for COVID-19 again.

Throughout the pandemic, the general belief has been - get COVID-19, get antibodies, get protection from catching the virus again.

RELATED: Text service taking the guess work out of finding a vaccine

But Dr. Aneesh Mehta, the chief of Infectious Disease Services at Emory University Hospital, says that’s not always the case.

“When we have patients that have recovered from COVID and have consistently negative test and then another positive test, that is really where we get concern of a potential reinfection,” Dr. Mehta explained.

Patients like Betty Cason. She tested positive in April, fighting the virus for more than two weeks in the hospital before returning to her long term care facility. That’s when we met her daughter, Maxine Williams, leading a statewide effort to improve visitation at nursing homes.

“They feel abandoned. They feel like they’ve been left to die alone. And the unfortunate part is they are dying alone,” Williams said.

Medical records show Cason tested negative at least 12 times over the next three months. But on September ninth she ended up back in the hospital with COVID-19. This time she didn’t recover.

“We are hearing of reports across the world and here in the United States, but they're still being investigated to confirm whether they're true infections and then how we understand why they're reinfected,” Dr. Mehta said.

According to the Department of Public Health, there are zero cases of CONFIRMED reinfection in Georgia. The bold letters put there by DPH. That’s because to confirm a case, the state says you need to be able to compare the genetic sequence of both the first and second infection, an almost impossible task considering most of those sample swabs sent to labs are destroyed within weeks.

“There has been a lot of concern whether the reinfection have been a different strain of SARS-COV-2. There are some variations in the virus that we've seen so far, and we're really trying to understand if those variations are meaningful as far as reinfection go or not," Dr. Mehta explained.

Survivor Corps, a grassroots movement started by Diana Berrent, has become the world's largest collection of COVID-19 stories. Berrent started the group and continues the mission, to empower those who have been diagnosed with the virus to become a part of the solution, donating plasma and helping with studies to find treatments.

Berrent posed a question about reinfection to several members in the Facebook group, which now has nearly 150,000 members and received several responses from people who believed to have been impacted.

Berrent doesn't know how many have PCR tests to confirm both infections, or if their initial infections just lasted for an extended amount of time. But she says six people did have genetically sequenced evidence they had been infected twice.

"Three of them were the same variant. Three of them were different strains. So if we could find six people who were genetically sequenced and a Survivor Corps poll, my guess is that we have more people who have actually been infected than the 12 that the media has reported on globally," Berrent said.

Until we know more, doctors say it's important even for those who appear to have recovered from COVID-19, not to let their guard down.

“The major concern,” said Dr. Mehta, “is whether their immunity started to wane or their antibodies started to go away. That is critical for us to understand what makes these patients vulnerable again.”

Josey can’t confirm if he had COVID-19 twice or never really got rid of the virus, making him what some have dubbed – a long hauler. People who continue fighting the effects of the virus long after testing positive.

“I was very upset. And I think it's because I was scared about going through what I went through for a second time,” Josey said.

Round two for him didn’t last as long and wasn’t as severe. But it was still bad.

Josey says that shortness of breath lingers to this day.

“I'm on an inhaler like a steroid that I think ordinarily like COPD patients use,” and Josey says he never leaves home without it.

Josey feels almost a survivor’s guilt when he thinks of people like Cason. Or long haulers with far more debilitating health impacts.

“I think for several reasons. Number one. I am alive, and I didn't have this harrowing ICU ventilator type experience that I've read about. A lot of people are still in the hospital or they're still dealing with horrible long-term complications, organ failure, and all this terrible stuff that they're living with every day," Josey said.

Doctors consistently say it’s rare, but admit there’s no plan in place to track it. The University of Georgia has received funding from the National Institute of Health to launch a study, but its focus is on college students and staff.

“It will be really informative for our response teams, our hospitals, our public health systems to understand where that risk starts to develop and how we mitigate that,” Dr. Mehta said.

“I think it's important to constantly be changing your perception and opinion based on new findings … because the situation is very fluid,” Josey said. “There’s a degree of paranoia that I could become symptomatic again. So that’s certainly a fear that I have.”