Top court says hidden camera video of veteran calling for help, gasping for air can be used in murder trial

The Georgia Supreme Court released an opinion in the case against Wanda Nuckles, a nurse seen in 2014 video allegedly not immediately responding. 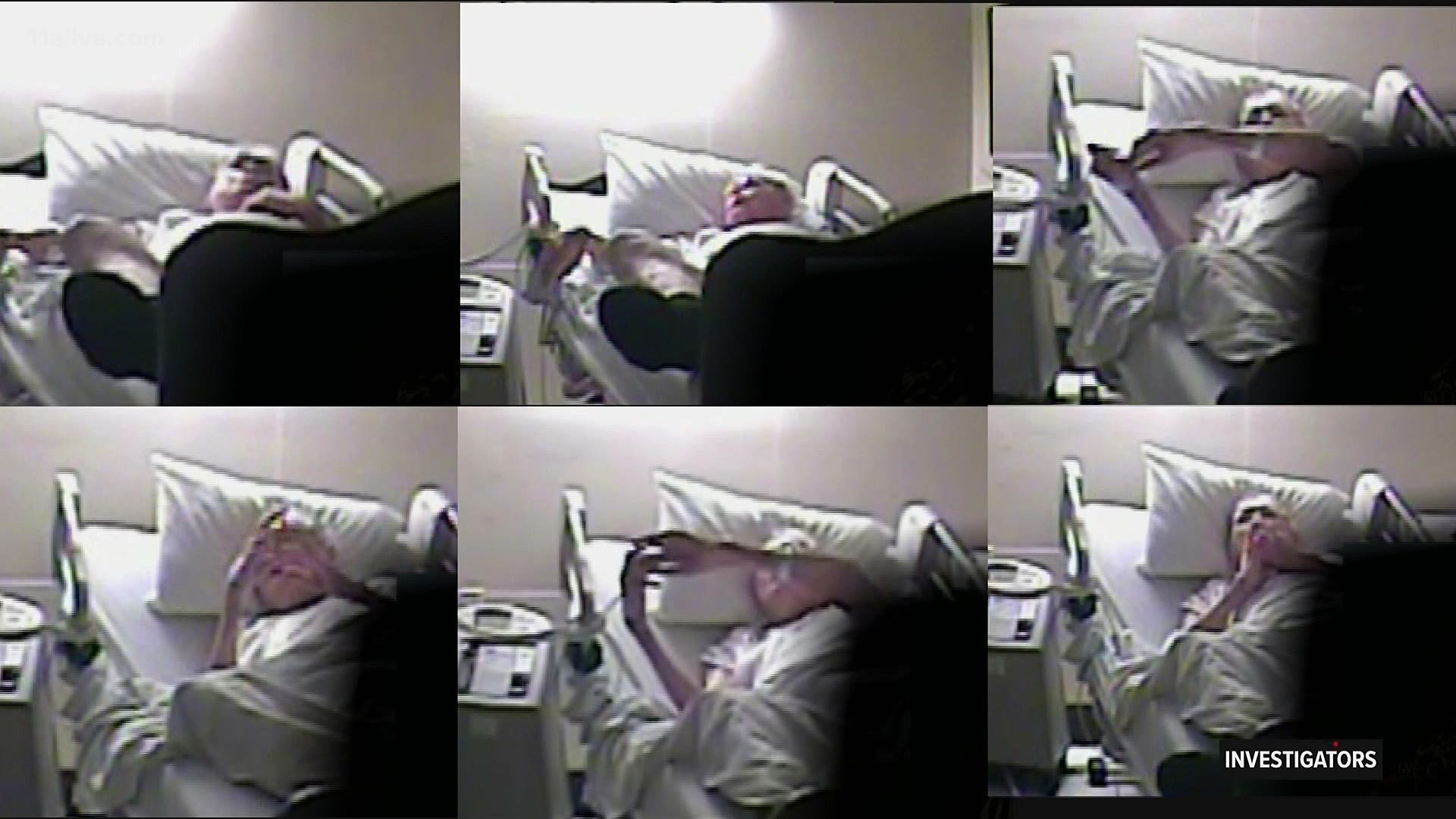 ATLANTA — Editor's Note: The videos in this story are from previous reportings.

Hidden camera video recorded inside an Atlanta-area nursing home can be used in a future trial against three women charged in connection with the death of one of their patients.

Monday morning, the Georgia Supreme Court released an opinion in the case against Wanda Nuckles, a nurse seen in 2014 video allegedly not immediately responding when 89-year-old James Dempsey repeatedly complained he could not breathe.

Dempsey’s son recorded the video with a hidden camera with his father’s permission.

In an attempt to prevent the video recording from being used in a future trial, Nuckles’ attorney, Gerard Kleinrock, argued before the court this past October that the recording was inadmissible because it was illegally recorded.

Kleinrock told the justices that state law only permits surveillance video recordings in areas where there is not a reasonable expectation of privacy. He believed Dempsey’s nursing home room, where his client worked, fell under that expectation.

"So, if this court is to approve the use of this spy camera in this private location this court will in effect be saying spy cameras in inheritably private locations is permissible, which means bedrooms, bathrooms, locker rooms throughout the state of Georgia will be subject to spy camera placement,” Kleinrock said.

“We conclude that the State carried its burden of showing that Nuckles had no reasonable expectation of privacy in the area captured on the video recording at the time she was recorded, and thus the trial court properly denied her motion to suppress,” said the court’s opinion written by Justice Carla Wong McMillian.

A 2017 investigation by 11Alive's investigative team, The Reveal, lead to the arrest and indictment of Nuckes and two others. Loyce Agyeman, a nurse, is charged with felony murder. Nuckles and nursing assistant Mable Turman are charged with trying to conceal Dempsey’s death.

In an interview with 11Alive in 2017, the DeKalb County District Attorney Sherry Boston said the video is crucial for the case to move forward.

"We would not be able to prosecute this case without that video, and those videos in my mind leave no doubt as to what happened in this case,” Boston said.