Schools find themselves on the front line in the battle to keep teens from vaping, but we found plenty of nearby stores willing to look the other way. 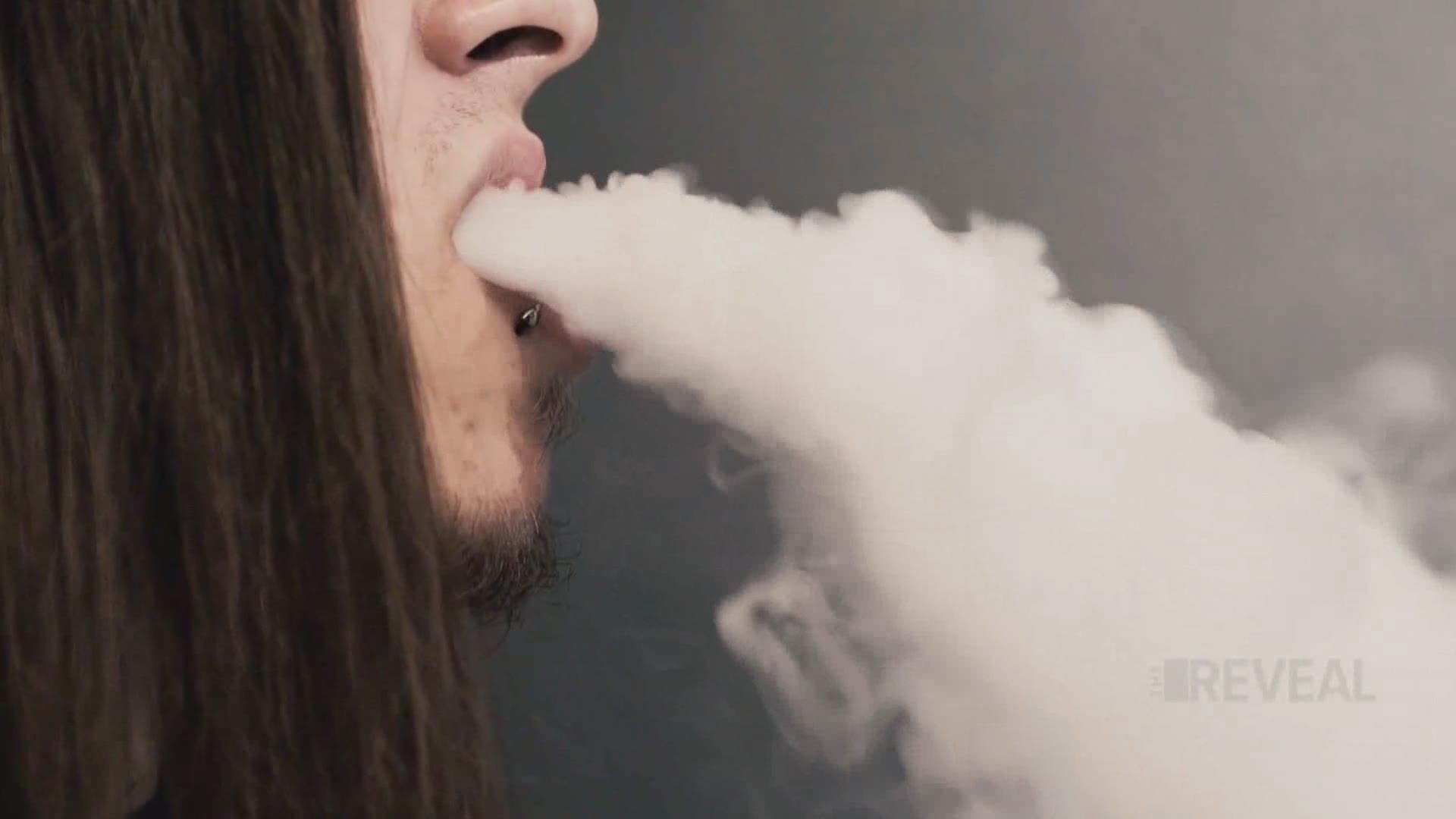 But there’s another data point that’s been causing concern for years. It’s the number of students in middle and high school, now even elementary school, who are vaping.

The Georgia Department of Education doesn’t distinguish between e-cigarettes and traditional smoking products, but schools say vaping is the primary problem. They report a 106 percent spike in disciplinary action in the past five years, a jump from 7,247 students disciplined to 14,942 last school year.

While it’s illegal for anyone under 18 to buy e-juice that contains nicotine, The Reveal went undercover to see how teenagers are getting it.

RELATED: 'The ability to do more': State rep vows to join the fight against deadly vaping illness

In the past three years, the FDA has issued 80 warning letters to Georgia retailers caught selling e-cigarette products to minors. We mapped the locations and about a third were within a half-mile of a school.

The Reveal used an 11Alive employee who looked underage to visit stores in Fulton and Cobb counties to see if any would sell her vape juice without an ID.

Immediately, upon walking into a vape shop on Chance Road in Cobb County, the employee looked at our buyer, asked for her ID and said, “I’m not trying to be that creepy old man but you look like you’re 16.”

When he found out she "forgot" her ID, he apologized, then refused the sale. In fact, all of the vape shops we visited refused to sell to her.

Brendan Bagwell, the manager of Vape Pkwy says he cards everyone.

“Regardless of age, even if its blatantly apparent. It’s just safer to play it that way,” Bagwell said.

Bagwell’s shop is in Smyrna, a city that voted to raise the legal age to buy any nicotine product to 21 next year.

But it’s unclear if some of those gas stations even care. Two of the three gas stations we visited on Cobb Parkway never asked to see our buyer's ID. She walked out of the store with mint Juul pods from one store and pineapple crush from another.

The teens we spoke with said none of it matters.

“Everyone knows someone who is over 18,” said one student.

“Eighteen is an adult, but a lot of these kids that are buying it, they’re just friends, they don’t see them as an adult figure,” commented another.

And there are always online sales, where all you have to do is check a box claiming to be over 18 to buy.

The jump in teen vaping along with the recent deaths and respiratory illnesses has raised the stakes for educating our youth on the dangers. School districts find themselves on the front line.

“It’s very scary for all of us,” Bearden said.

RELATED: US vaping illness count jumps to 805, deaths rise to 13

This school year alone, paramedics have rushed to Lambert High School six times for medical emergencies associated with vaping. When that happens, the school must lockdown to keep the halls clear.

“In the medical community, time is everything,” Bearden said.

Forsyth County is just one of five metro Atlanta school districts The Reveal found that has decided to automatically suspend any student caught vaping on the first offense, especially when it includes THC.

School resource officers have started testing confiscated vape equipment with test strips. In the first two months of the school year, Forsyth County has disciplined 20 students in the district for THC use.

While several school districts declined to talk with us on camera about the problem, Bearden welcomed the opportunity.

“It’s a national epidemic. And the best way I think to combat the issue is to have a community conversation around it.”

Bearden said discipline alone won’t solve the problem, especially when students say the more they hear no, the more they want to try it.

The district is trying to be proactive, giving lighter consequences to disciplined students, when parents attend educational programs with them. One student sent to an alternative school after being caught with THC said that this, along with the financial drain of vaping on his bank account, convinced him to quit.

“I never saw it as anything more than help for addiction. But then when I saw people doing it, I was like hey, what’s the big deal with it? Not because I thought it was cool, I was just interested,” said the senior student.

Everyone Rebecca Lindstrom spoke with knew someone who vaped and many suspected classmates of being addicted to nicotine.

That’s why some school districts have turned to their own students to see if peers can have a bigger impact. Several districts such as Fulton and Cherokee counties launched student PSA competitions.

Paulding County made its own, featuring a student sharing his frightening near-death experience.

“My chest started hurting,” London Davis explains. “My eyes felt like they were beating out of my head.”

Davis was rushed to the hospital after he started having seizures in class. His heart eventually stopped.

Still, his story is not enough. Paulding has disciplined 98 middle and high school students for vaping already this year.

Students we spoke to said they are well aware of the risks. They know one JUUL pod contains as much nicotine as an entire pack of cigarettes. They know the teenage brain is more susceptible to addiction and that nicotine can lead to a lack of impulse control, focus and mood disorders.

“A lot of people have that belief that they’re invincible. That nothing will happen to them,” one student said.

Another added vaping and not getting caught is part of the rush.

While none of the students Lindstrom spoke with admitted to vaping right now, one admitted she might someday.