Eric Keais was left dying in a ditch for over an hour after being hit while riding his bike. No one called 911 - not the driver, a state rep, or the police chief. 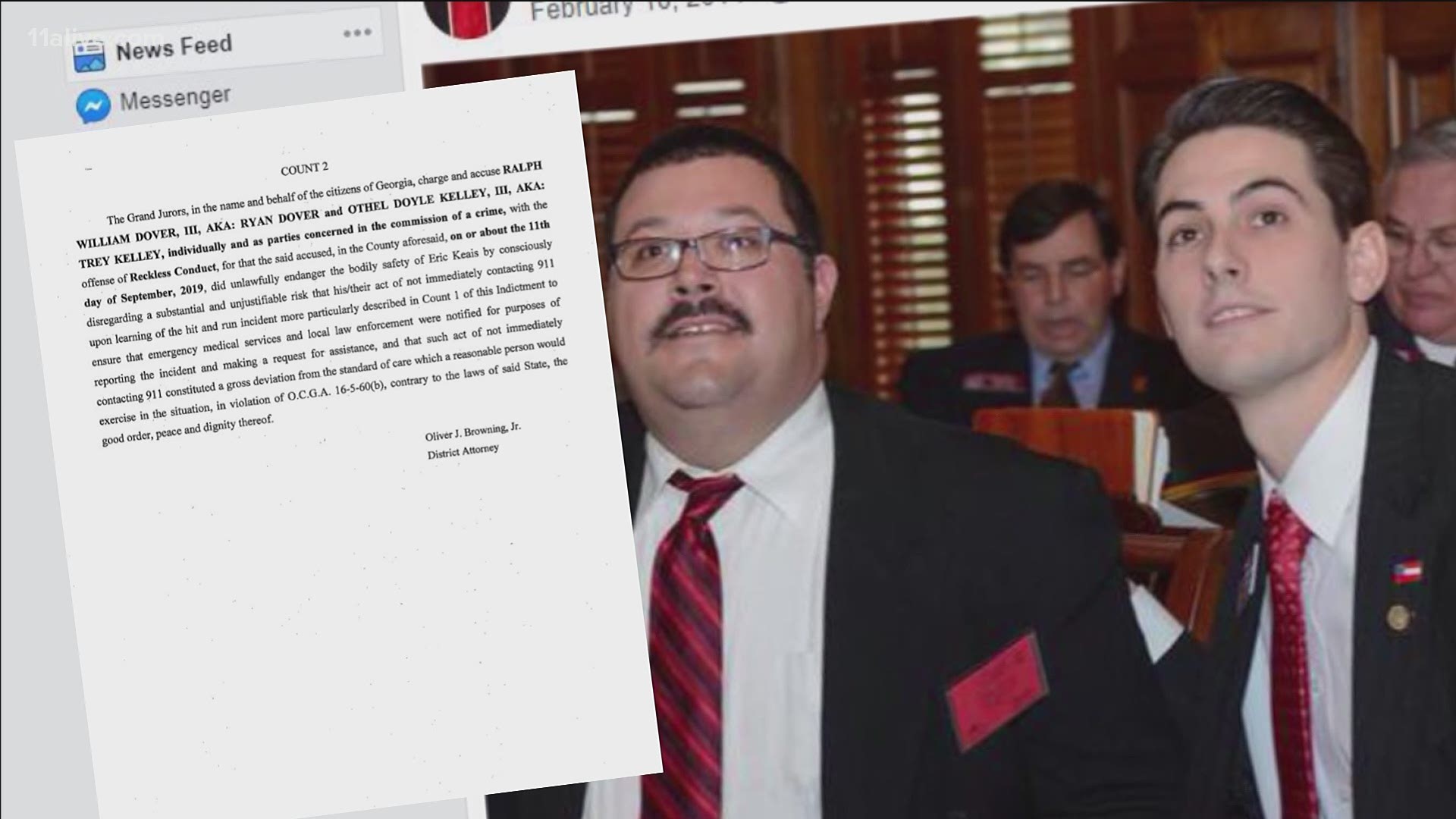 CEDARTOWN, Ga. — A Grand Jury has indicted a Georgia representative in connection to a fatal crash that happened in 2019.

According to the documents obtained by 11Alive, Rep. Othel "Trey" Kelley, 33, has been indicted on the charge of reckless conduct after not immediately calling 911 to report a hit-and-run accident, constituting a "gross deviation from the standard of care which a reasonable person would exercise in the situation," the indictment said.

It's in connection to a September 2019 wreck that killed Eric Keais. 11Alive's investigative team The Reveal has been following the story from the beginning.

According to the indictment, Keais was on his bike off North Main Street in Cedartown when he was hit and killed, allegedly by Ralph "Ryan" Dover, 38.

Dover didn't stay at the site of the accident, according to the indictment, and instead called Kelley from a mile away from the scene.

Kelley, who saw the damaged car but claimed to not know what Dover hit, then called the Cedartown police chief from his home. The chief also did not call 911, but called his sergeant to meet the two men.

Keais died in a ditch while waiting for help more than an hour.

In the same indictment, Dover, was formally charged with hit-and-run.

Min Koo, attorney for the family of Eric Keais, said family is not doing interviews right now, but did tell 11Alive that they were "glad to see justice be done."

"The family is grateful," Koo said. "They’ve been anxious to see this kind of justice being done in this case. So they are just relieved and glad and grateful for all the support they received from the community.”

Koo said they are still pursuing other legal action against the city.

In a statement to 11Alive, Kelley's Attorney said he has not had a chance to review the charges, but feels confident that his client, "who was not even in the car at the time," did nothing wrong.

"Once all the facts are known, I believe that he will be vindicated," attorney S. Lester Tate, III said. "We have been fully cooperative throughout the investigation and look forward to being able to present all of the facts in court at the appropriate time. We also continue to offer our deepest sympathy to Mr. Keais’ family."

Tate added that Kelley will continue to serve in the legislature since the charge is a misdemeanor and there are no "implications on his legislative service."

Editor's note: This story has been updated to include booking and bond information.