'Is he alive?' Crews combing Kennesaw Mountain in search for missing hiker 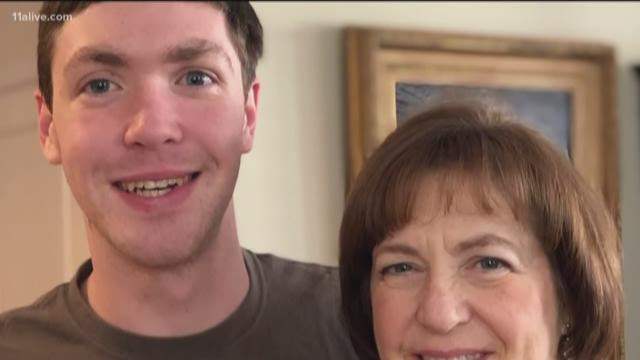 Investigators in Cobb County are sparing no resources in their search for a missing hiker.

The 25-year-old man has not been seen for nearly a week.

The biggest clue in the search for David Blake was uncovered in the overflow parking lot at Kennesaw Mountain Park, where authorities found his blue Nissan Sentra, with the keys in the cupholder.

"I was thinking, 'Oh, no; oh, no' -- because they said the keys were there and I was like, that's not right," said David's mom, Neill Blake. "So I was afraid that something had happened to him."

For the last five days, Neill and her family have been walking the woods, trying to find clues that might lead to her son, but so far, nothing.

"I don't know anything else to do," she said.

The 25-year-old has had no activity on his cell phone or bank accounts since last Thursday. No one even knows what he was wearing.

"It's tough because you love him, and he's out there somewhere and you're trying to find him," Neill said. "I worry -- is he alive? It's a hard thing for a mom to think about."

Neill last saw her son last Wednesday when the went out for an evening. Two days later, David's boss called and told her he had not been at work.

"That time we went ahead and started our investigation with him as a missing person," said a Cobb police spokesperson.

Since then, Cobb County Police say they've searched for him by air, on land and even brought out K9 officers.

"Some of the challenges include the fact that Kennesaw Mountain Battlefield is so large," the spokesperson said. "It's an expansive area that is very difficult to search for one person."

David is no stranger to these trails, but his family cannot help but worry.

"It's like this is a nightmare that just won't go away," his mother said. "I just can't wait to get my arms around David and tell him how much I love him in person."

Blake's mom thinks maybe he got really sick or hurt on the trail and couldn't make it out.

Meanwhile, the search has been suspended for the overnight hours, but police say they will continue searching for the hiker until they find him.