The 22-year-old woman, identified only as 'DP,' faced "unfathomable and despicable" acts, according to Tangipahoa Parish Sheriff Daniel Edwards. 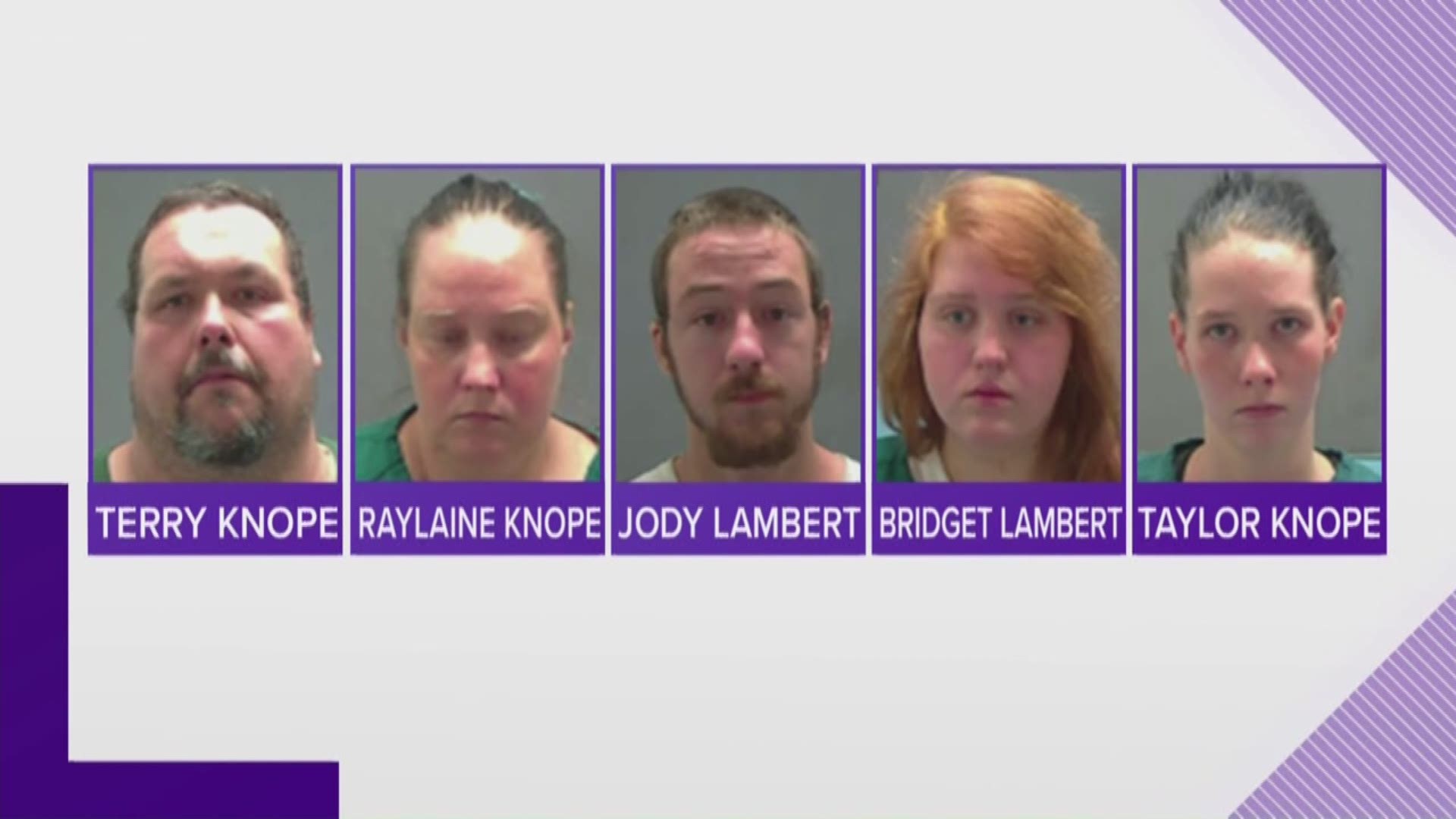 AMITE – Five people are facing a litany of state and federal charges in connection with what officials are describing a horribly grotesque crime that took place against a woman with special needs over a series of months after she came to live with them following the death of her mother in 2015.

The 22-year-old woman, identified only as ‘DP,’ faced “unfathomable and despicable” acts, according to Tangipahoa Parish Sheriff Daniel Edwards.

The five relatives are facing charges from forced labor to sex crimes and hate crimes.

Tangipahoa Parish District Attorney Scott Perrilloux filed felony charges two years ago against Terry Knope II, Raylaine Knope and their children Taylor Knope, Jody Lambert and Bridget Lambert. The five are accused of holding a 22-year-old relative captive for a year, forcing her to live in an outdoor cage in squalid conditions.

“This is one that just makes you sick to your stomach,” said Edwards. “You just don’t understand how someone can treat an animal like that, much less a fellow human being. She was basically living in a cage outdoors.”

Edwards said deputies made the discovery of the abuse in a backyard at 57509 Rushing Lane. DP was being held against her will, by relatives.

DP came to live with the relatives after her mother’s death in 2015. The abuse was discovered in 2016.

Documents describe stomach-churning incidents saying that DP suffered torment and abuse. At times she was forced to eat dog feces and even to consume some of her mother’s ashes with milk while the relatives stood by and laughed.

The documents say that DP was kept in a shed, then a cage, to keep her from escaping. The records say she was hit in the head with a board so badly that she started to bleed. Instead of taking her to the hospital, the documents say the relatives tried to patch her wounds with glue.

The relatives also are accused of stealing her supplemental Social Security income payments.

In addition to state charges, the five are being indicted by a federal grand jury with charges that include: conspiring to obtain forced labor, use of force and threats to interfere with federal Fair Housing Act Rights, attempted sex trafficking and a hate crime.

“You hear a lot of stuff happening way out,” said Rochelle Williams from Amite. “But not this close to home.”

Williams said she recalled the case from two years ago and said seeing the details come out again are making her sick once more.

“Thank God they’re being charged with it. I hope they don’t never get out.”

Jim Kelly, who works with sex trafficking victims at Covenant House in New Orleans said that the U.S. Attorney originally reached out to them as a possible destination for DP, but that they found a good group home that he said was “much more compatible for a woman who is autistic.”

Kelly said what DP experienced could have a lasting impression on her. He said she can overcome it, but that it will take time.