It worked! ‘Slow the F Down’ signs lead to speed radar installed in neighborhood

A man fed up with speeders put four bright signs in his yard that said "Slow the F Down." A month later, a speed sensory device was installed by police. 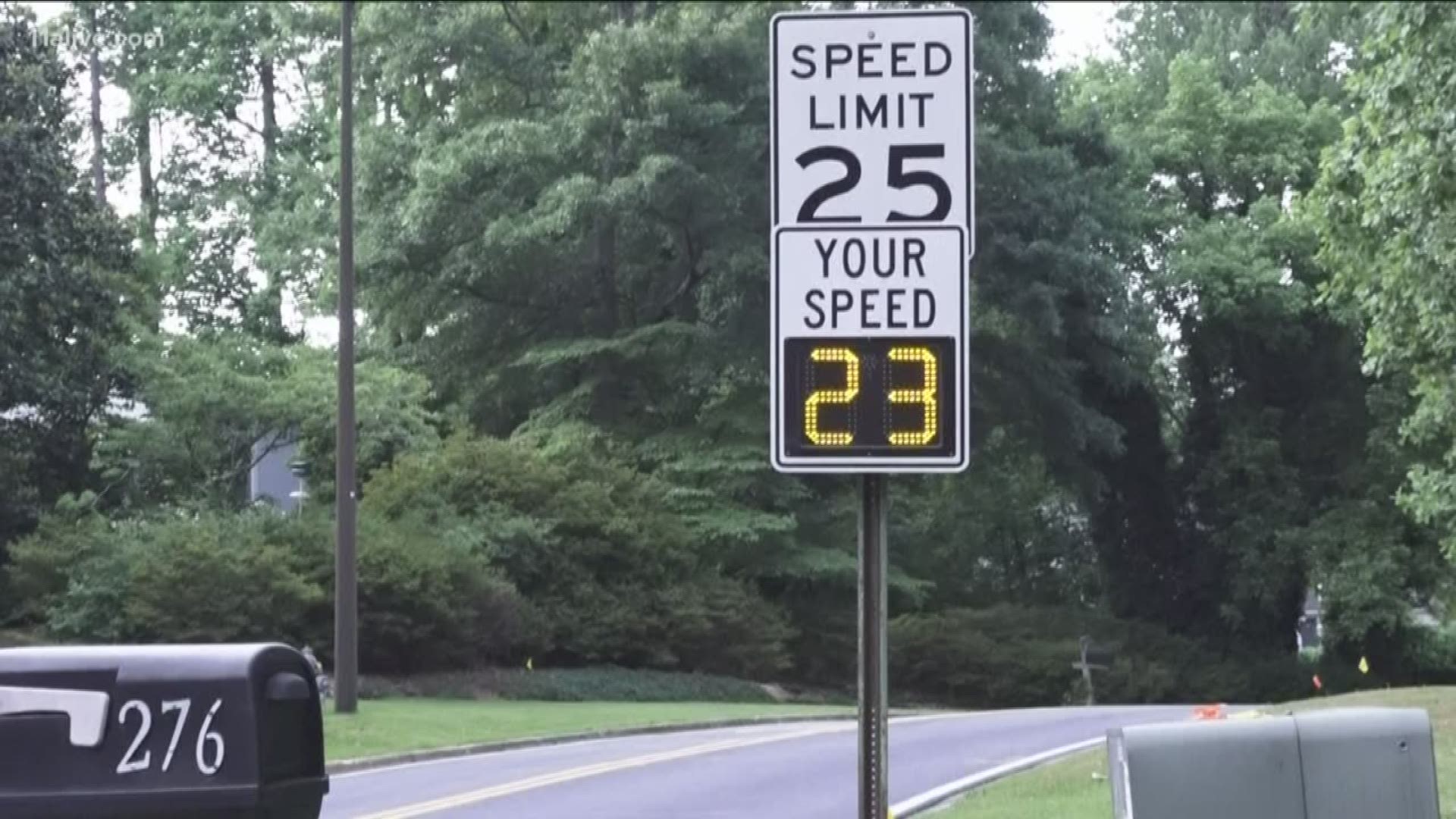 MARIETTA, Ga. — Tired of people going 50 mph in his 25 mph neighborhood, Geordie Johnston, a father of four, decided to send a message. He placed five huge neon yellow signs in his Marietta yard with a word on each one. Together, the signs made the following sentence: "SLOW THE F DOWN!!!"

It caused a bit of controversy with some neighbors. At one point, someone even stole the "F" out of his yard.

“(My) Wife was out in the back, heard a car stop and a trunk close. She saw the yellow "F" on the back of the vehicle," Johnston recounted.

RELATED: Someone stole the 'F' from the 'Slow the F down' yard display

He replaced the signs with five new ones - blue in color with a new message. "Slow Cobb PD Ahead."

"It was a joke," Johnston explained. "I took a picture of those signs and I actually sent a message to the Cobb PD Facebook group with that picture.”

Someone would even go to the lengths of stealing the "PD" sign out of their yard. But, in the end, all the controversy and eventual theft of his property paid off. A month after the first signs were placed in his yard, a speed sensory device was installed in his neighborhood, after Johnston spoke with Lt. Thomas Elledge with the STEP Traffic Division.

“Hey, somebody is listening to us. This is awesome,” Johnson said.

RELATED: ‘Slow the ‘F’ down’ signs get couple in trouble over attempt to slow traffic in neighborhood

The radar will capture and record speed and send it to the police so they can determine what else needs to be done in this neighborhood. According to RadarSign, a company that makes the devices, speeders slow down 80 percent of the time when they see them.

So with this device in place, all signs in Johnston's yard came down.

“The point got made. We had some fun with it. People saying, 'you guys are awesome. Can you come make signs for us?'” he said.

Now, a bunch of signs might not work in your neighborhood, but, you can be fast and furious to slow down speeders.

Call your local police department. Cobb Police told 11Alive they occasionally place the same signs in places with concerns over speeders. You can also call the Department of Transportation to have your roadway surveyed for speed bumps. Just keep calling, like Johnston did.