In the film, Travolta stars as Moose, a rabid movie fan who is obsessed with his favorite celebrity action hero, Hunter Dunbar. 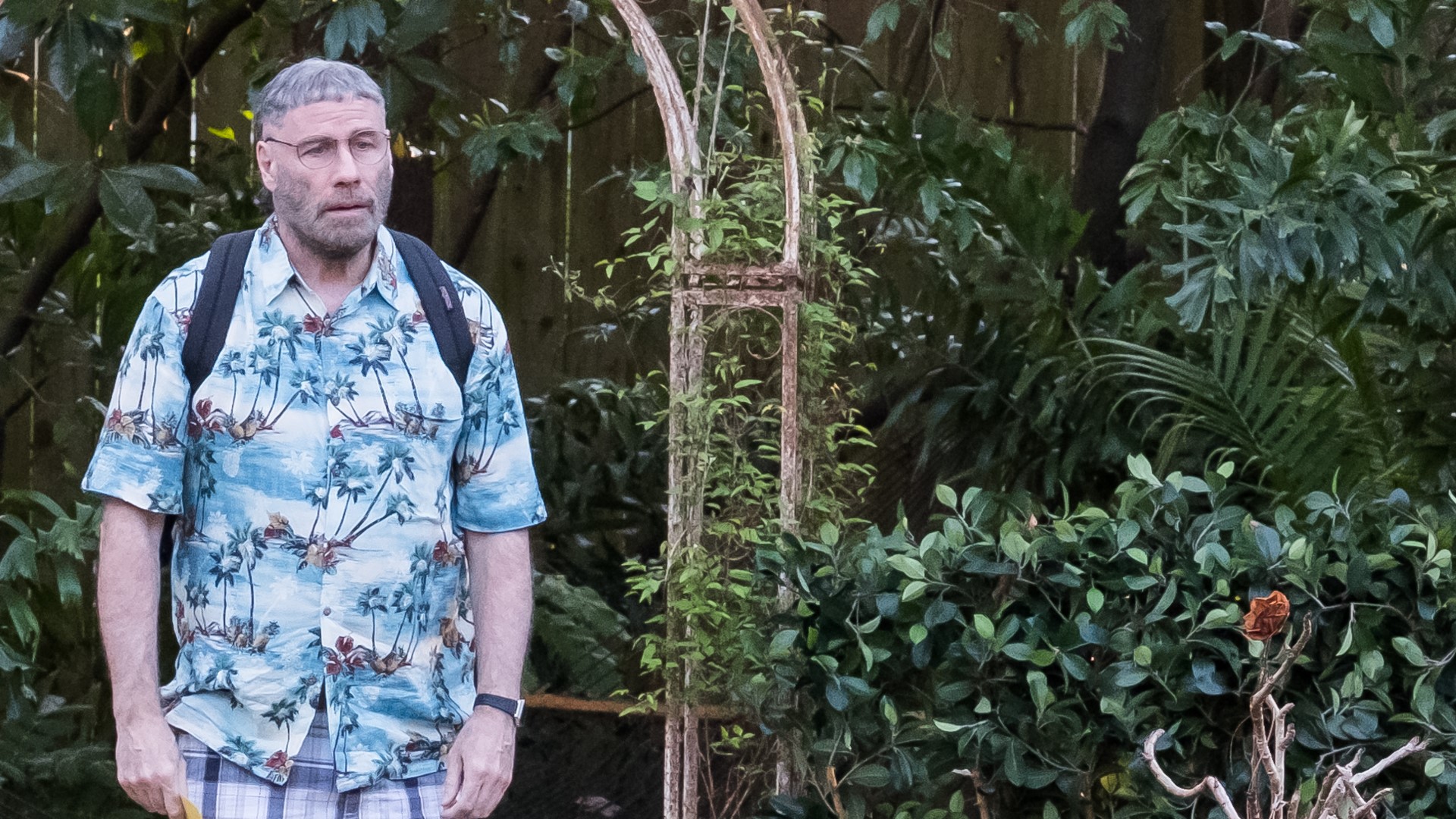 ATLANTA — Hollywood icon John Travolta has starred in some of the biggest films in cinema culture; so, when the star dropped by our Atlanta studio, we couldn’t help but ask him questions about his incredible career.

The A-Scene's Francesca Amiker sat down with the star about his latest role in “The Fanatic” and how Limp Bizkit front runner Fred Durst approached him to be in the film.

In the film, Travolta stars as Moose, a rabid movie fan who is obsessed with his favorite celebrity action hero, Hunter Dunbar. When he is cheated out of his opportunity to finally meet Hunter, Moose gets a little help from his friend Leah, a well-connected paparazzi photographer who knows how to find celebrity homes.

Moose turns to stalking to get the celebrity interaction he feels he deserves and, while harmless at first, Moose's actions begin to take a dark turn as his obsession grows stronger. As the visits continue to escalate, Hunter Dunbar finds himself in increasing danger.

“There were many lines. I just fell in love with this character right from the start because he’s like a man-child. He’s probably on the spectrum a little bit but he’s also so naively passionate about celebrity but you can’t help but to buy into him,” Travolta said.

PHOTOS | John Travolta throughout the years

The “Pulp Fiction” star said Fred Durst approached him with the idea of being in the film.

“I didn’t know Fred could write this well, I didn’t know he could direct as well, and he blew my mind. He knew this guy Moose that’s actually loosely based on a real guy and he wrote it with me in mind," Travolta said. "He just knew I could portray this guy.”

Travolta said that Durst would ask him questions about his character to prep him for his role behind the scenes.

“He would ask me questions about Moose. How are you doing today Moose? Did you run into anybody? What do you think of so-and-so and he would ask me two or three minutes of improvisation and I feel it and, bam, we start filming,” Travolta said.

When asked if a fan had gone too far in his personal life, Travolta could only recall two bizarre experiences.

“I only had two experiences. 35 years ago, in Santa Barbara, a girl hid in my closet and then, about eight years ago, a person came into my house but other than that they weren’t ill-intended,” Travolta said.

We asked the star if there was one character that he would to play next.

“I always feel the characters that I would do the best are in someone’s else imagination. And that has been 100% true. If you told me I would play the hitman in Pulp Fiction I would’ve never thought that. If you told me I play the President of the United States or a woman, or Moose - this character I would have never imagined. So, I really leave that up to the imagination of the writers. I think my destiny is much better when my thinking up something that I haven’t played,” Travolta said.