She was 14 years old when she was raped by a security guard complex in 2012. Now, after six years, a jury just awarded her the steep settlement. 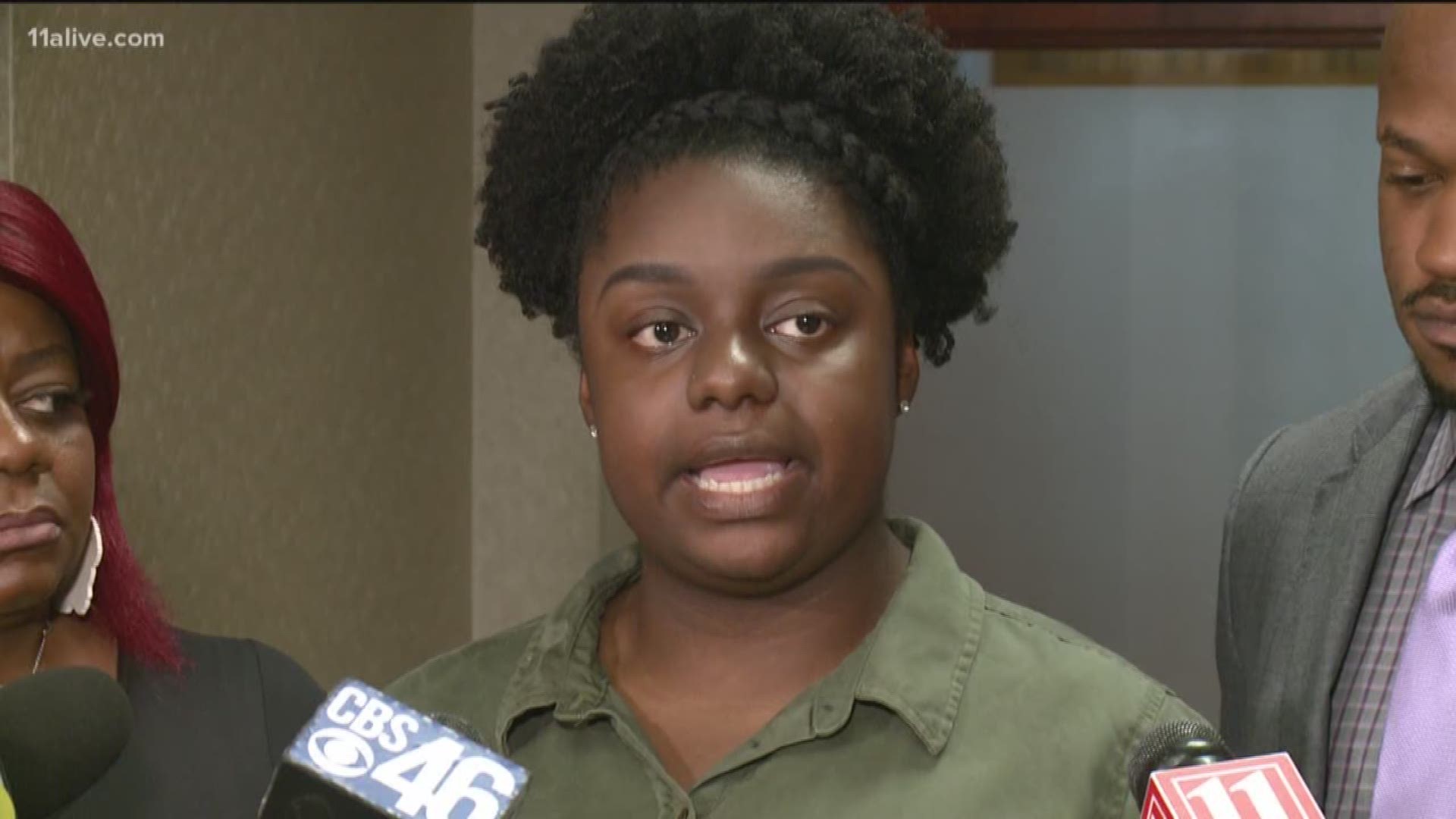 CLAYTON COUNTY, Ga. — A Clayton County jury ruled a security company will have to pay a victim of rape $1 billion after a guard they hired sexually assaulted her when she was just 14 years old.

Hope Cheston, now 20 years old, was raped by an apartment complex security guard in October 2012 when she was just 14.

Her attorney, Chris Stewart called the verdict "one of the biggest victories for women in the United States."

Court documents say Cheston was visiting a friend when she was sexually assaulted by Brandon Lamar Zachary, a security guard hired by Crime Prevention Agency, Inc. for the Pointe South Apartments. After the incident, Zachary was arrested, charged with rape, statutory rape and child molestation and, ultimately, sentenced to serve 20 years in prison.

According to the 2015 complaint, the security company had a "duty to properly supervise and/or monitor its security officer" when the incident occurred. Further, the complaint lists, the company had knowledge of Zachary's behavior against guests and tenants of the complex, but instead "ignored the circumstances that any reasonable person would interpret as leading to the injury."

The complaint charges that the security company, the owner and the manager of the complex were negligent in providing and maintaining a safe premise in more than a dozen different aspects.

The complaint sought damages as well as a jury trial. More than three years after that complaint was filed, a jury did side with Cheston and awarded her a $1 billion settlement May 22, 2018.

Cheston spoke Wednesday night to discuss the verdict handed down by the jury in her civil suit against the security company in hopes that her message will help other victims of sexual violence.

"Sexual assault is sexual assault," she said. "It's not right and it needs to be punished."

Cheston also took a moment to thank the jurors who sided with her, even after all these years.

"For the longest, I just thought it was swept under the rug and that it no longer mattered and that it just is what it is," Cheston explained. "But come to find out that 12 strangers feel like what I went through and my story and how I feel – after six years – is worth a billion dollars? That is life-changing, history-making. Just beautiful news to know."

Listen to the full statement here.

Stewart said the verdict also sends a "beautiful" message to the country.

"It shows companies that 'We (women) will be heard and there are people out there that truly value us,'" Stewart concluded.