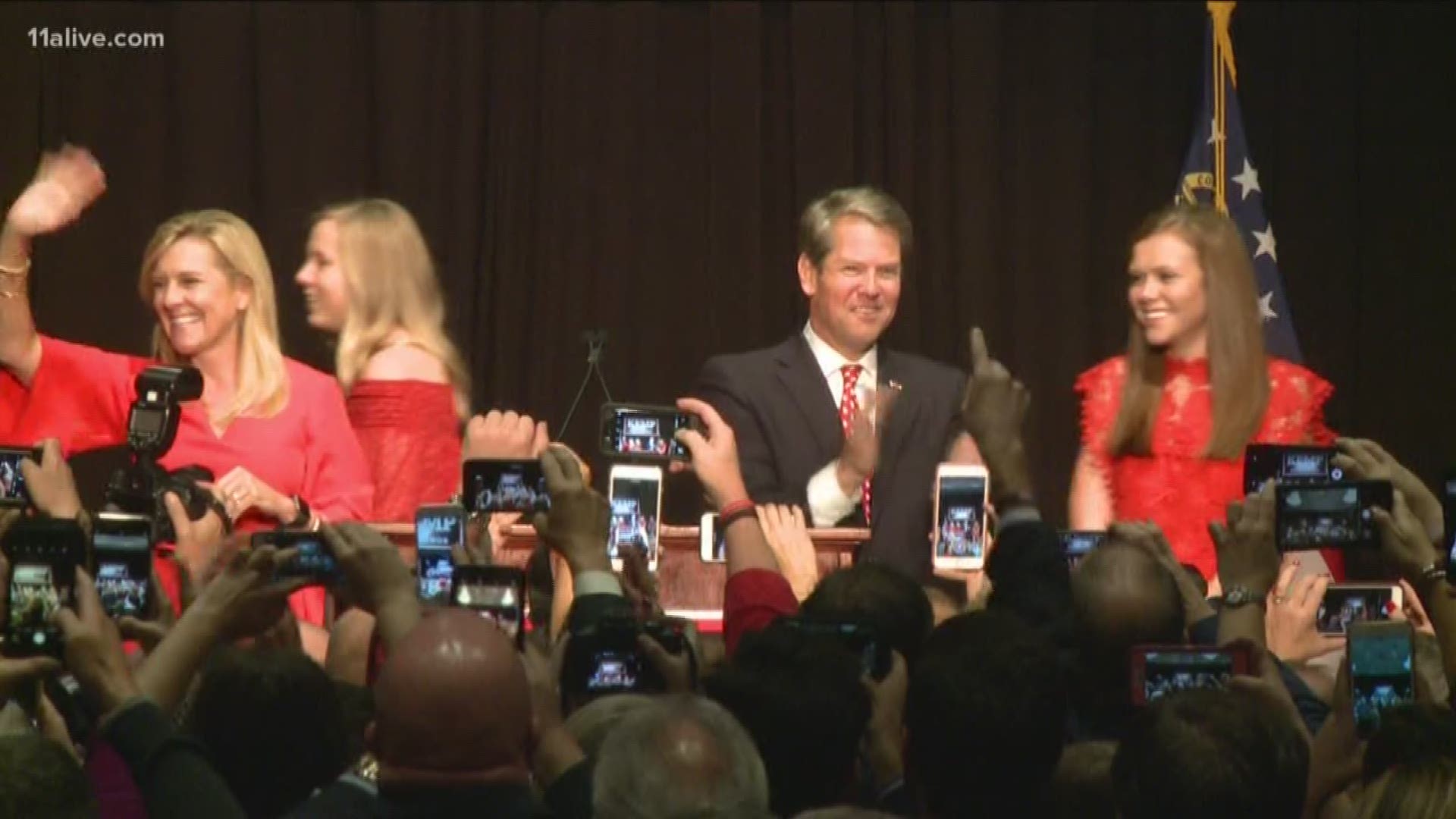 ATLANTA — Gov. Brian Kemp will face questioning under oath by lawyers linked to his 2018 Democratic opponent, Stacey Abrams.  A federal judge issued the ruling as part of a lawsuit filed by a voting rights group.

The Abrams-founded voter rights organization, Fair Fight Action, will be able to depose the governor for two hours, at a location of the governor’s choosing, sometime in the next month.

Less than a month after Republican Brian Kemp won a close election to win the governor’s office – a group founded by her opponent, Democrat Stacey Abrams filed a lawsuit challenging Kemp’s management of voter rolls.

The lawsuit claimed Kemp, as Secretary of State, violated the constitution by purging the names of inactive voters, making them ineligible to vote.

Part of the evidence against Kemp are audio recordings of him at campaign events. One of them, posted to YouTube by a liberal organization called Better Georgia, is from a 2014 event when Kemp was running for re-election as Secretary of State.

The court quotes Kemp in 2014 saying “you know the Democrats are working hard, and all these stories about them, you know, registering all these minority voters that are out there and others that are sitting on the sidelines, if they can do that they can win these elections in November. But we’ve got to do the exact same thing.”

The ruling allows Fair Fight’s attorneys to question Kemp about what he meant by saying that, and whether he intended to suppress minority voters as the suit alleges.

The ruling also allows Fair Fight’s attorneys to question Kemp about his actions as chairman of the state elections board, and its meeting and agenda priorities.

The court denied Fair Fight’s request to question Kemp about his “exact match policy” to verify voter identification; a memo encouraging polling place closures; and his decision to purge voters from the rolls in years preceding state elections. The court said lower-level officials can answer those questions.

Kemp declined to resign as Secretary of State when he ran for governor, saying that he intended to do the job voters had elected him to do. He did resign after he was elected in November 2018, allowing Gov. Nathan Deal to appoint a temporary replacement.

Stacey Abrams’ campaign pushes back against demand for emails