The French Consulate awarded Alan Hall with the French Legion of Honor. 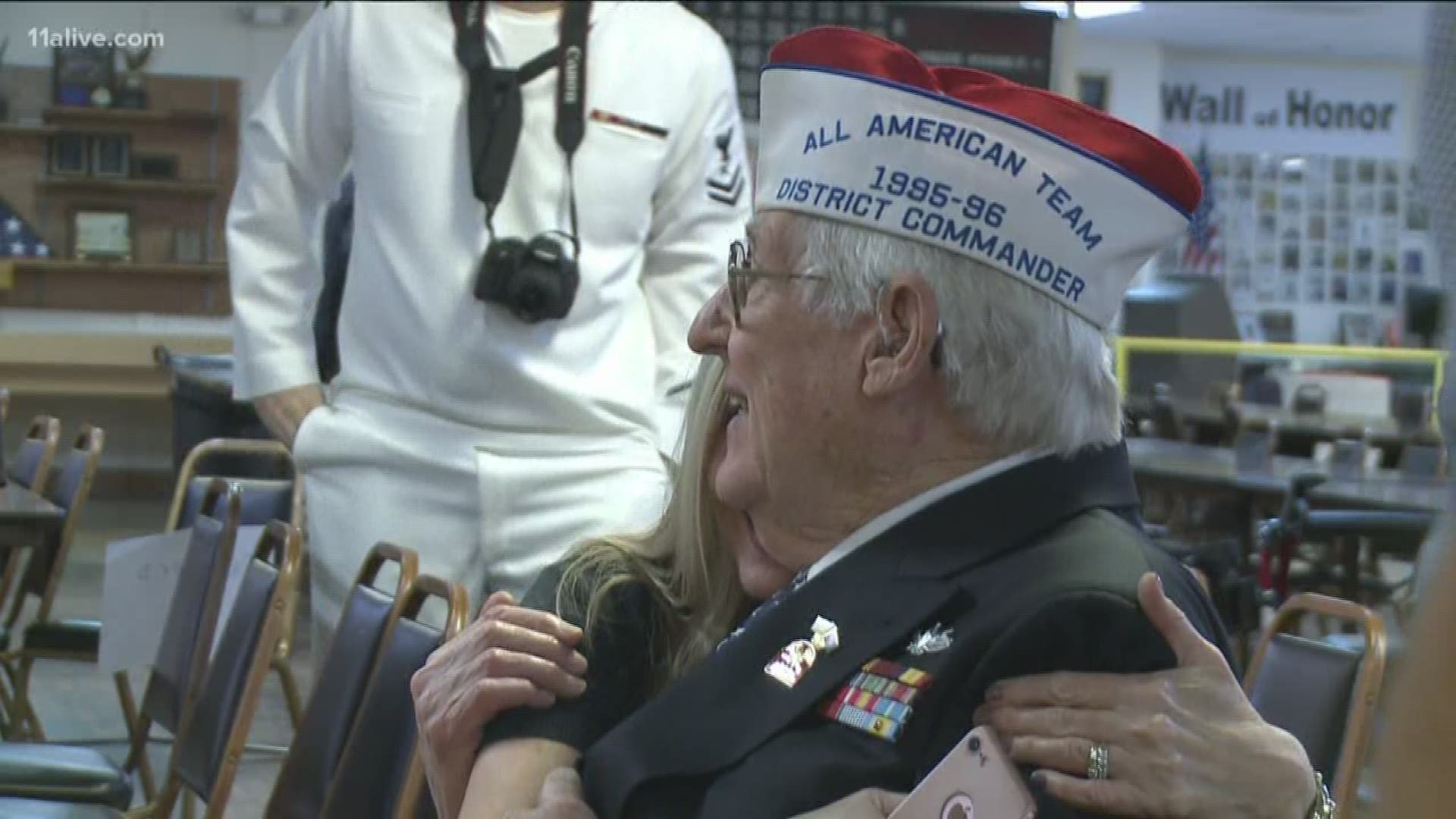 KENNESAW, Ga. — A Kennesaw World War II veteran was bestowed with a high honor, Thursday, for his valor on the front lines in France.

The French Consulate awarded Alan Hall with the French Legion of Honor, an award given to French citizens and foreign nationals who "served France or the ideals it upholds," chiefly the Americans who risked their lives fighting on French soil during World War II. It's one of the country's highest honors.

Hall severed in the US Navy and fought on the beaches of Normandy during WWII. The world marked the 75th anniversary of D-Day last week on June 6.

Hall began his service in the Navy in January 1944 after he said he hitchhiked down from Cincinnati to the state federal building because he could "hardly wait to sign up" - something his mother called him "crazy" for doing.

"My mom said, 'son are you crazy, don't you know there is a war going on?'" Hall recounted. Still, he said he wanted to go over to France to serve his country and "do what I can do" to help.

RELATED: How this father-son duo ended up crafting a wooden box delivered to the Queen of England by President Trump

Hall landed on the beaches of Normandy six months later on June 11 as part of the Allied Invasion. He went on to fight in several combat missions to help liberate the French cities of Le Havre and Nantes.

Hall worked in signals and communications, according to the French consulate, and went on to receive the World War II Victory Medal, the American Campaign Medal and the European-African-Eastern Campaign Medal.

Hall told 11Alive it was an honor to receive the award and he was just happy to be there.

"I thank them very much, and a nice turnout that came," Hall said. "What more can I say, I'm just grateful that people came to see this day."

When asked if he would do anything differently, Hall said without hesitation, "I would do it all over again."