The lawsuit states several of the children suffered from physical trauma and emotional pain related to the procedures, some of which may not have been necessary. 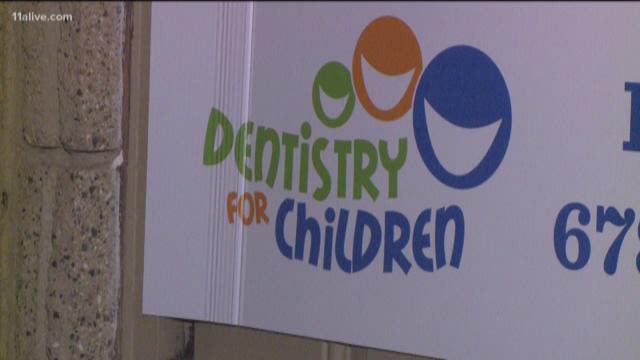 Mycobacterium abscessus, according to the CDC, is a bacterium distantly related to the ones that cause tuberculosis and leprosy and are sometimes found in water, soil, and dust.

The complaint claims a Mycobacterium abscessus "outbreak" occurred at the dental clinic's Jonesboro location between 2014 and 2016 and was a result of "severely contaminated water" used during irrigation and drilling.

"Water testing performed after the outbreak showed the microbial levels present in the defendant’s water supply was more than 182 times the maximum acceptable level,” the complaint contends. A suspected 23 children contracted an infection according to the lawsuit.

The lawsuit also states several of the children suffered from physical trauma and emotional pain related to the procedures, some of which may not have been necessary.

After contracting the infections, the lawsuit claims some of the children were forced to undergo additional medical procedures, dental procedures and surgeries related to the infection. In the most severe cases, some children even had to have bone and tissue removed from their neck and jaw, and all of them are now reportedly at risk for future issues like hearing loss or kidney damage.

But even more disturbing is the fact that the lawsuit claims the dental clinic may have known about the problem, but didn't tell the affected children's families right away.

“The dental clinic chose not to contact patients or stop doing the procedures until after the Georgia Board of Dentistry and the Centers for Disease Control stepped in to investigate,” one of the lawyers connected to the case said.

The lawsuit contends the infections happened because Dentistry for Children of Georgia failed to "actively monitor the water quality, failed to disinfect their water lines and failed to ensure adequate leadership, protocols, and response to issues related to infection prevention and water quality."

In a statement from 2016, shortly after the dental clinic reopened, Dentistry for Children of Georgia said their Jonesboro location underwent extensive renovation and deep cleaning.

"Dentistry for Children of Jonesboro took extraordinary steps during the renovation including installing CDC-recommended state-of-the-art filtration systems and replacing plumbing and medical tubing. During the closure, Dentistry for Children of Jonesboro worked closely with state agencies, as well as environmental engineers, and other subject matter experts to ensure that, once installed, the CDC-recommended state-of-the-art filtration systems were functioning properly and effectively. Dentistry for Children then began a lengthy and thorough water testing process to verify that the water at the facility exceeded all safety standards. All test results confirmed the efficacy of the filtration system, and both the engineers and the Georgia Department of Public Health endorsed the reopening of the office.

The group offered their "deepest sympathies" to all who were affected by the situation.

"Nothing is more important to us than the health of our patients, and we strive to continue our 37-year tradition of providing excellent service to Jonesboro families who entrust us with their oral health care," the group's statement said.