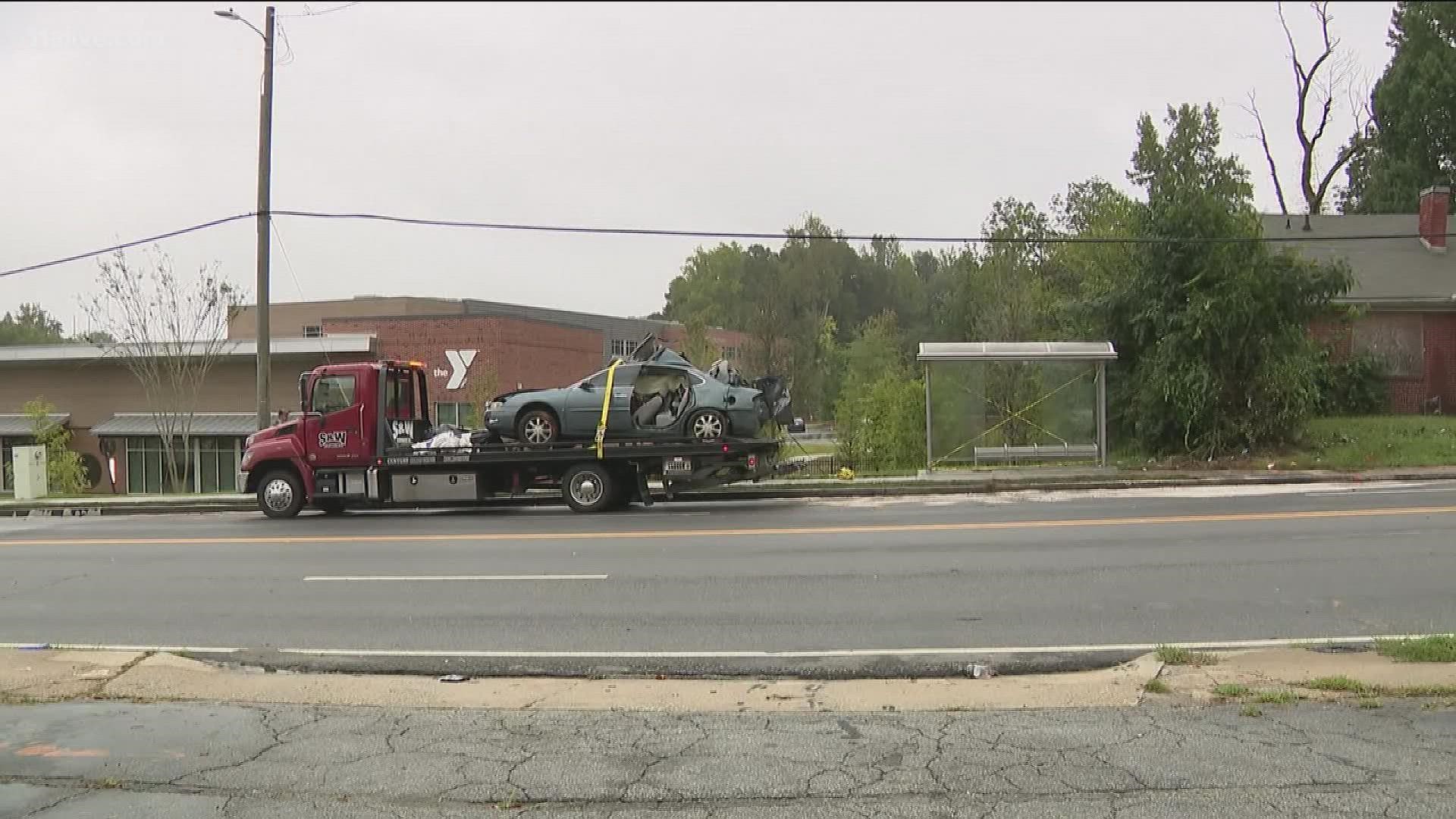 ATLANTA — One person is dead after a crash Monday evening at an Atlanta intersection.

Atlanta Police said it happened at the intersection of Donald Lee Hollowell Parkway and Elmwood Road. When officers arrived at the crash, they saw a blue sedan and a white Frieghlinter truck involved in the crash.

APD's Accident Investigations Unit was called to come investigate the scene of the crash. They said the blue sedan was the vehicle at fault.

According to APD's preliminary investigation, a man, who was in the blue car, was confirmed dead on scene by paramedics. APD said a woman, who is believed to be the driver of the car, was transported to the hospital in "critical, but stable condition."

The driver of the other vehicle did not sustain any injuries, APD said.

Investigators said it appears the woman was traveling eastbound on Donald Lee Hollowell Parkway when she lost control of the vehicle and crossed over the double yellow lines into the westbound lanes, colliding with the other vehicle involved.

APD has not identified the man who was killed at this time.