The mother said the tree was blocking her from getting the door open and she watched the hole get bigger and bigger. 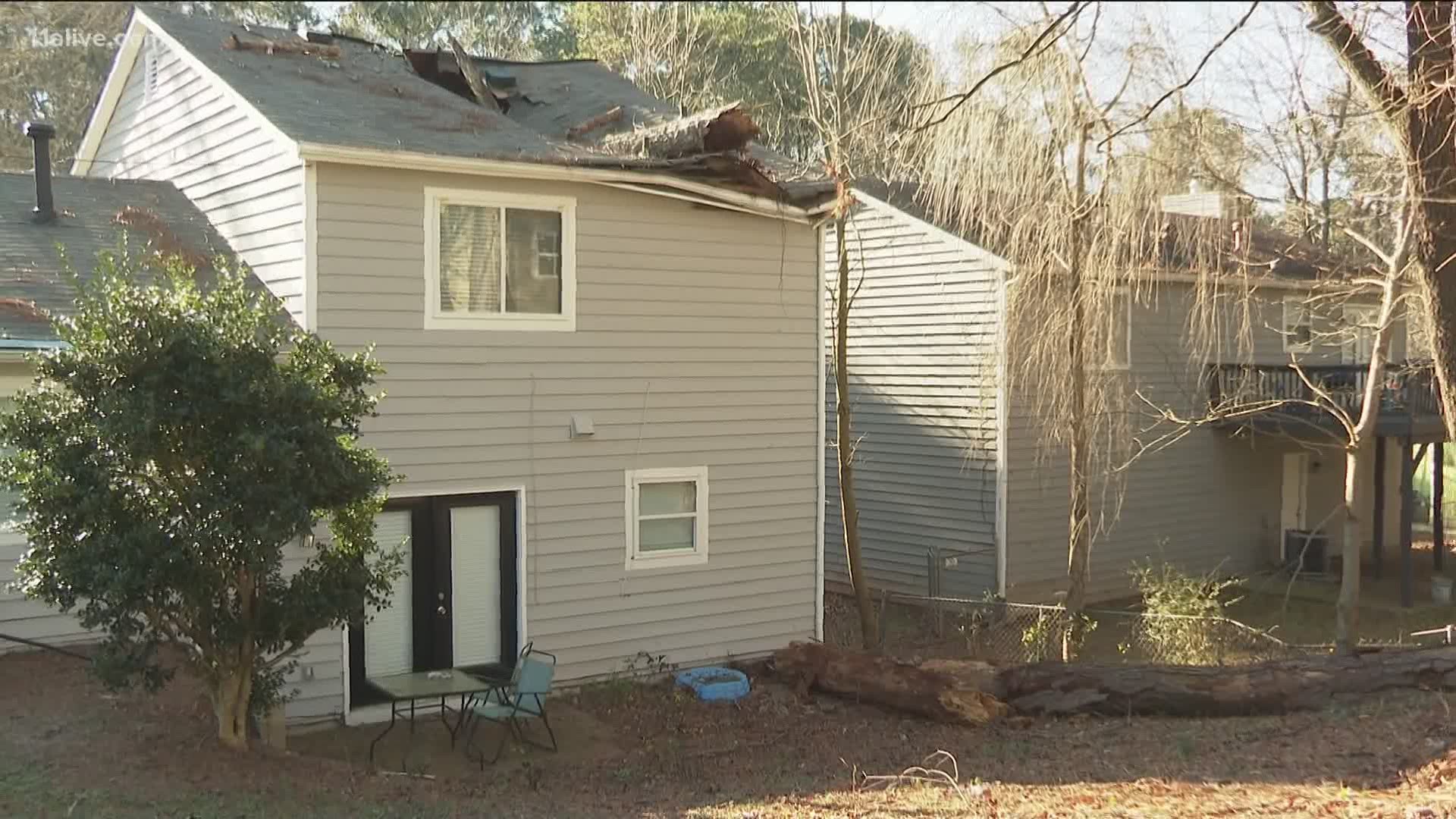 ATLANTA — One mother said she is thanking her guardian angel after her 1-year-old daughter was rescued from a home that was crushed by a fallen tree.

"It's about to cave in on my baby," the mother said as she described the tragic events.

It happened on Scarborough Lane in DeKalb County early Thursday morning. 11Alive photojournalist Stephen Boissy spoke with Ashlee Johnson shortly after her daughter Ahshay was rescued from the building.

"I heard a boom. I woke up, then I saw drywall. Then I heard the second boom almost immediately after," Johnson described. "Then I looked over to my son ... he was okay. I immediately jumped out of bed and went to my daughter's room, but I couldn't get the door open. I got it open just a little bit ... enough to where I could see her."

She said the tree was blocking her from getting the door open.

Johnson said "terrified" doesn't even begin to describe the emotion she was feeling.

"The spot that was over her bed ... I watched it get bigger and bigger," the mother told 11Alive.

"I just can't lose a kid," Johnson said emotionally. "... the spot that was over her bed I literally watched it get bigger and bigger."

She said this past year has been difficult.

"When they put her in my arms ... I just thanked my husband for keeping us safe ... my guardian angel," Johnson said through tears.