Edward Johnson, a veteran Tuskegee Airman from WWII, who became Atlanta's first African-American Master Electrician, found a way to help the Georgia Trust provide affordable housing in his old neighborhood along the Beltline. 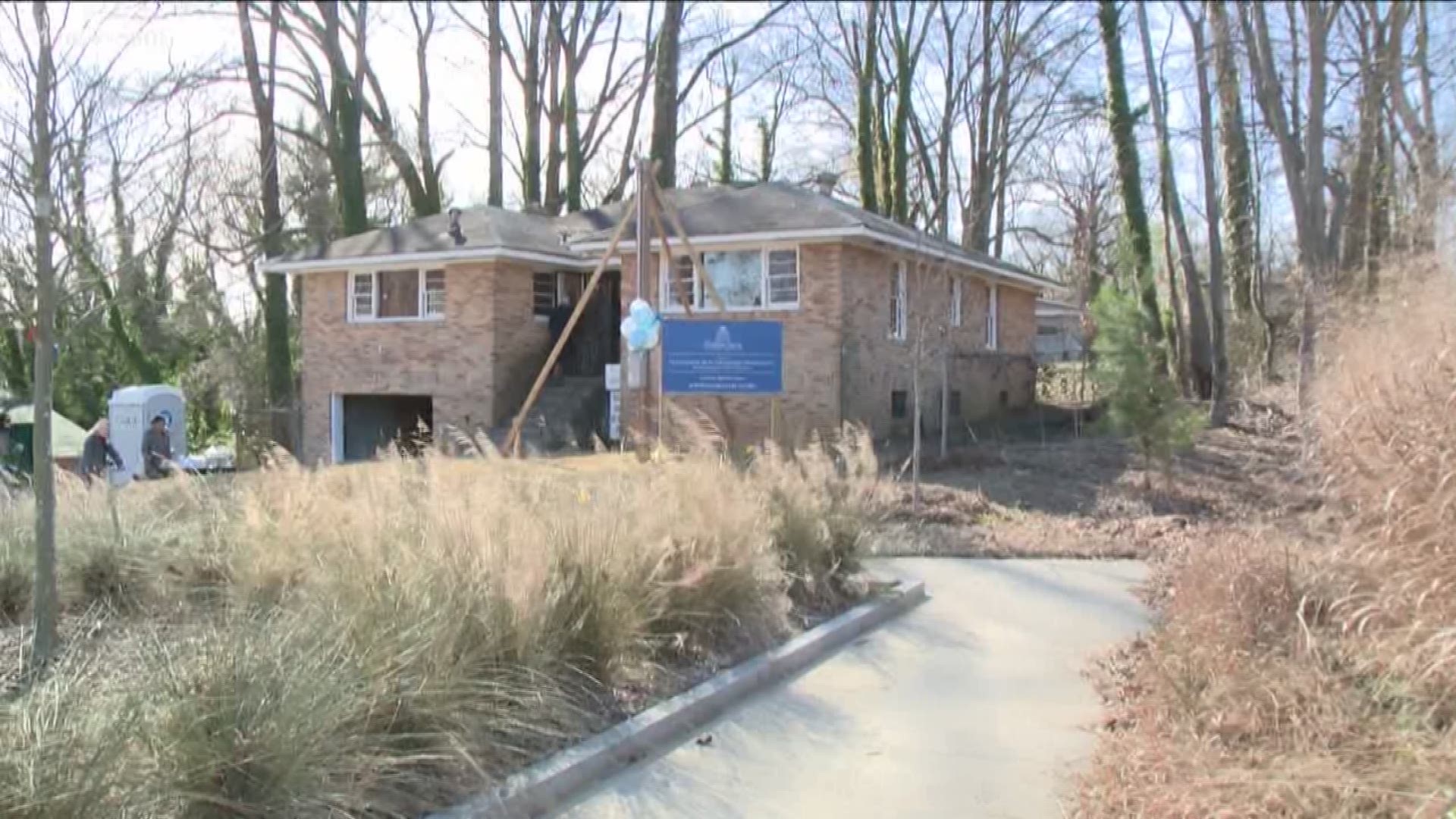 The city and preservation organizations are racing to try to save as many old homes in historic neighborhoods as they can before the wrecking-balls of high-end development erase them.

Now, a 102-year-old, veteran Tuskegee Airman and his family, wanting to leave a legacy, are doing what they can to preserve the old, for the future.

On Atlanta’s westside Wednesday morning, preservationists and private donors joined in a small ceremony in the front yard of an old home, in historic Washington Park. The moment marked  a small victory in the city’s big goal: to set aside some of the residential properties along the booming Beltline for affordable housing, for buyers who earn below Atlanta’s median income.

“We want to preserve the sense of place that exists in the neighborhood and the community here,” said Mark McDonald, the President of the Georgia Trust for Historic Preservation.

McDonald presided over the ceremony, kicking off renovations on the house and on another one nearby that the Trust bought from the Johnson family—to add the houses to the area’s stock of affordable homes for people to buy.

RELATED: Aircraft technician with Tuskegee Airmen dies at 100 in NYC

The family’s patriarch, Edward Johnson, who turns 103 later this month, built one of the houses in 1953 for his young family.

Johnson is a veteran who served with the Tuskegee Airmen in World War II as a ground school instructor. He and his wife Harriett lived in the house until 2002 when she died.

The family held on to both of their homes in Washington Park even as the neighborhood declined and families moved away.

Community activists have been marching and lobbying the City Council and the Mayor, sounding the alarm about developers trying to buy up the cheap, fixer-uppers like the Johnsons’ homes along the Beltline, aiming to tear them down and build expensive homes and earn big profits.

The Johnsons decided, instead, to sell their two small houses to the Georgia Trust, so the Trust could renovate them for affordable housing and then sell them to qualified buyers.

“There’ll be a down-payment assistance program,” McDonald said, “There’ll be low-interest loans, and the taxes will be lower because of some things we’re doing to lower the property value taxes.”

The Atlanta Land Trust is a partner in this pilot program, and Board Chair Christopher Norman hopes it will set an example for other affordable housing programs to follow.

“This is right down the alleyway of what we want to do,” Norman said, “which is to preserve housing, but also to provide permanent affordability for residents.”

But it’s a pilot project made possible only because of the legacy Edward Johnson, a trailblazer in war and in peace, and his family--blazing one more trail, for Atlanta.