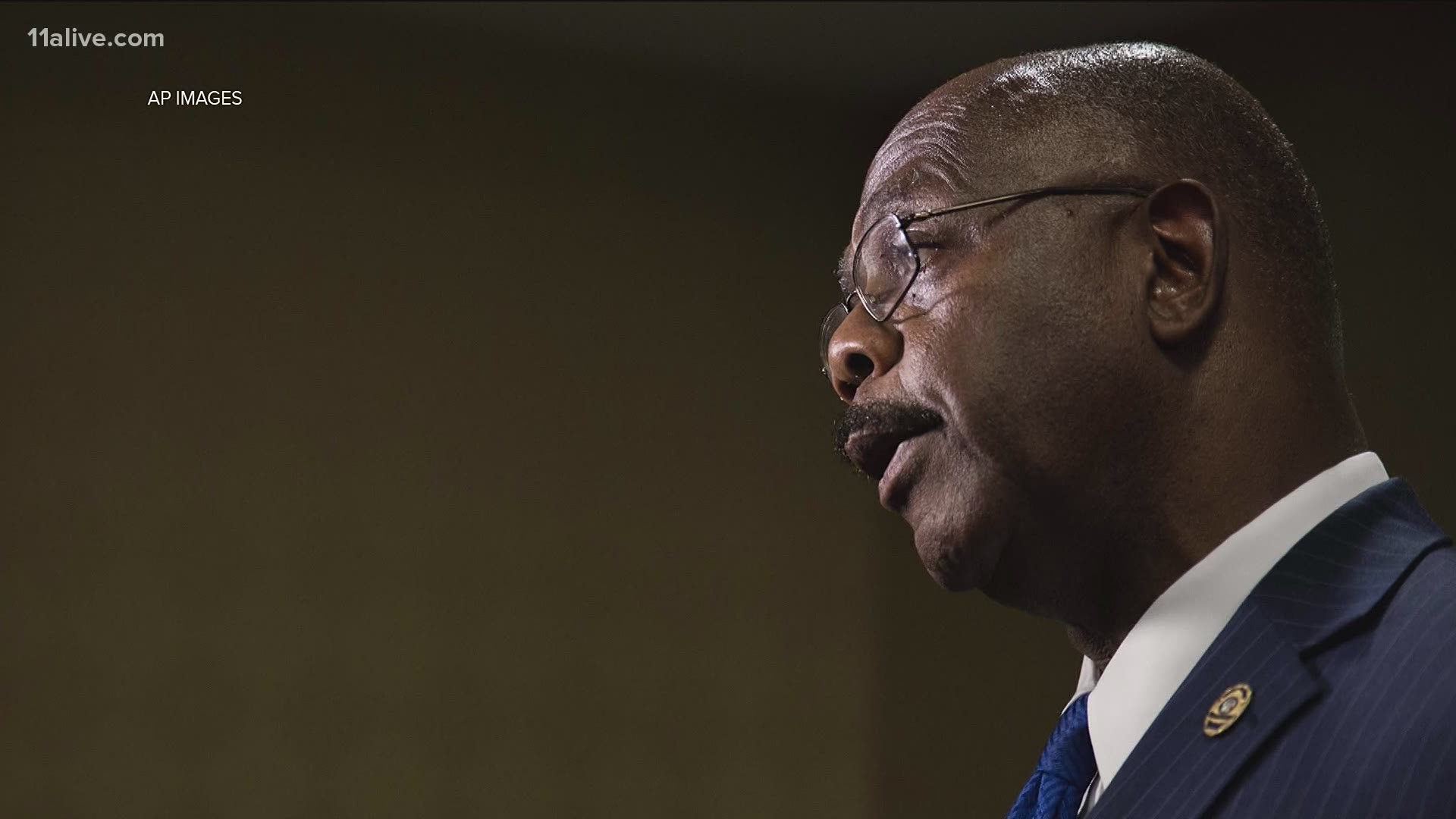 ATLANTA — Fulton County District Attorney Paul Howard has been in the spotlight over the past few months as high-profile cases put Atlanta in national headlines.

And as the countdown continues for the Aug. 11 Democratic primary runoff election, the battle is heating up for the district attorney seat. Howard, the incumbent, is battling opponent Fani Willis, who previously worked in his office as a deputy chief prosecutor.

In the June 9 primary, Willis led with 42 percent of the vote, followed by Howard with approximately 34 percent of the votes. The third candidate Christian Wise-Smith has since dropped out of the race and given his endorsement to Howard.

In an exclusive interview with 11Alive's Neima Abdulahi, Howard talked about the close run-off, and what separates him from his opponent, Willis. He also extensively opened up about his decision to quickly charge the officers in the Rayshard Brooks case. That decision led to criticism where some people believed he acted swiftly for political gain.

Howard also spoke, in detail, about a GBI investigation that alleges he misused city funds to supplement his salary back in 2014. Here is some of that conversation with 11Alive.

Running to keep his seat

Neima Abdulahi: “You are running again for district attorney of Fulton County for the seventh time. You’ve held that position since 1997. How is this time different than previous times? I’m sure the state of this nation has changed and involved, and our county has also changed and evolved.”

Paul Howard: “We’ve got to do something about policing in our communities. The death of George Floyd, Breonna Taylor, and Rayshard Brooks, they’ve triggered a nerve in our communities. I think this election is different because I think that what people are asking us to do since the D.A. is the gatekeeper of the criminal justice system, is to become an important part of that change.”

Howard went on to discuss Willis’ campaign and how he finds some of her endorsements troubling, specifically endorsements from the police union and former Atlanta mayoral candidate Mary Norwood.

“When the police union endorses a D.A., what that indicates is that the D.A. will not prosecute policemen. I don’t think it’s appropriate for D.A.’s to accept endorsements or funding from police unions."

Howard went on to address the GBI investigation after there was an allegation made against him for reportedly using funds to supplement his salary.

“This happened in 2014,” Howard said, elaborating he made the request to receive a pay raise.

“I met with the mayor [mayor at the time] asking them for a salary supplement for the city of Atlanta. They agreed that my work justified my receiving it. I don’t really care about what form of investigation takes place. As long as it’s truthful, I believe, in the end, I will be totally exonerated. Because what I did is what Americans do all the time. We ask for pay raises and pay increases. And that’s what I asked for. And that’s what the city of Atlanta sent over based upon the work that I performed for the city,” he explained in detail.

The killing of Rayshard Brooks

Howard also addressed the Rayshard Brooks case, whether charging the officers immediately violated their right to a fair trial.

Abdulahi: “When you listed the charges against the officers, did you think that there would be criticism for how fast you moved on the case? And that is one criticism that we saw – is there political interest? Why is he so quick to charge these officers? How do you respond to those who may think that way about what you did?”

Howard: “The first time that I presented charges against an officer was way back in 2002. And let me tell you. I received the very same complaints: rush to judgement. That what I was doing was political. And that has been the criticism that we’ve received on every occasion. So I expected that to happen.

Abdulahi: “Do you believe that police reform is necessary in the city of Atlanta and what would that look like?

Howard: “The reform has to take place. I don’t believe that this generation is going to be as tolerant as some other generations. And the first thing we have to do is realize that we have a problem.”

RELATED: Following demolition, what's next at site of infamous Wendy's where Rayshard Brooks was killed

During the interview, Howard talked at-length about officer-involved cases in Atlanta, police accountability, and the type of reform the city of Atlanta needs.

Howard: "I just think it’s ridiculous that, for instance, when we look at the Rayshard Brooks case, during the struggle the body cams were on. But it was only after the struggle when the shooting took place that the body cams are off. It can be changed very quickly by exerting some disciplinary measures, strong disciplinary measures. People are demanding that our criminal justice act in the appropriate way creating one system of justice. And I just appreciate the opportunity to discuss those matters with you."

Later on this week, 11Alive with talk with candidate Fani Willis where she will discuss her campaign in an in-depth interview.