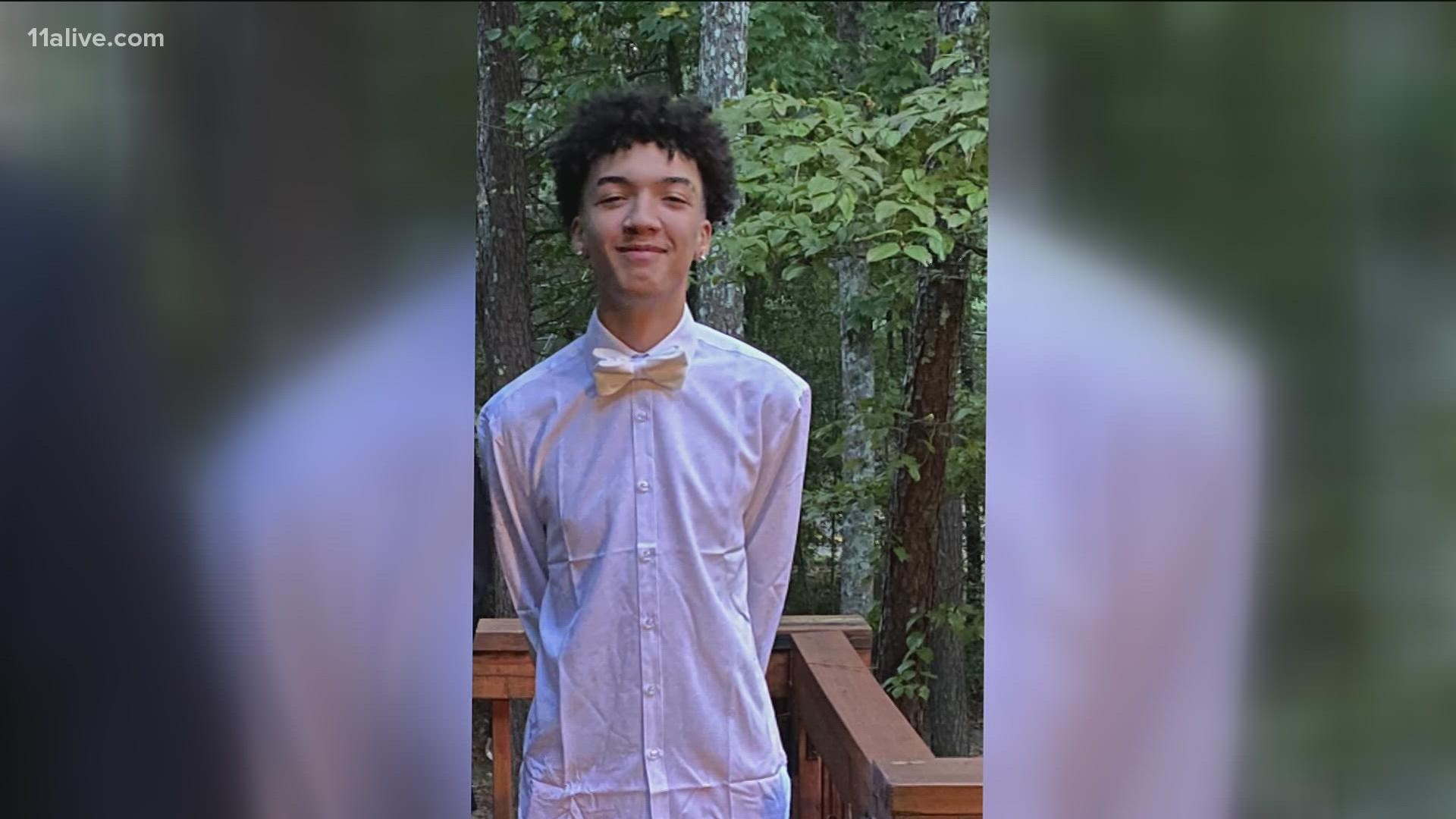 WOODSTOCK, Ga. — A heartbroken mother of a 14-year-old, who was killed over the weekend after bring shot at a teen party, is speaking out for the very first time.

Schafer says she was woken up early Sunday morning when one of her son's friends called her, "He was crying and screaming in a panic saying Landon had been shot….I didn’t know what I was hearing.”

Landon was found with a gunshot wound to his waist at a home on Victoria Road in Woodstock where deputies say about a hundred teens were gathered for a party.

Schafer's son was taken to Kennestone Hospital where she says he spent the majority of the night fighting for his life, "they let me know that when he got there, he didn’t have a pulse."

The heartbroken mother says he underwent several surgeries, but doctors weren't able to save him. He passed away with Schafer by his side Sunday.

His mom said he was nicknamed "Lando" and was one of two boys. She says he played just about every sport, with a passion for basketball and baseball. She says Lando could win over just about anyone with his personality. The teen was a freshman at Kell High School in Marietta.

As Schafer continues to process the loss of her son, she said she just wants justice, "he was just a huge light to our whole family and now it isn’t there.”

Authorities say Landon was one of two teens who were shot at the party. The other teen was treated and released. Deputies still haven't released a suspect or motive in the shooting, and are asking anyone with information to contact them.