'I could not believe that in 2021 a fully grown man would think that it was ok to come outside with a belt.' 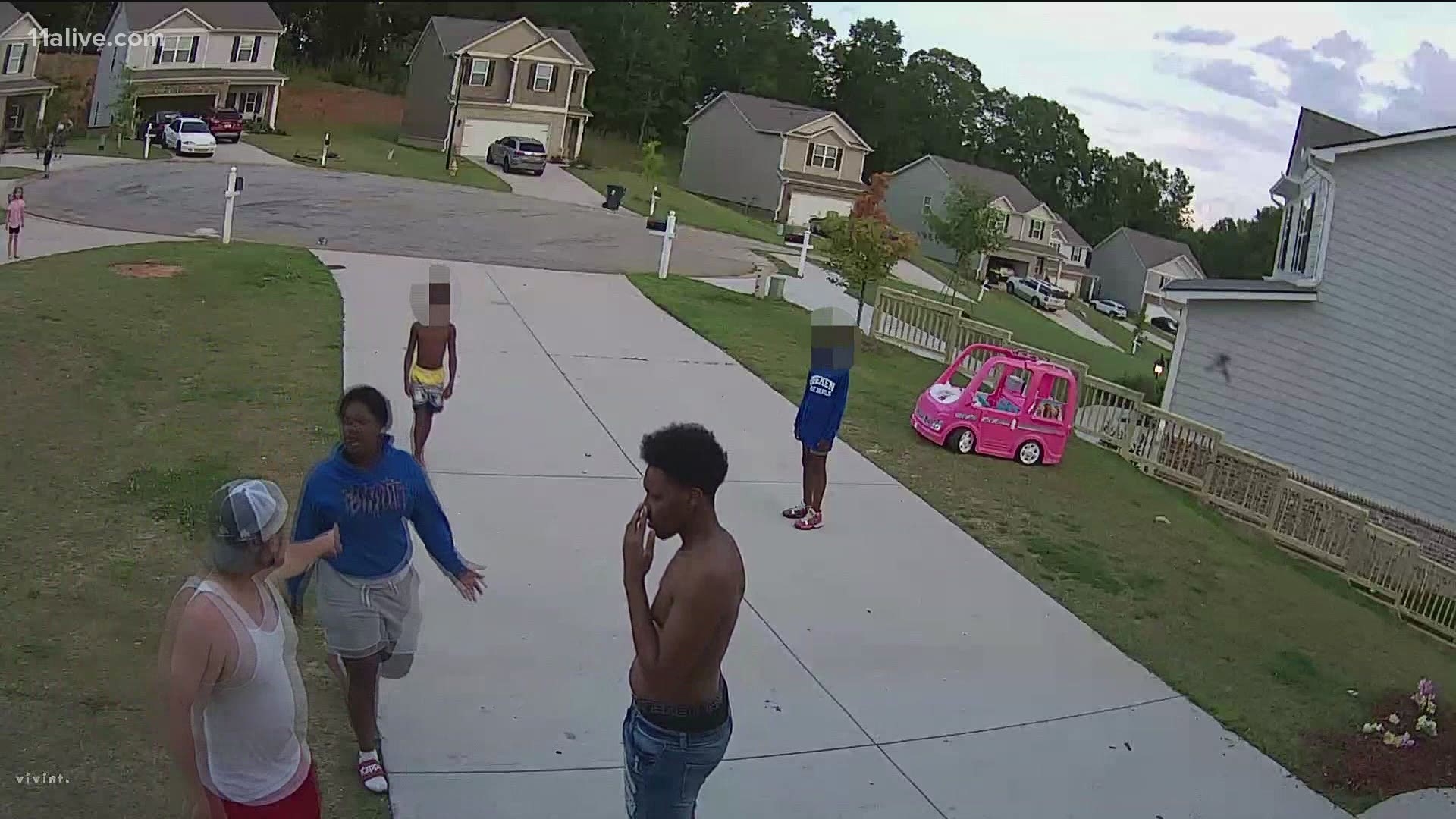 VILLA RICA, Ga. — A Carroll County mother said her 15-year-old son was attacked and beaten with a belt by a man who lives in her sister's neighborhood, and the incident was caught on video.

The video, which Maliyk Sim's mother said is hard to watch, shows the intensity of the situation and how her son responded to the violence.

"I was just panicked. I could not believe that in 2021 a fully grown man would think that it was OK to come outside with a belt," said Latika Sim.

Sim said her son was playing basketball with his cousins in Villa Rica when their next-door neighbor came outside.

"When you see the video, he is running full speed at him and he's caught off guard," she said.

Police identified the adult in the video as 29-year-old Matt Martel. In a police report, they said Martel claims he was upset the kids were using profanity.

Although the video footage is grainy, the audio is clear. During the video, it appears Martel grabs the front of Maliyk's shirt before the pair go off-camera and you hear a crash.

"And he grabbed me with his hands around my neck. He threw me up against a garage and I hit my head," said Malyik.

Malyik said he was in shock, but knew he didn't want to get in trouble for fighting back.

"My son has played football, he has played every sport, he is fully capable of defending himself. But he knew he could not defend himself. So he walked away. He walked away and still this man is chasing him with a belt. So now I am in a full panic because my kids are unprotected," said Sim.

She rushed over as fast as she could and called the police, but said she still can't understand how this happened.

"I have worked in child care for 15 years. I have had kids say crazy things to me, I have had them hit me, I have never once thought, let me take my belt off, and beat someone else's kid. So even when he's texting saying, he heard my son say a curse word, I do not care," she said.

Malyik's mom told 11Alive she wishes her neighbors would have called her if they were concerned about his language, or talked to another family member.

She said there is no excuse for the violence.

"Everybody else's kids are outside playing, so why can't my kids go outside and play, too," she said.

Matt Martel was arrested on charges of assault, battery, cruelty to children, and disorderly conduct.