Five units were damaged by fire and water. The rest were evacuated due to lack of power because of the fire. 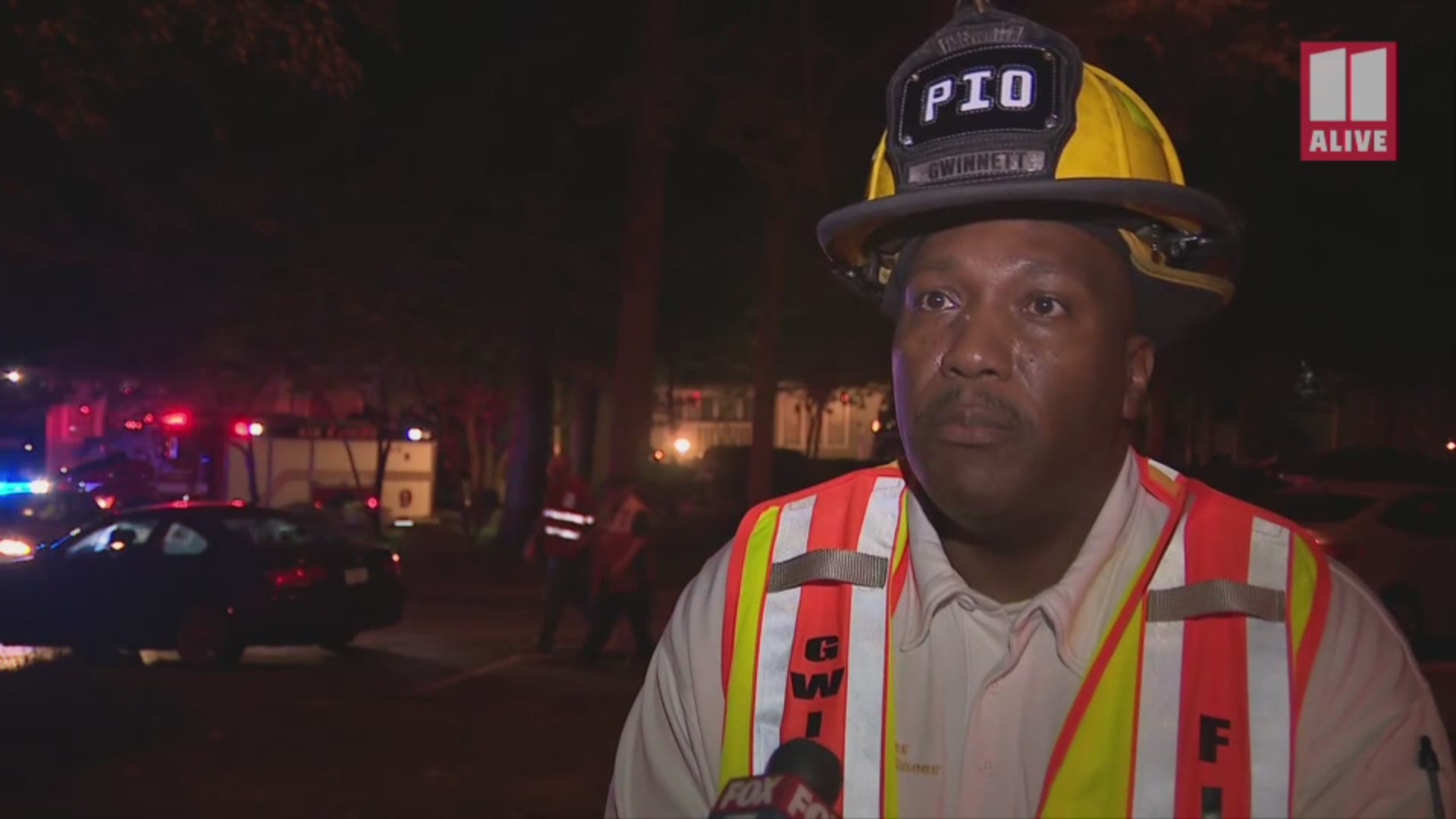 GWINNETT COUNTY, Ga. — Several children and adults have been forced out of their homes - at least for the night - after an apartment fire forced authorities to cut power to the whole building.

According to Gwinnett Fire spokesperson Donald Strother, fire officials got multiple calls just before 9:40 p.m. saying that the 800 building of the Capella Apartment Homes at 801 Preston Lake Drive was engulfed in flames.

Firefighters first tried to use one of their large hoses to try and knock down the flames. They soon found that the fire was in one of the basements on the left side of the breezeway.

Strother said the aggressive attack wasn't successful forcing firefighters to take the fight to the air with an aerial ladder.

"So, we went defensive at that point and were actually able to make a knock-down on the fire," he said. "We also had to deploy a small attack line to protect the building to the left side of the unit."

As a result of the firefight and the fact that power had to be cut to the entire building, 19 adults and 13 children were forced to leave their homes.

"The American Red Cross has been kind enough to come here and provide assistance for those families," Strother said.

The good news for at least some of the residents is that the five units on the right side of the breezeway in the building were only impacted by the power outage.

"The actual fire itself only impacted the left side of the breezeway," Strother said. "The top three units, they suffered significant fire damage, the roof itself actually ventilated. The two units in the basement are flooded with water damage."

Fire officials haven't released the exact cause of the fire as their investigation continues.