2 Chainz's Haunted Pink Trap House: Here's what we learned in the sneak peek

We haven't been inside yet, but are are two big takeaways we've learned. 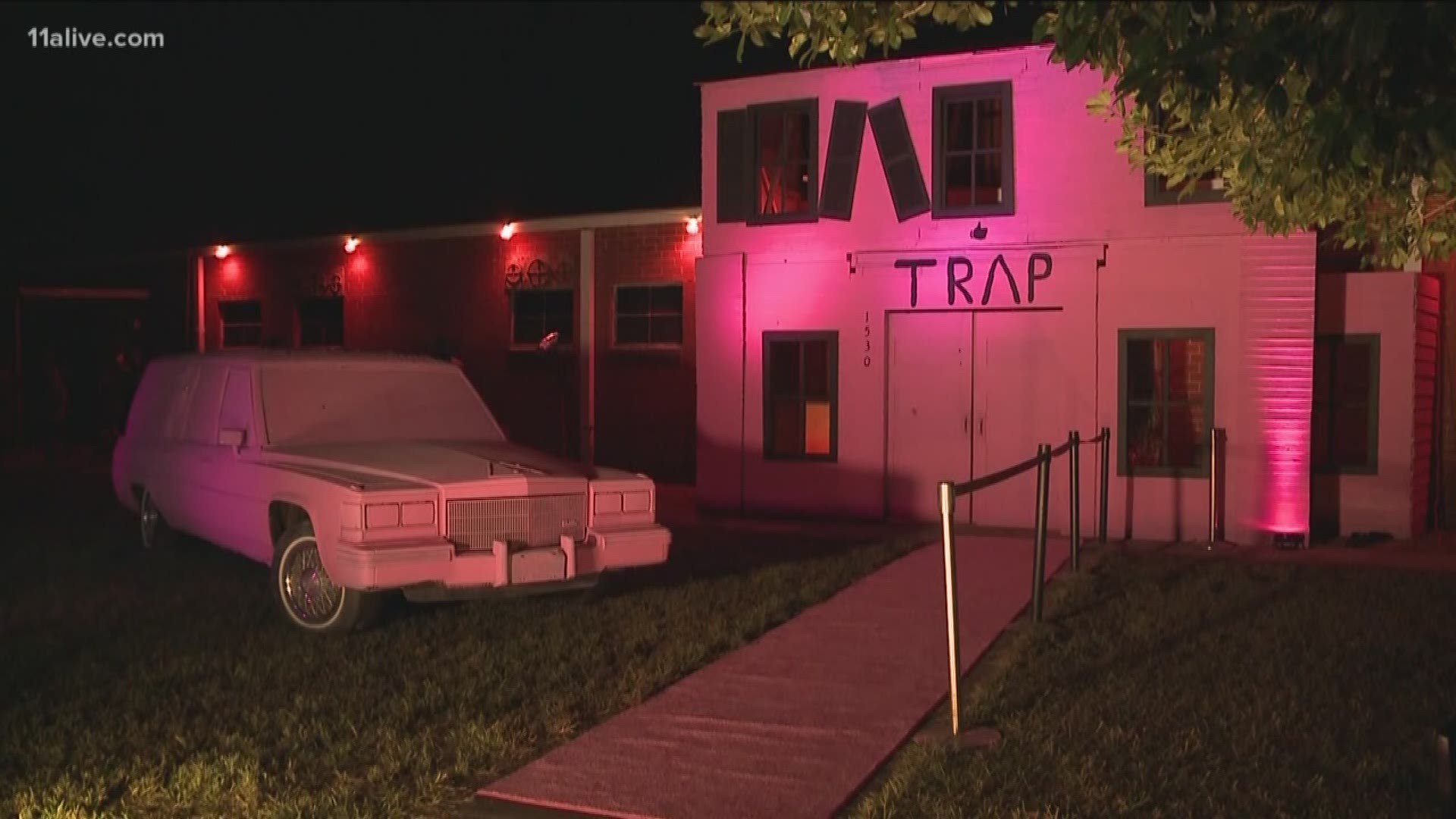 NEWNAN, Ga. — Who can forget the pop-cultural icon, the pink trap house?

It became an Atlanta landmark in its short time on Howell Mill, and then popular enough to come back at a different location, during the holidays: This time as a haunted house, just in time for Halloween.

Rapper 2 Chainz and 13 Stories Haunted House got together in Newnan to create a different kind of haunted house, that tried to deliver an important message.

"We want to try and bring awareness to the trap because the trap has a bad connotation to it," explained David Leeks with Street Execs management. "So things thar are looked at as natural and realistic, that should be considered phobias too."

We were among the first to get a preview of what the public will see, starting on Friday. We haven't been inside yet, but are are two big takeaways we've learned:

1. The tour of the house takes about an hour

2. It comes in three phases: the haunt, zombie hunting, and, for the brave, a blind-folded portion.

11Alive's Natisha Lance spoke to some of the celebs there who were allowed inside to take a tour, including R&B singer Keri Hilson.

"I'm from eastside, I'm from Decatur, so when I hear trap house, I'm hoping it's like a police raid or an FBI raid or something," she said.

The attraction will be open on certain nights starting September 21.

PREVIOUS | The pink 'Trap House' is coming back ... this time haunted