The officer returned fire, hitting two of the four suspects as they drove off. The car crashed on Candler Road a short distance away. 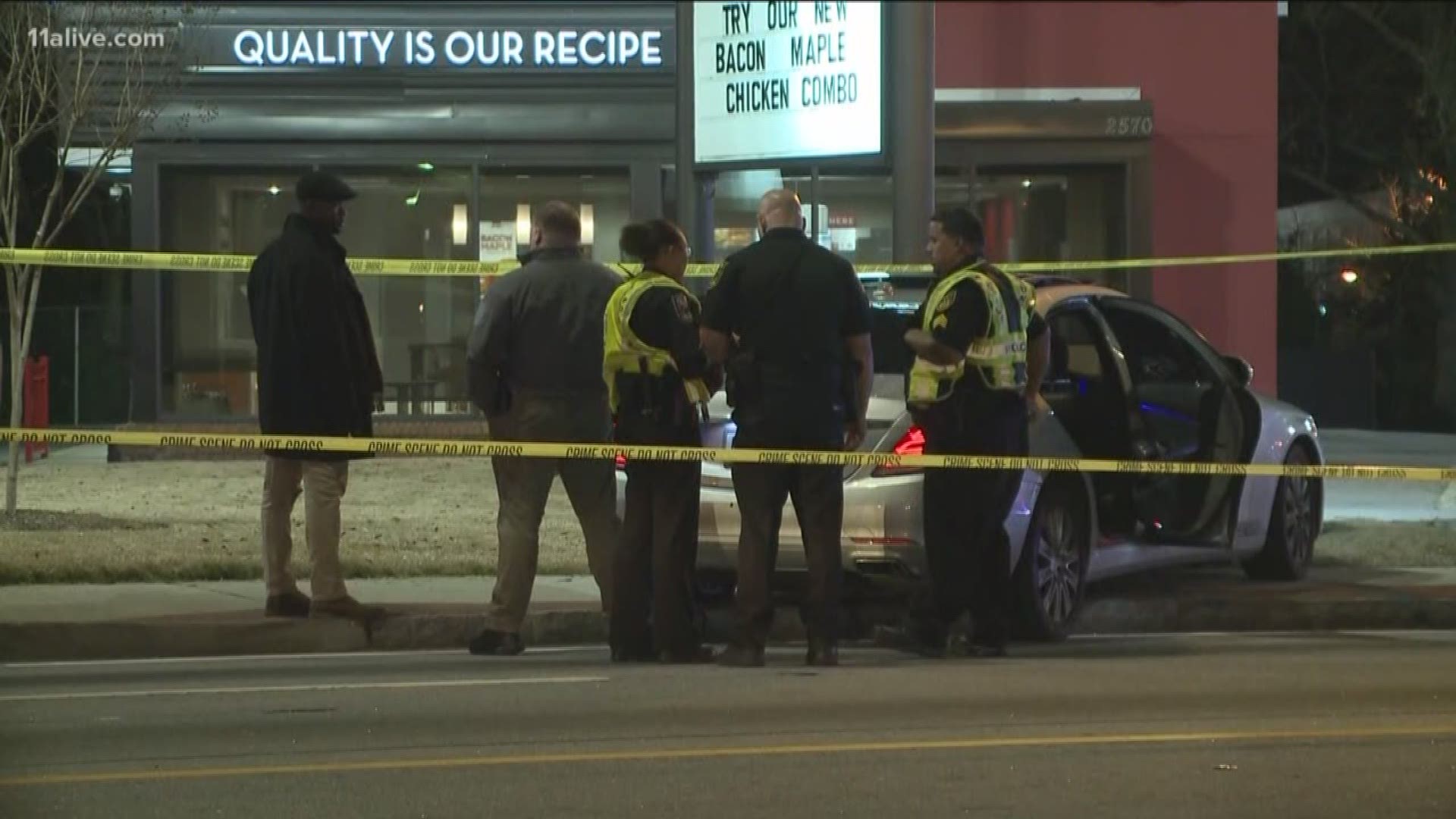 One robbery suspect was killed and one was hurt by an off-duty Clarkston police officer working as a part-time security officer at a Candler Road Red Lobster restaurant Monday night.

The shooting incident occurred at about 11 p.m. near the intersection of Candler Road and Winston Manor Drive in DeKalb County.

The Georgia Bureau of Investigation's preliminary investigation indicates the officer was working at the Red Lobster in the 2500 block of Candler Road when he noticed a man being robbed in the parking lot.

When the officer went to render aid to the robbery victim, the four robbery suspects jumped into another car and shot at the officer and victim as they drove off.

The officer shot back at the suspects, hitting two of them.

The car left the parking lot before it crashed on Candler Road. The two suspects who were hit by gunfire were able to run from the scene. Their identities and whereabouts are not presently known.

The other two suspects - 20-year-old Qasim Abdullah and 26-year-old Darion Jones - were transported to Grady Memorial Hospital for treatment of gunshot wounds. Jones was pronounced dead at the hospital, while Abdullah received non-life-threatening injuries. No officers were hurt during the incident.

As is customary in officer-involved shootings, the GBI was requested to take over investigation of the incident.

This marks the second shooting along Candler Road in just two days.

Sunday night, police said a suspect fired off multiple rounds at a security guard who was escorting an unruly customer from inside a store less than a mile away from Monday night's shooting.

The GBI investigation remains ongoing. Once they conclude their investigation, it will be turned over to the DeKalb County District Attorney for review.

Editors note: This story has been updated to correct the name of the deceased suspect.