In 2015, KTVB had the privilege of meeting Don Llyod, a World War II veteran, during a special day at the Nampa Airport. 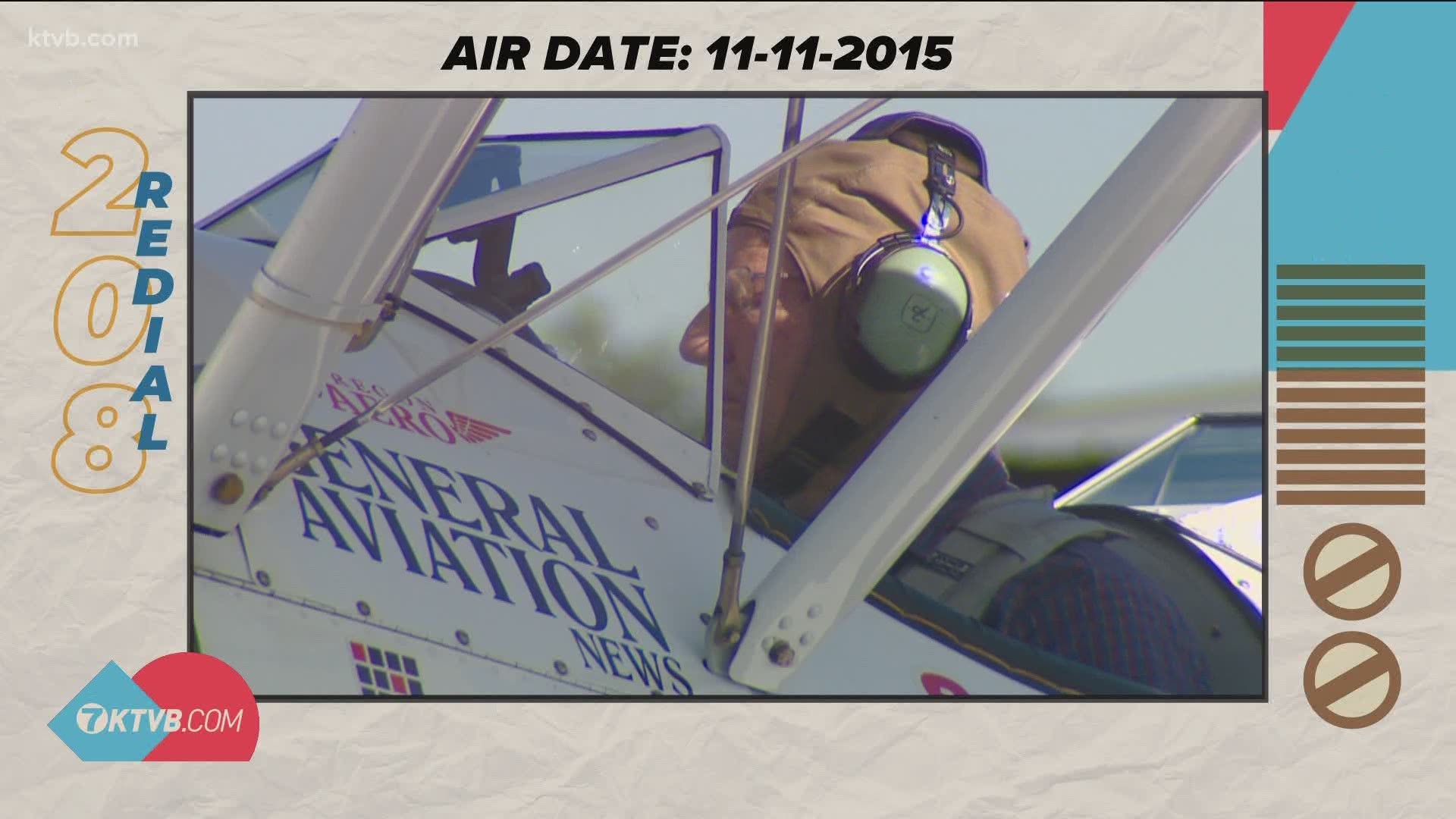 NAMPA, Idaho — During World War II, 16 million Americans served in the armed forces. In 2020, there are only about 325,000 still alive, according to the National World War II Museum.

In Idaho, there are about 1,800 World War II veterans alive. Five years ago, when this story originally aired, there were about 850,000 WWII veterans alive in the U.S. and about 5,500 of them lived in Idaho.

In 2015, KTVB had the privilege of meeting with some of these veterans during a special day at the Nampa Airport.

For residents of Salmon Creek Retirement Home, Wednesdays are field trip days. The folks were excited to board Darryl Fisher's 1942 Boeing Steerman. Fisher is the pilot and the founder of Ageless Aviation, a non-profit that travels around the country, providing veterans in this former cropduster.

"It gives them a thrill and an experience that they thought they would never have again, that's why I do it," he said.

After boarding the bus 15 minutes early, these folks lined up in the morning shade for their turn on the plane, and they could hardly wait. The rotation today is oldest to youngest, so 94-year-old Don Llyod is the first one up.

Llyod worked on a survey crew in Oregon when he was drafted in 1942 and sent to Denver, where he would become an armorer, reloading ammunition on B-25s in the Philippines.

He remains active and involved at Salmon Creek Retirement Home but he still finds time to work on his memoir in his downtime.

Other than forgetting his sunglasses that day, Llyod said he has lived his life with few regrets and he just doesn't have time for them.

"Oh God more, a lot more than I thought it would be. it was just really spectacular," he said.

Dial it back with more 208 Redials:

See all of the latest episodes of the 208 Redial in our YouTube playlist: